A couple weeks ago, I raved over the food at Sláinte, in Fells Point. It was a media dinner, and the food was free, but I did like it enough to go back and pay for my food.

It was just as good on my dime.

The first return trip of what is sure to be many was to celebrate my brother-in-law's birthday. On that occasion, we tried the Scotch egg (Gunpowder Farms bison sausage over a perfectly-cooked hard-boiled egg, with grits and mustard sauce)... 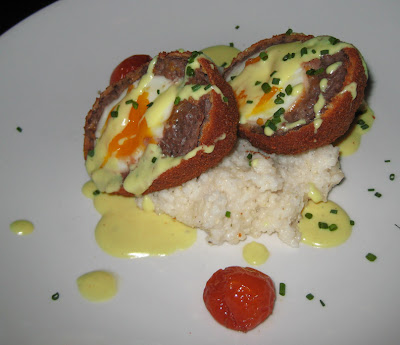 ...the poutine (potato wedges with a truffled chicken reduction and fresh mozzarella curds). While it sounds really exotic (it's Canadian, after all), think of it as fries with cheese and gravy, albeit a rather schmancy truffle-scented gravy. Sláinte's portion is huge, so prepare to share. 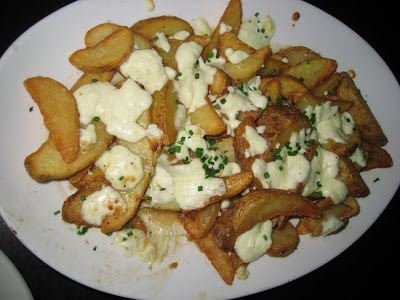 ...the corned beef and cabbage, in the hands of Chef Bill Crouse, was pretty subtle: a huge slab of tender beef, accompanied by a wedge of lightly-cooked cabbage and a pile of buttered new potatoes. Very simple, very plain, very good. 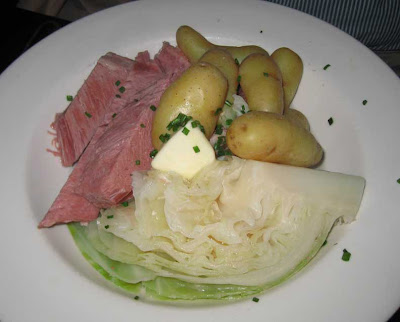 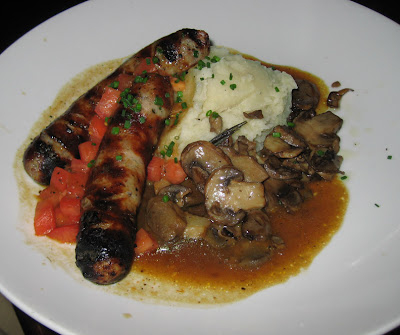 ...and the crab cake, which was filled with a nice mix of lump and other crab meat, was very moist. (I'd have like it broiled a while longer, though.) The vegetables, a mix of broccoli, red bell pepper, and artichokes, were crisp and very garlicky; while I liked the rice well enough, Sláinte slaw might be a better accompaniment. 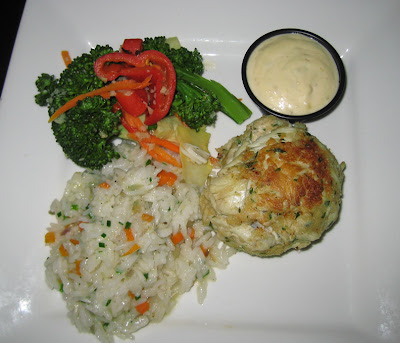 For dessert, we tried the Guinness bread pudding, which is a different preparation from what we were served at the media dinner. This was crusty and piping hot, served in a ramekin and an ample portion for two. I would have liked a little pitcher of custard, cream, or a scoop of ice- or whipped cream because it was a little dry.

I'm already looking forward to my next trip, which will hopefully be a rescheduled girl's-night-out dinner with an old pal from high school. She's already been perusing the menu and trying to decide what to try first.
Posted by theminx