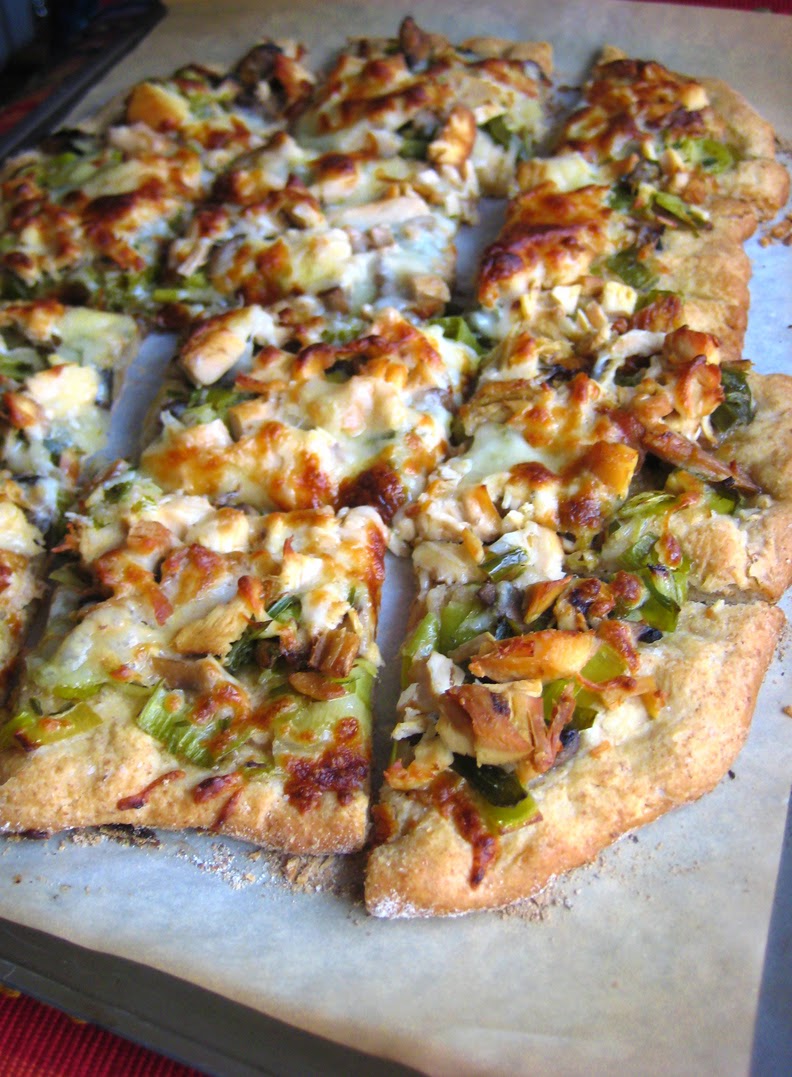 The year I graduated high school, I managed to talk my father into taking me to Europe as a graduation present. Since he graduated the same year, my cousin Tony came with us. We started out with a couple of days spent in London, then did the whole train-hovercraft-train journey to Paris before flying back to London. I had been to both cities several years earlier and didn't want to recreate the original trip. So apart from the obligatory jaunt to Harrod's, everything we did was new to me. That included staying in a different part of town. Rather than Knightsbridge, we hotel-ed in Mayfair. And one evening, rather than venturing far for dinner, we decided to walk to an oddly-named place nearby. Tiddy Dols Eating House.

Tiddy Dols, named after an 18th century gingerbread peddler, was a restaurant that served old-fashioned British fayre like steak and kidney pudding, game pie, and cockaleekie soup. Cock-a-leekie is a funny word, isn't it? It's a pretty accurate description though. "Scotland's national soup," is a fairly simple combination of sliced leeks and chicken. All three of us ordered it at Tiddy Dols, and I remember enjoying it.

Leeks and chicken worked well together in soup, so I figured it would work well on a pizza. (Because I can eat anything on a pizza crust or taco shell.) And I had both leeks and chicken in the fridge. I also had mushrooms, so I tossed those in as well. Traditional cock-a-leekie soup includes prunes, which seems pretty ick, but then I thought about how well dried cherries go with duck (and I've had them on a pizza together). I still decided to omit them, mostly because I didn't actually have any prunes. Dates, cherries, cranberries--sure. Prunes, no. I also decided that tarragon and leeks go really well together. I had a big bag of the herb (tarragon, that is), so I put some in the sauce.

Besides the cock and the leekie, there's no real similarity to cock-a-leekie soup. I just like the name. I liked the pizza, too.

Preheat oven to 450°F. Place a standard, rimless 12" x 15" cookie sheet in the oven while it is preheating (use a pizza stone, if you have one). Line a second cookie sheet with parchment paper.

Cut the leeks in half and then slice into half-circles. Rinse thoroughly under running water to ensure there is no grit between the layers.

Heat the olive oil in a large pan over medium heat. Add the rinsed leeks and mushrooms seasoned with a pinch of salt and pepper, and the red pepper flakes. Cook, stirring occasionally, until the leeks have softened and the mushrooms have given up their liquid. Add the garlic and cook an additional couple of minutes. Turn off the heat and set aside.

Melt the butter in a medium saucepan over low heat. Add the flour and stir well to combine. When flour/butter mixture is bubbling, gradually whisk in the milk and add the tarragon. Turn up heat and bring mixture to a boil, stirring constantly until thickened, about a minute or two. Season with salt and pepper and set aside.

Put a dusting of flour on the parchment lined cookie sheet. Pat pizza dough out to a 10" x 13" rectangle (or so). Drizzle with a bit of olive oil and use a pastry brush or your fingers to coat the crust completely. Spread a thin layer of the white sauce over the crust, leaving a half inch edge all around (you will have leftover sauce). Sprinkle the leeks and mushrooms evenly over the sauce, then do the same with the chicken. Top with an even layer of the cheese.

Open the hot oven and carefully slide the parchment paper (only) onto the preheated cookie sheet. Bake the pizza for 15 minutes, until cheese is browned and bubbly and crust is...crusty.

Sprinkle with scallions before serving. Serves 4.