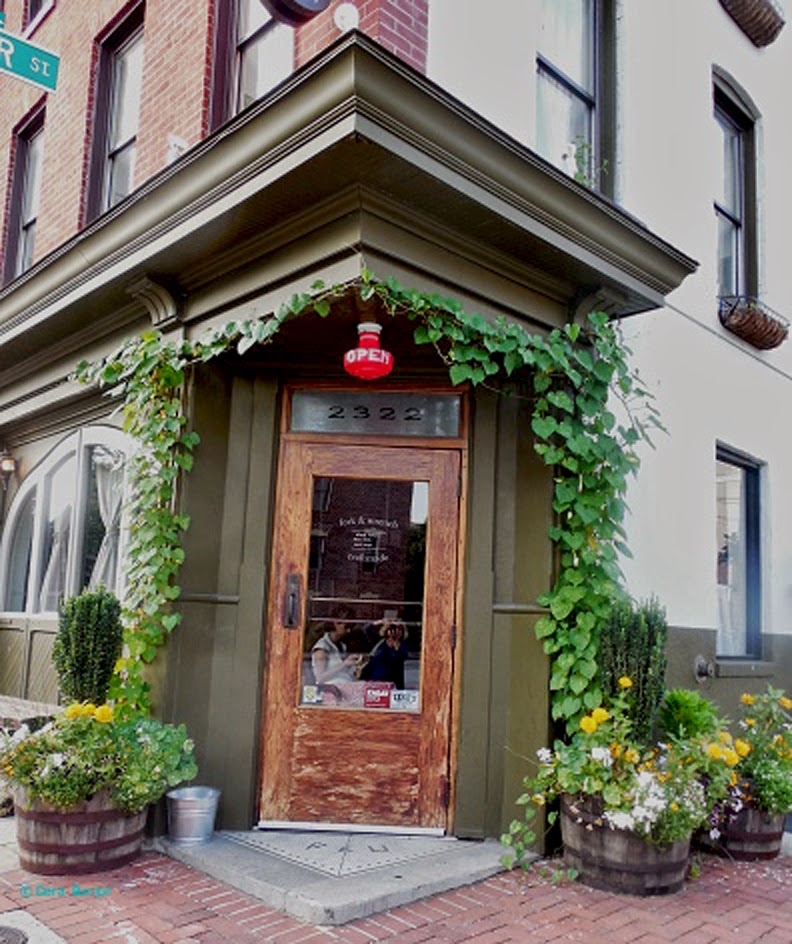 My father and I had dinner at Fork & Wrench not long after it opened in 2012. I wanted to eat there to get a feel of the place before adding it to the Food Lover's Guide to Baltimore but after ordering what our waiter talked me into (the duck) rather than what I wanted (the scallops), I left the restaurant feeling unsatisfied and probably wouldn't have returned. But then Cyrus Keefer became the new chef at Fork & Wrench and that changed everything. 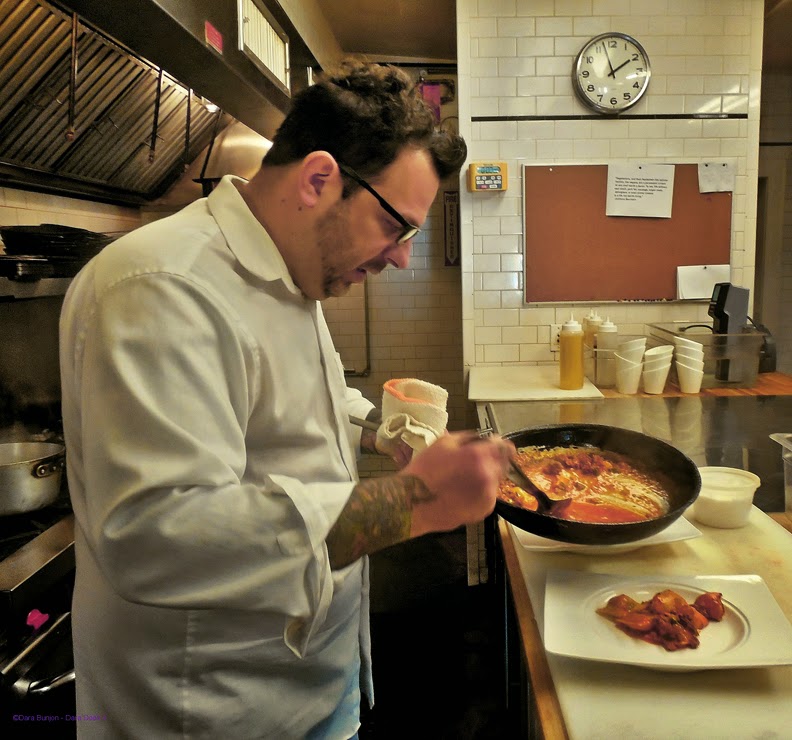 In the year that Chef Keefer has been at the restaurant, he's cooked at the James Beard House twice. Maybe that coveted award will be his one day.

Mr Minx and I were invited to a media dinner to taste what's been going down at Fork & Wrench these days.

Because I love escargot, and also because Chef Keefer donated the recipe for his escargot buns to Baltimore Chef's Table, I just had to try it. It's hard to describe - the bun is a cross between Chinese-style steamed and baked buns. Almost like a giant potsticker, with its soft edges and crusty top. And filled and topped with snails! So good. Mr Minx chose the Scotch egg for his appetizer and was pleasantly surprised to find a soft-boiled egg inside, rather than the typical dry hard-boiled egg. Not so easy to wrap sausage around a soft egg and fry it while keeping the yolk runny. Very impressive.

One of my dining companions chose the poutine to share with the table. It was topped with a ragu of pork and stracciatella ("ripped" or "shredded" in Italian). Who needs cheese curds? This was outstanding, and hard to stop eating. And the portion is definitely large enough to share.

I haven't had a really good soft shell crab in a while, and the lightly tempura-battered whale served to me at Fork & Wrench really hit the spot. It was served in a bacon dashi with a saute of fiddlehead ferns and porcini mushrooms. Finally, fiddleheads with flavor! Mr Minx had the fried shrimp, which came with cornmeal gnocchi, shishito peppers, and a tomato broth. The shrimp had that nice, er, shrimpy flavor that we like, and the diminuitive size of the gnocchi made them nice and light.

Chef Keefer was surprised that none of us had ordered the octopus, so he sent a tentacle to the table for us to try. It was accompanied by papas bravas, salsa verde aioli, and a pepper broth. Nearly fork-tender and lightly smoky, it was some of the best octopus we've tried. Another dish we enjoyed was the duck preparation du jour, seared breast served with parsnips and blackberries. Unlike the duck I had the first time around at Fork & Wrench, this baby was tender, juicy, and not ringed with fat. And perfectly seasoned, as was everything we ate that evening. Both of our other dining companions chose the arctic char. Served with petit pois, fried batter bits, and a malt vinegar-infused butter sauce, the flavors of the dish evoked a haute cuisine fish and chips.

Finally, we had to have dessert. There were only three offerings on the list, so we tried all of them. Mr Minx's went for the milk and cookies, an assortment of rather large cookies including a snickerdoodle, peanut butter/oatmeal, one flavored with lemon peel, a brownie-like square, and a mammoth chocolate chip cookie, all made by pastry chef Janae Aiken. I had the creme catalonia. Not a flan, nor was it a creme brulee, it was rich and lemony, with a texture like dense pudding. The rest of the table chose the chocolate cake layered with chocolate cheesecake, which was outstanding, but a bit too rich for anyone to finish.

The decor at Fork & Wrench has always been something to see, with it's jumble of industrial bric-a-brac and tools. And now it has cuisine that makes it truly a place worth visiting.