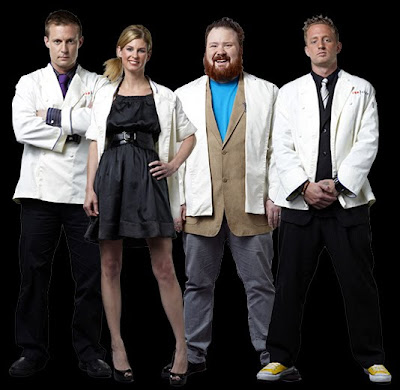 A few weeks ago I posted a poll asking for your opinion on who will be in the final four of this season of Top Chef. The four big winners were Bryan (90% of the vote), Jen (89%), Kevin (85%) and Michael V. (78%). Great minds think alike - that's how I see it as well.
We'll find out if we're correct on December 2, when the first part of the Top Chef Las Vegas finale airs. (Presumably the second part will air the following week.)
Posted by theminx