It took us a while to get to La Cuchara. I can't explain exactly why, it just did. And now that we've gone, we want to go back again and again (and we have, several times).

La Cuchara features cuisine inspired by the Basque people living in northern France and southern Spain. Not French food, and not Spanish food (although maybe a bit closer to the latter), Basque food is its own thing. And why don't we have more of it in our area? Beats me. In any case, it's just the kind of stuff I like to eat - lots of small plates, lots of wine, terrific bread.

The menu changes constantly, so what you see here is pretty much guaranteed not to be available when you go. Sorry about that. The photos are mostly to show that the food is as gorgeous as it is delicious, like the Charred Octopus, Sweet Corn, Refrito de Chorizo shown above. The octopus had a nice charred flavor, tender, with a pleasant chew, and corn kernels added a nice pop of texture. There were also some of the succulents known as sea beans (or salicornia, or sea asparagus) on the plate to add a saline crunch. And see how gorgeous? 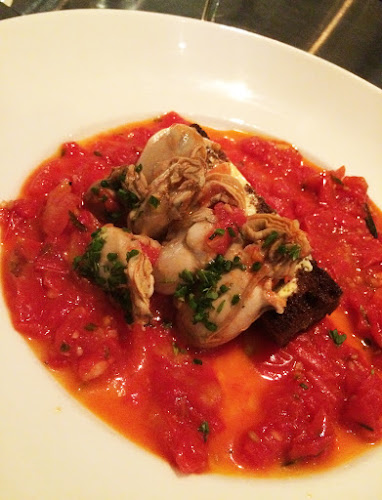 The poached oysters on a raft of pumpernickel toast (I adore their pumpernickel bread) in a sea of bright red tomato sofrito were perfect. The shellfish just barely cooked and still quite tender. We've also had two very different spins on the now ubiquitous kale salad, one massaged with a pistachio vinaigrette and served with sweet corn and cucumber, the other with bacon and bleu cheese. 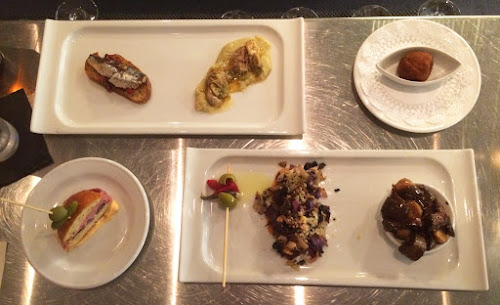 We like to sit at the bar, even when it's not Happy Hour. Happy Hour is ridiculous. Pintxos, or small one or two bite dishes, which normally cost a huge $2 are half price, as are all the "primeros," or appetizer-sized plates. The spread of pintxos above cost a whopping $7 at Happy Hour and included sardines, smoked oysters with celery root puree, a jamon croquette, half an amazing veal tongue sandwich, a gilda (anchovy/olive/pepper skewer), charred cabbage Salvitxada, and marinated eggplant. 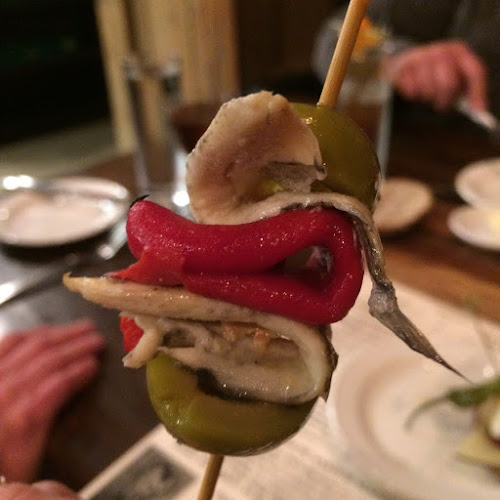 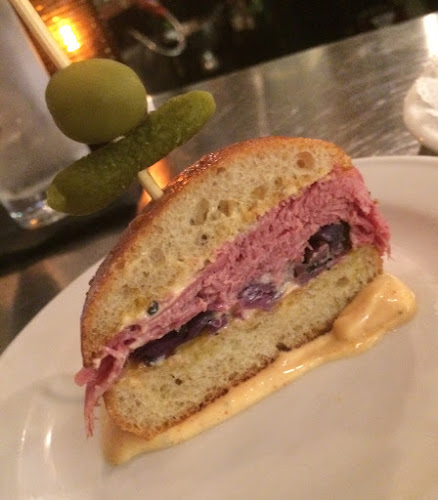 Here's a closeup of that lamb tongue bocadillo. It was like the most tender pastrami ever. Insane at $2 ($1 at HH!) 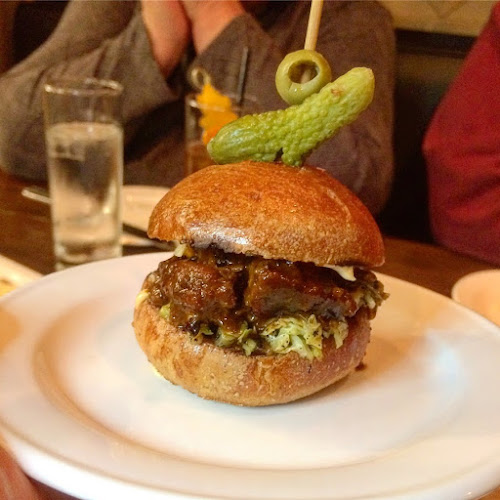 Another bocadillo, this one made with meltingly tender pork. 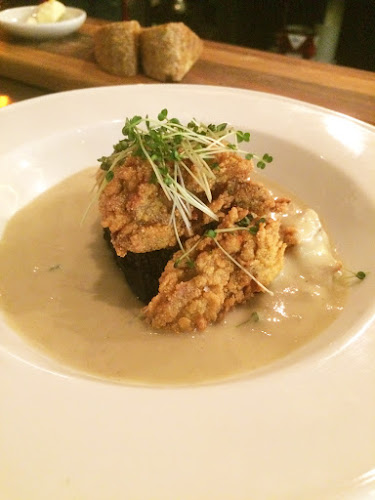 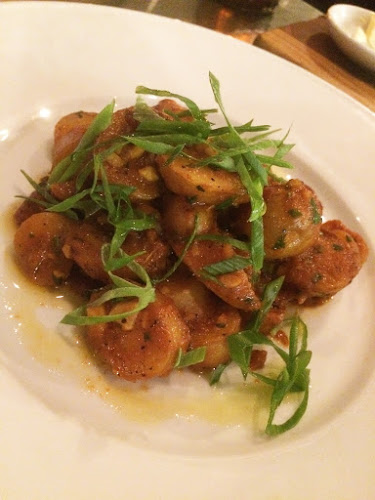 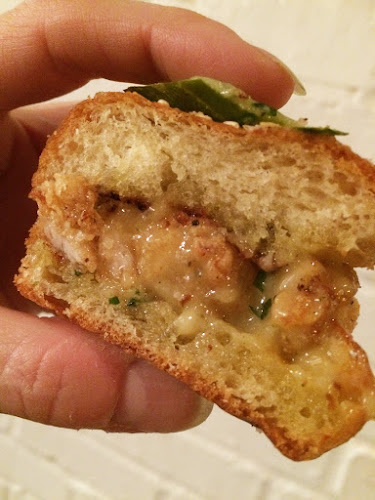 We also sampled some brunch items, like the crispy chicken torta with preserved lemon mayo. You'll never want a tiny fast food biscuit with a chicken nugget in it ever again once you taste these.

The only thing we haven't experienced at La Cuchara is an entree. I'm sure they're delicious, but they are not as budget-friendly as everything else on the menu. In any case, the older I get, the less-interested I am in entree-sized portions of anything. Suffice it to say that we've loved everything we've eaten at La Cuchara and regret not getting there sooner.