A New Tide Rolls in for By The Docks

We took my mom to By the Docks in Middle River for her birthday in 2006. It was our first time there and, after re-reading the Minx's blog post about the restaurant, I see we weren't blown away by the place. Except for the crab cakes, that is. Three of us ordered them and were stunned by the softball-sized mounds sitting on our plates. The Minx and I always planned to go back, but with all the new restaurants that popped up over the last 11 years, we just never got around to it.

As it turned out, By the Docks has gone through some changes over the years, with the original owners selling in 2010 and then buying the place back in 2015. They've recently remodeled the 19th century building and revamped the menu. We were invited to come by and check out the changes, and we were more than happy to comply. 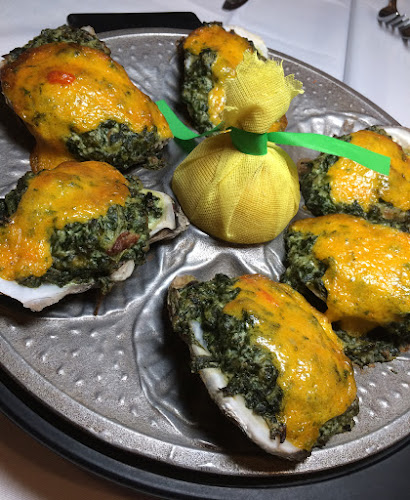 Our group started with a couple of appetizers for the table. The oysters Rockefeller uses three kinds of cheese which are folded into the spinach before being placed atop the oysters. Their own imperial sauce is also dolloped on top, making for a very rich bite that is almost a meal unto itself. 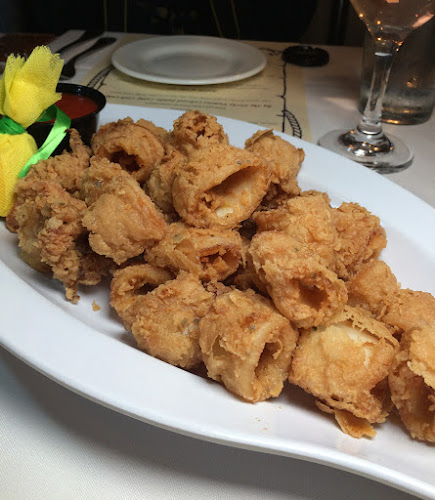 We've talked about calamari a great deal on this blog, and it's heartening to find that the quality of the preparation has been steadily improving over the years. Even with that said, I think this might be the best fried calamari I've ever eaten. The fresh calamari is first marinated in Greek olive oil for 24 hours, then hand cut into rings slightly larger than what I've typically seen, They're lightly coated and flash fried so the calamari is incredibly tender. The crunchy coating is nicely seasoned so you don't need marinara sauce, but it is provided on the side. (Diners can also choose to have their calamari tossed in an Asian-style sweet and spicy sauce.) 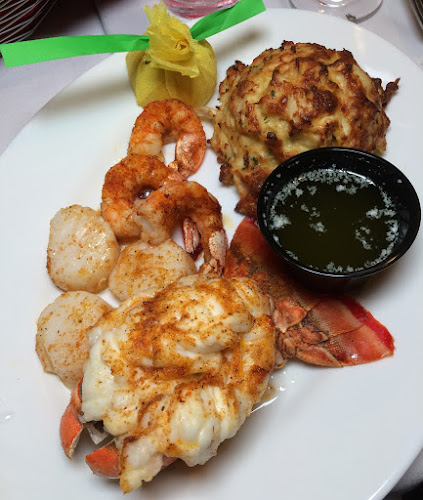 For her entree, the Minx ordered the Jewels of the Sea: the colossal jumbo lump crab cake they are so well known for along with a 4-ounce lobster tail, jumbo shrimp, and broiled scallops. The crab cakes have little filler and are very light on the Old Bay, so the sweet crab flavor comes through. As if this wasn't enough food, each entree comes with two sides, in our case, baked potatoes and creamed spinach. 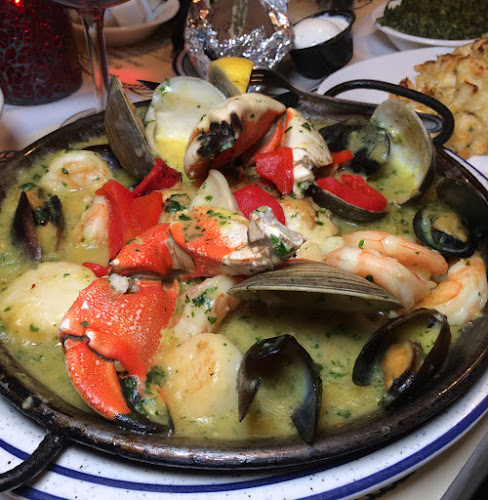 I went for the Rockfish a la Vasca: pan-seared rockfish sauteed with shrimp, scallops, mussels, clams, calamari, and Jonah crab claws in a traditional Spanish green sauce of fresh parsley, garlic, and wine. The chef is originally from Spain and he sees this as sort of a paella of seafood without the rice. The green sauce is something I'd never had before, and the sheer quantity of seafood is overwhelming. When I read the description of the dish, I expected a couple of shrimp, one scallop, a couple clams, etc. As you can see from the picture, it's an orgy of shellfish piled so bounteously that you can't even see the rockfish underneath (which was delicious, by the way).

Other diners during this media event tried the stuffed lobster tail and were presented with a mountain of broiled crab meat, like the crab cake but even bigger, with a 9-ounce lobster tail hiding underneath. Portions are truly incredible here.

Of course, it's not all seafood. While it's the star, there are also plenty of chicken, steak, and pasta entrees, and sandwiches like oyster po' boys, Reubens, and burgers. 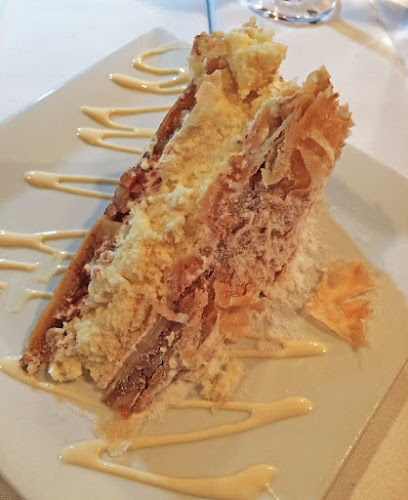 Even though we had to get boxes for our leftovers, we couldn't leave without trying a couple of their desserts, made by Yia Yia's Bakery. Turns out, the family that owns By the Docks also owns Yia Yia's, where we have been getting yummy holiday pies for years. Their baklava cheesecake has all the elements one typically finds in the Greek pastry, with a rich layer of creamy cheesecake in the middle. A great combination of two classic desserts. 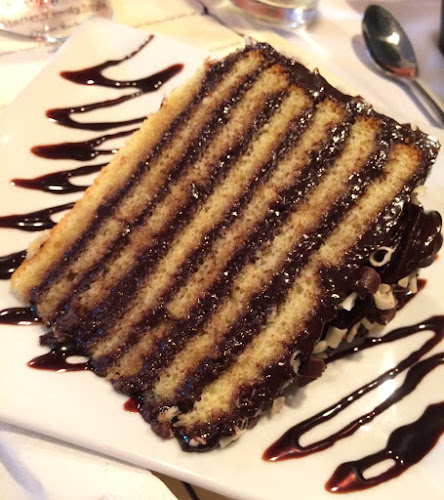 The Smith Island cake is everything the traditional dessert should be with thin layers of white sponge glued together by rich, fudge-like frosting. As full as I was, I couldn't stop eating this dessert.

In addition to their regular menu offered every night of the week, By The Docks offers specials Monday through Thursday like Monday Lobster Night where you can get twin lobsters for $28.99 or Thursday Steak Night where all cuts are just $19.99, They also offer a $17.99 brunch on Saturdays and Sundays. We're quite confident we won't wait another 11 years to go back to By The Docks.