We visited Daniela's original location, a tiny storefront on 36th Street, when we were writing our first book, Food Lovers' Guide to Baltimore. Today, they're in a much bigger space down the road, in one of those cute buildings with covered porches on the north side of the street. The menu has expanded, and they serve lunch and dinner 7 days a week. We had originally gone to Hampden to eat at another restaurant across the street, but at 5:15 it was already packed and unbelievably noisy. I was not willing to wait to eat potentially mediocre food with the din of clueless hipsters all around me, so we instead sought refuge in the quiet at Daniela.

I imagine Daniela can get fairly boisterous at times, too, when full, but the atmosphere was serene during our visit.

The menu is a real pastapalooza, with a few meat and fish dishes. Knowing that Daniela makes all the pasta in-house, however, made our decision to stick with starches an easy one. But first, the appetizers. 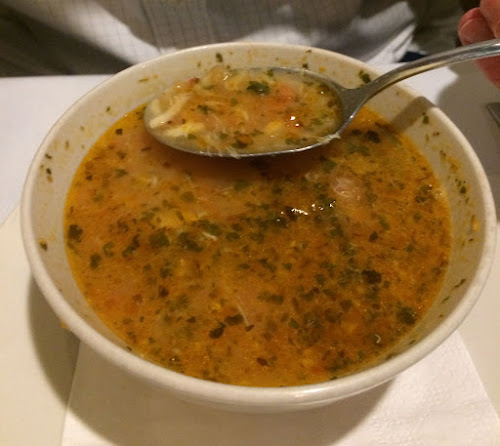 Mr Minx was intrigued by the sound of Italian crab soup, zuppa di granchio. It smelled absolutely amazing, rather like scampi, very garlicky and briny. It was absolutely nothing like the familiar Maryland-style crab, though delicious in its own way. 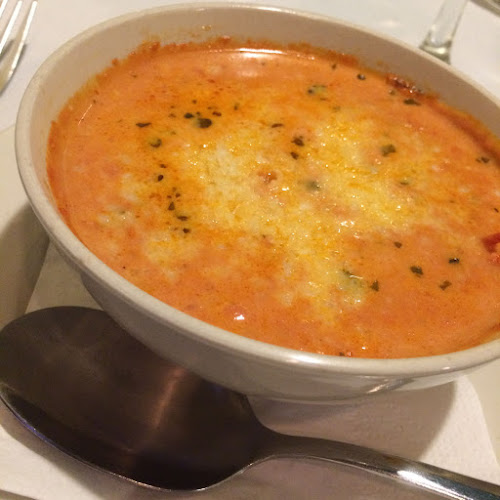 I had the zuppa di pomodoro, a rich creamy tomato soup that contained a ton of cheese. It was like eating a grilled cheese sandwich with a bowl of tomato soup, only without the bread. I think it would make a great lunch on a chilly day. 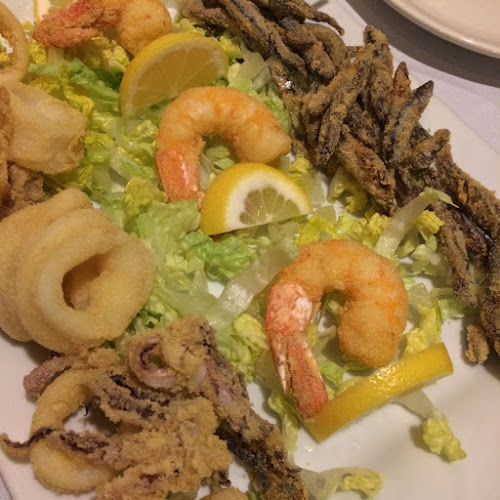 We also got the fritto misto, not realizing it was going to be such an enormous portion. There were three fat shrimp, a pile of calamari, and several dozen tiny baby anchovies, all delicately coated and lightly fried. The only accompaniment was lemon, so the flavor of the fish was allowed to speak for itself. 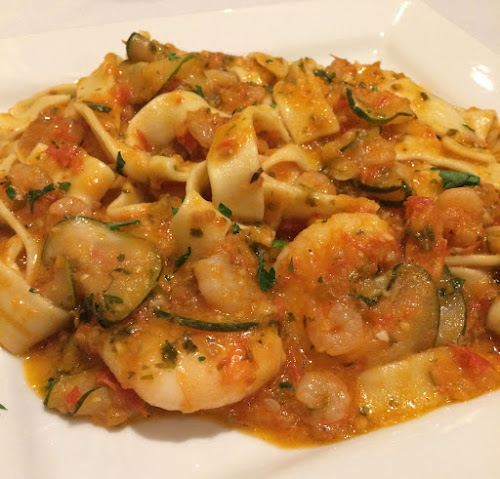 I had the saffron fettuccine with shrimp and zucchini in a tomato vodka sauce. The pasta was quite rustic, about twice as thick as any fettuccine I've had before, and cooked until fairly soft. There were three of those big fat shrimp again, but also a plethora of tiny shrimp, some as big as my thumbnail, but others as small as my pinky nail (they must have been fun to shell). The zucchini was very thinly sliced and added a pretty hint of green to the dish. The flavors were very nice, lightly tomato-y, a touch of saffron, but I wish there had been a bit more texture. 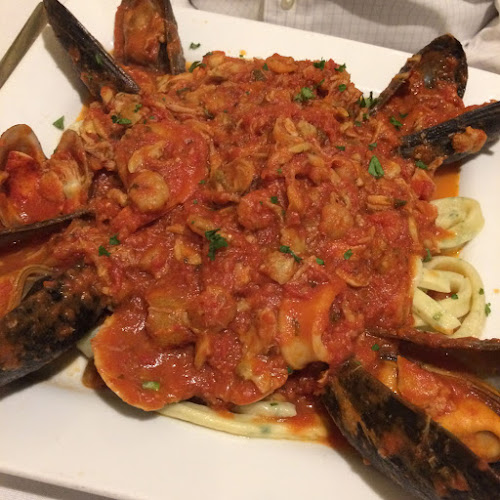 Mr Minx's scialatielli al fruitti di mare was also on the soft side, the thick pasta ribbons flavored with Pecorino and parsley. There was a plethora of seafood in the dish, including clams, enormous mussels, and more of those teensy shrimp. The dish had a stronger flavor than mine, both of tomatoes and of seafood, again very pleasing. Just a bit soft. 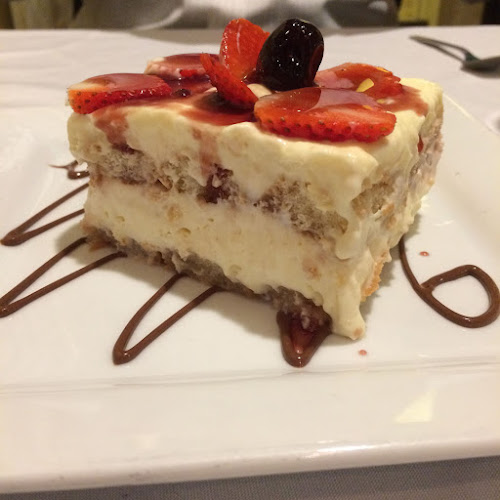 We couldn't finish our entrees (that fritto misto did us in) but we had to try dessert. We had eaten Daniela's fabulous tiramisu before, the cappuccino flavor, so this time we had the strawberry version. The enormous portion was definitely big enough for two, but was light and fluffy and somehow not at all heavy. While I enjoyed everything we had, dessert was my favorite.

It's nice that Daniela has moved to a larger space, so more people can enjoy her Sardinian cuisine. The food was tasty, but service was a bit...casual. We stood around at the door for a long minute before anyone noticed we were there, and while dishes came out of the kitchen at a nice pace, none of the servers seemed in any hurry to refill our water or offer us a more wine (or remove our empty glasses). Portions are large and nicely priced, and our leftover pasta made a nice dinner when reheated on a busy evening a few days later.