Sometimes the best antidote for a completely crappy day is a good, stiff drink. So we were incredibly happy that after a particularly bad afternoon, Bahama Breeze invited us to celebrate International Pineapple Day (April 2) at their Towson location, complete with complimentary cocktails and a sampling of happy hour appetizers.

Mr Minx and I had eaten at Bahama Breeze not long after they opened, and I must admit, we were not impressed. The atmosphere seemed chaotic, and the food was not memorable. But ten or so years can change things.

The restaurant, though tropically themed, was cozy and dark, particularly where we were seated in the bar area. And the place was hopping, yet everything seemed under control. Not long after we reached our table, we were brought the first of two pineapple-based cocktails we would receive that evening, the Painkiller. Made with Pusser's Dark Rum, cream of coconut, pineapple and orange juices, and a fragrant grating of fresh nutmeg, the drink was big and strong (like I like my...drinks). Often tropical drinks are uber sweet, but this one was just right. 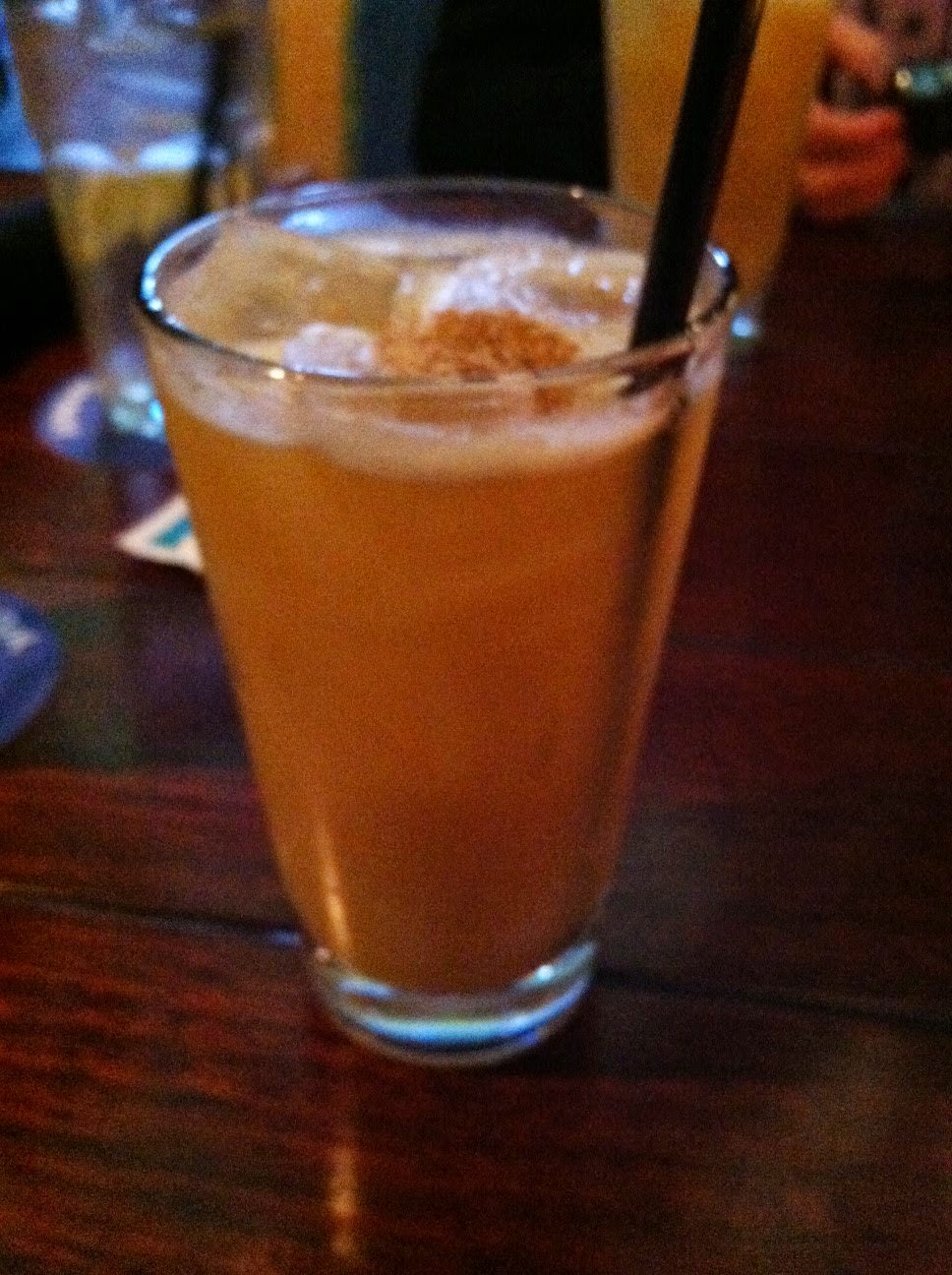 Our second drink, which came about halfway through the meal, was a Goombay Smash, comprising Captain Morgan Original Spiced Rum and Myers's Original Dark Rum mixed with fresh orange and pineapple juices. Again, not overly sweet and nice and strong. The orange was a bit more prominent in this drink. 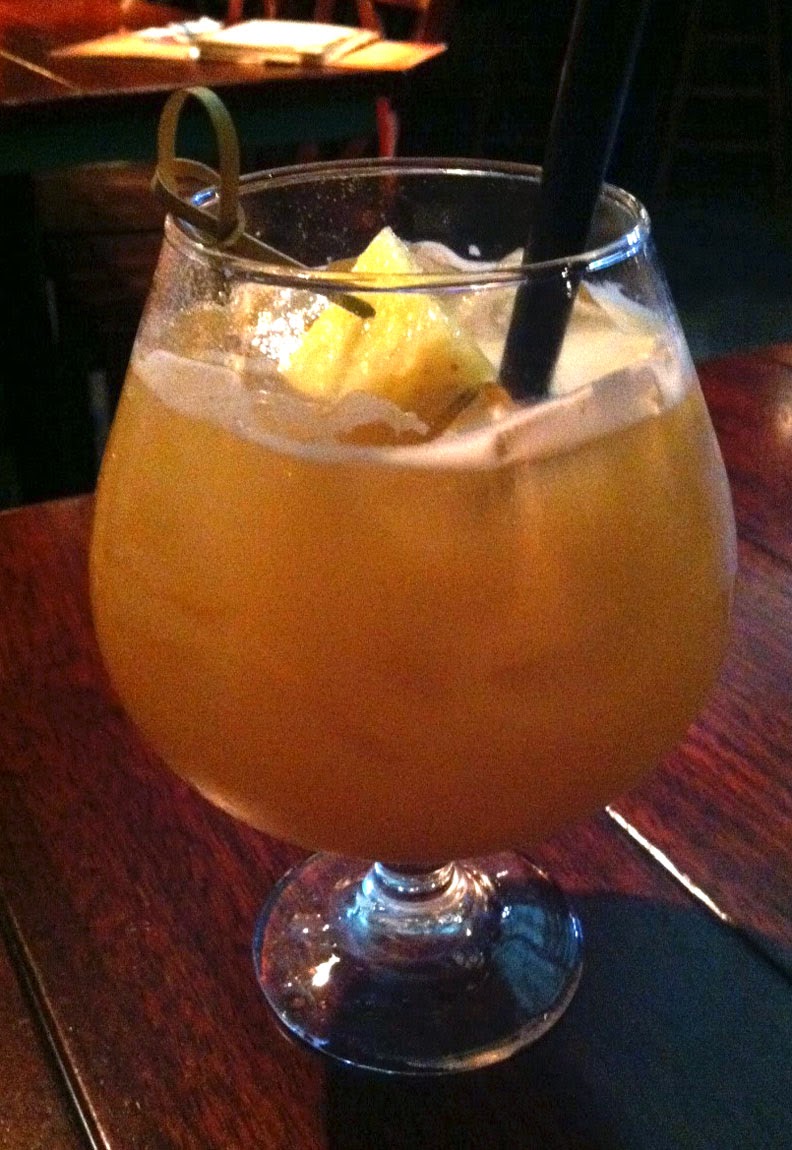 With our drinks, we enjoyed a plate of Bahama Breeze's fried coconut shrimp (because fried foods are as essential to lifting one's mood as alcohol) with a spicy citrus mustard sauce. They were pretty good, but maybe a bit bread-y. 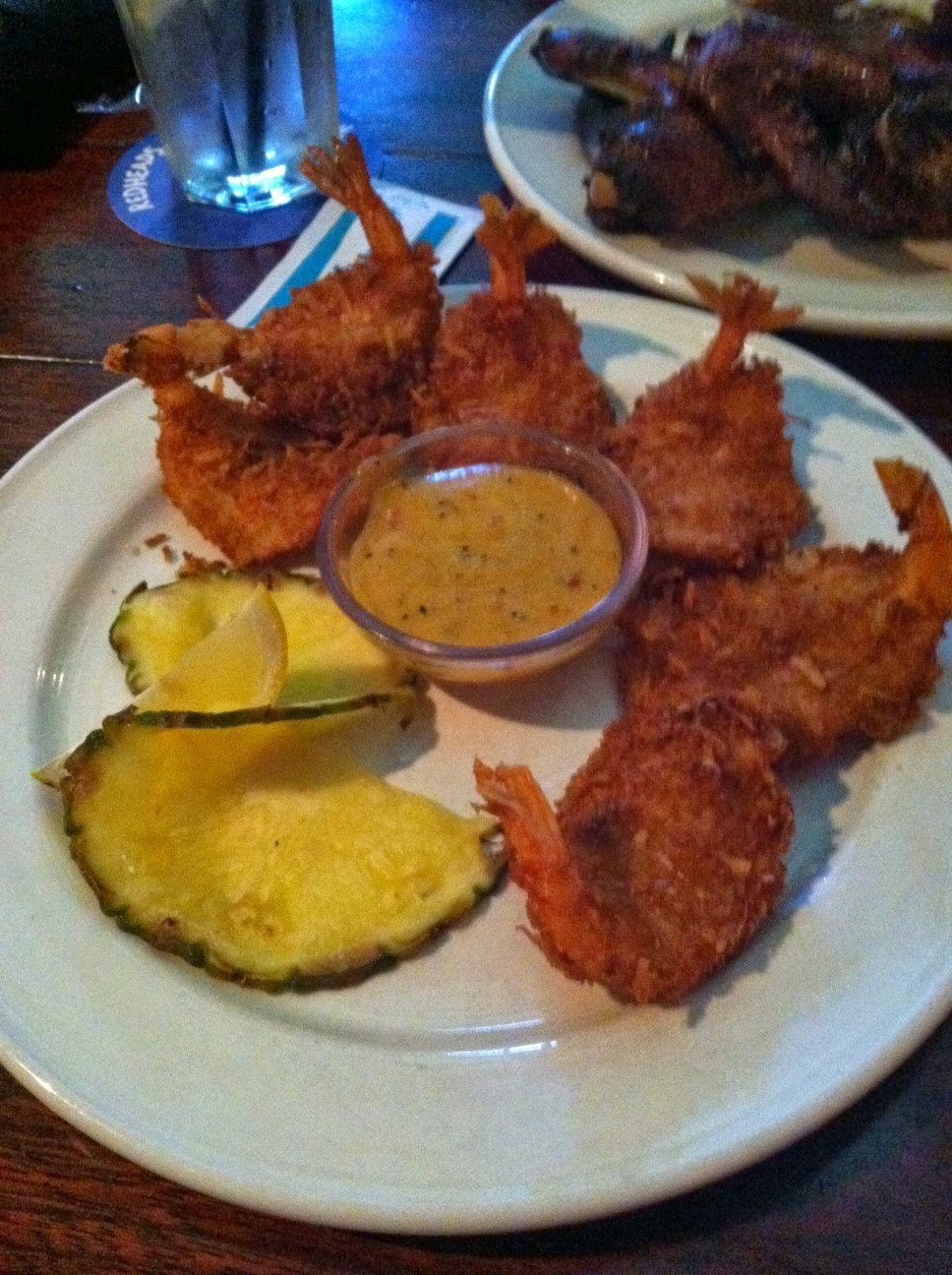 We also received a plate of their Jamaican chicken wings. Culinary manager Kevin Morton says they are marinated in authentic spices, then baked with additional seasoning, and finally served with a dip that has more of that jerk flavor. We thought these were dynamite. The wings were large and meaty, perfectly cooked, and super crispy. And while jerk seasoning can be intensely hot with the fire of scotch bonnet peppers, the wings at Bahama Breeze were tailored to fit a palate more accustomed to milder foods. 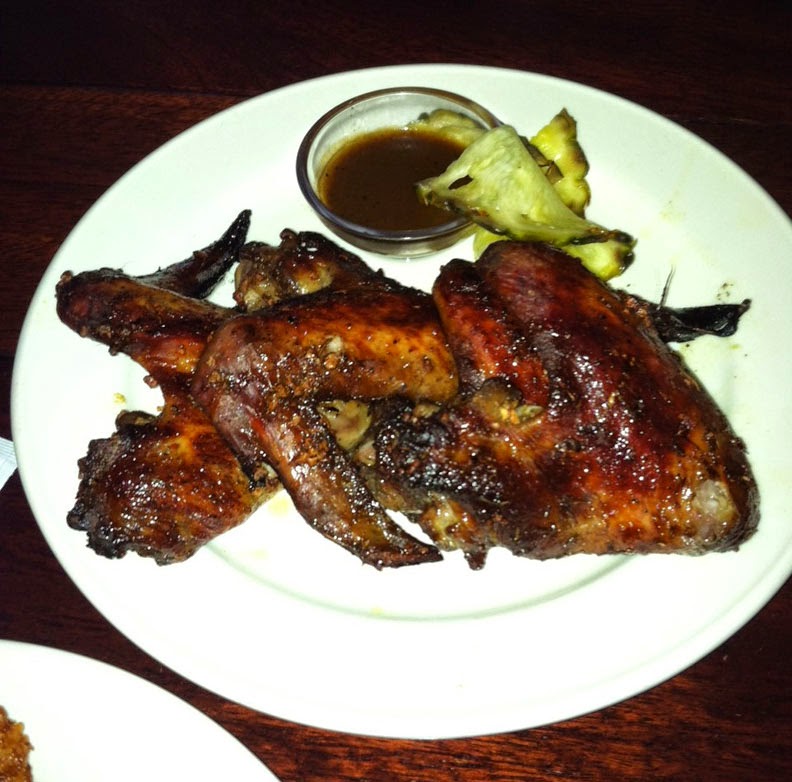 Kevin then suggested we order whatever else we wanted off the menu. He had just finished talking up their burger, so we decided to split one. To keep with the International Pineapple Day theme, we ordered our Wood-grilled Cheddar Burger with some pineapple chutney on the side. 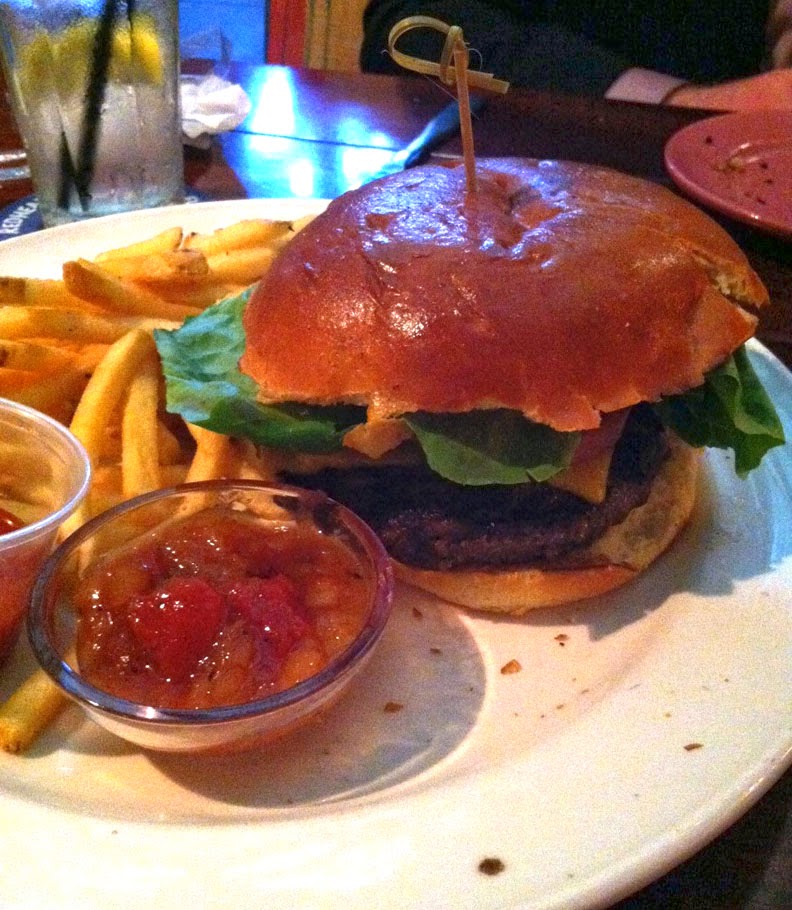 The burger was a thin patty, which we prefer, cooked to just a shade past medium. The bun was somewhere between a typical squishy fast food bun and a brioche bun in that it was nice and soft, but had a pretty glazed appearance. The chutney added a bit of sweetness, a la ketchup, but wasn't quite as sweet. Overall, we enjoyed the burger for its simplicity. Bahama Breeze might not be the first place one would think of to order a burger, but if nothing else on the menu tempts, the burger can satisfy. 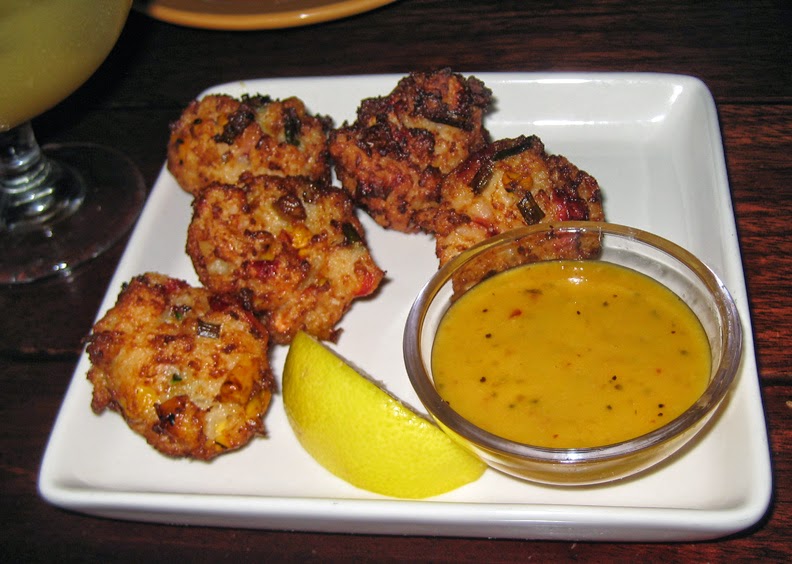 We also opted to try the conch fritters, which came with more of the citrus mustard dipping sauce. They were nicely meaty, crisp, and piping hot.

Bahama Breeze was really a nice surprise. We don't eat at chain restaurants often, not because we are snobs, but because there are so many other options these days. Bahama Breeze is owned by Darden, which also operates Red Lobster and Olive Garden. They also own The Capital Grille, which routinely makes "best of" lists in Baltimore, so don't judge. Bahama Breeze only has 30 or so outlets, so they don't have as much of the corporate control as some of Darden's other restaurants. Kevin Morton says that while some menu elements come from corporate (the onion rings, for example, which Kevin said were breaded in-house until recently), he can cater other menu items to the tastes of his patrons. He seemed to have real passion for his job, and runs the restaurant as if it were his own. That attitude, coupled with the sunny dispositions of the staff we came in contact with, makes a big difference in a customer's dining experience. I can think of some locally owned-and-operated, non-chain restaurants that could use that approach.