After hearing about the greatness of Honey Pig's Korean bbq, we finally made a pilgrimage on a cloudy Friday afternoon. As soon as we were seated, someone rushed over with dishes of banchan, the little plates of pickles and such one normally gets in a Korean restaurant. Unlike some other places, Honey Pig's selection isn't particularly large, but it hits all the necessary garlick-y/tart/fishy/sweet notes. 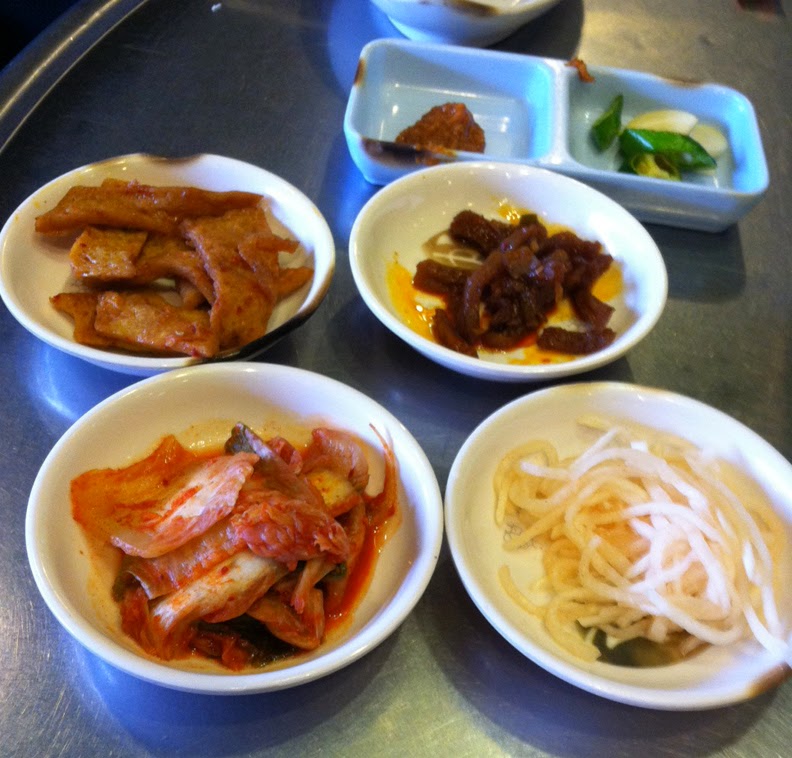 As soon as we placed our order for bulgogi and pork belly, another server brought the raw goods to the table. Yet another person dumped the pork belly onto the grill and came back occasionally to turn the meat and rearrange it to optimize cooking. 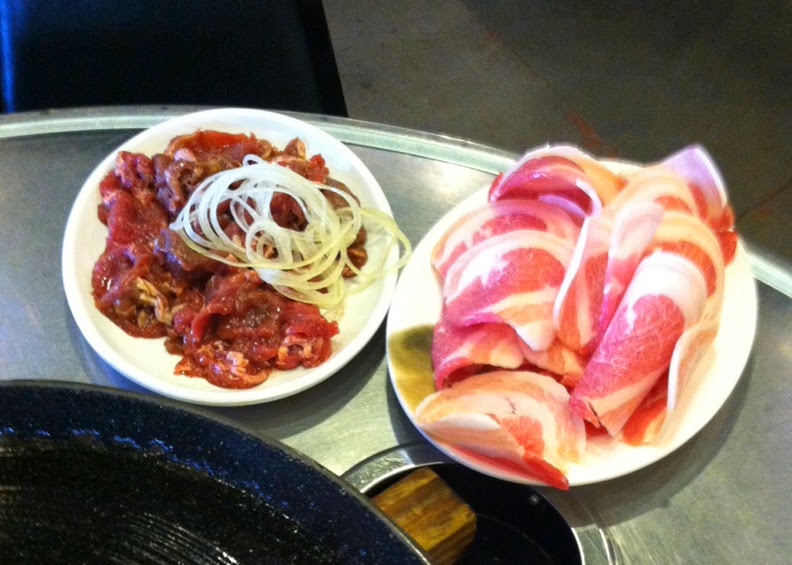 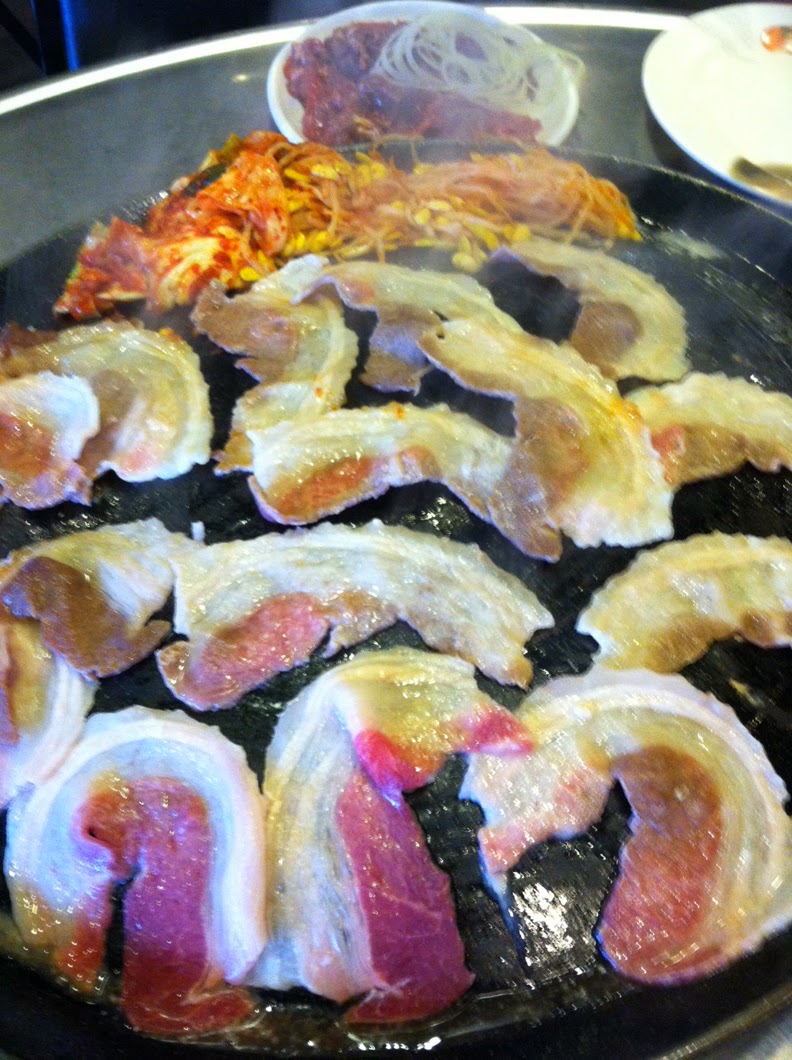 Soon everything was cooked, including a side dish of kimchi and beansprouts, and we were able to dig in. 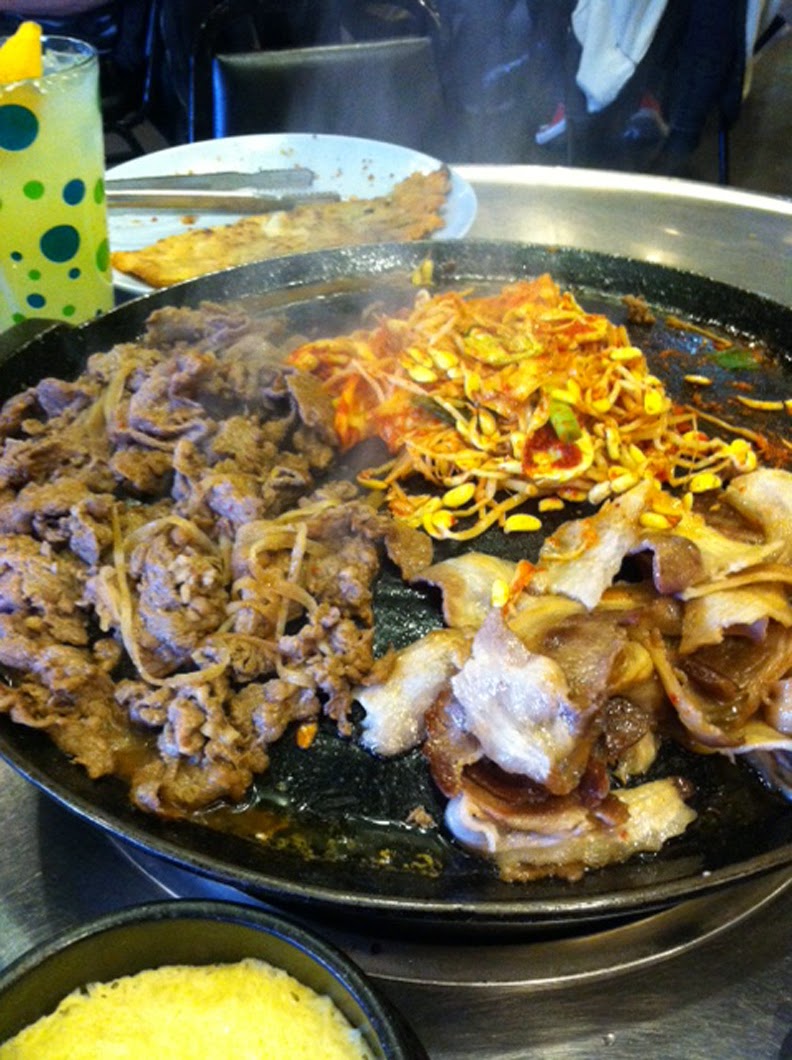 Both meats were tender and flavorful, possibly the best I've tasted (not that I have that much experience with Korean bbq, but I've eaten it here and there). The seafood pancake, or haemul pajeon, that we ordered as an appetizer came to the table during the Cooking of the Meat. We dug into the pancake's piping hot crispiness immediately. It was full of chewy bits of squid and scallions, and we devoured it. 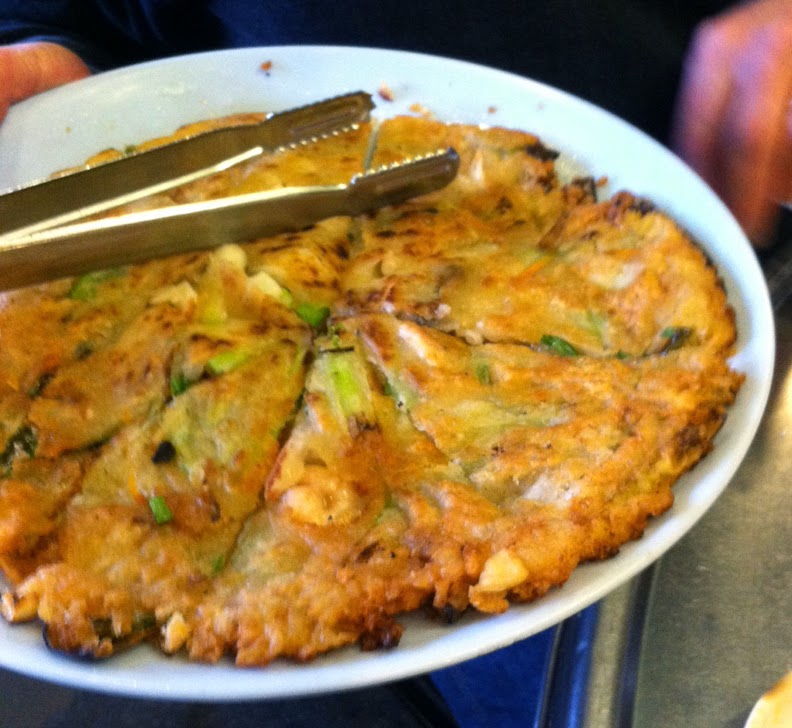 Everything at Honey Pig was seriously delicious, except maybe the neon yellow lemonade, which was super sweet and artificial tasting. Next time, we'll stick to water. And we'll try other meats, the dumplings, and perhaps one of the soups or a bibimbap.