One of the restaurants we visited during last month's Baltimore County Restaurant Week was Towson Tavern. It was the lentil soup on the appetizer menu that got our attention; it's not often we see a good hearty lentil soup offered outside of an Indian restaurant. We were also curious to try their burger and the Gruyere-crusted salmon.

The atmosphere at Towson Tavern is pleasantly clubby, with dark walls, spacious booths, and a short wall separating the dining area from the drinking area. We could, however, still see the numerous televisions mounted around the bar. Thankfully, we couldn't hear the various sports-related talking heads opining on the relative merits of Peyton Manning and Richard Sherman. What we could hear was an weird oddball surreal eclectic selection of music that included slightly psychedelic acid rock from the late 60s/early 70s and 70s jazz with some porn-y riffs thrown in. As Mr Minx opined, "it started out like the Mod Squad and transformed into Baretta."

Shortly after being seated, our server brought us a small round loaf of squishy warm bread and a saucer of olive oil-based dip flavored with Grana Padano and herbs that tasted like liquid pizza. Thus armed, we perused the menu. Mr Minx jumped on that lentil soup flavored with ham and garlic. It turned out to be quite the generous portion, homey-flavored and served piping hot. 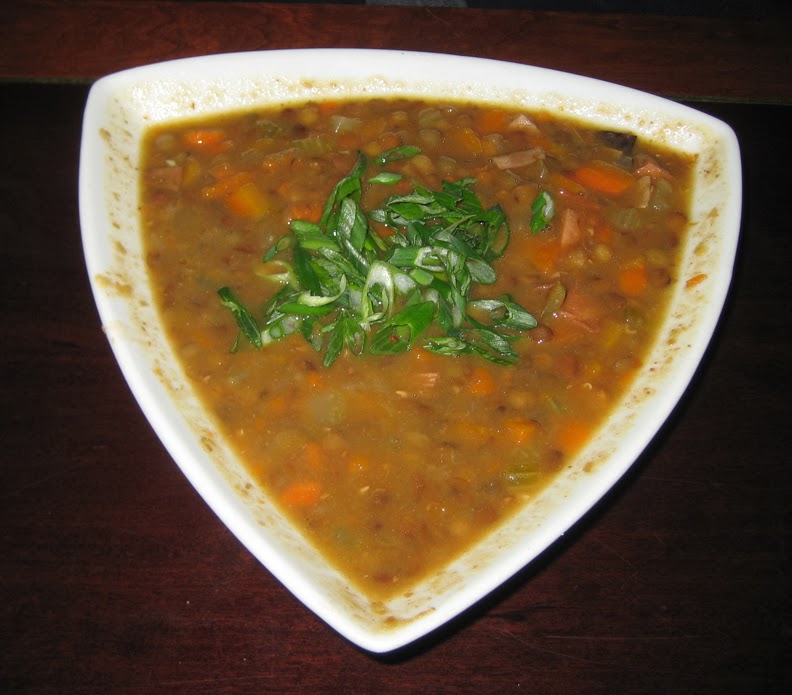 Most of the other first course options were salads, and while they were probably a better choice, I went for the Towson Tots. Now, I have never liked tater tots. On the rare occasion my mother bought a bag of the frozen potato bombs, I'd eat a few and declare them an abomination. Yes, I was an unusual kid, but the potato has never been a favorite of mine. That said, the tots at Towson Tavern were actually pretty good. They were rather light, with a nice crispy outer shell. Three dips accompanied the huge mountain of spud blobs: horseradish Dijon aioli; Cajun remoulade; and a black truffle bacon Parmesan ranch. The latter was more like flavored sour cream than a ranch-style dressing, and its thickness made it a bit difficult to swipe a tot through. My favorite was the spicy chipotle-flavored remoulade. 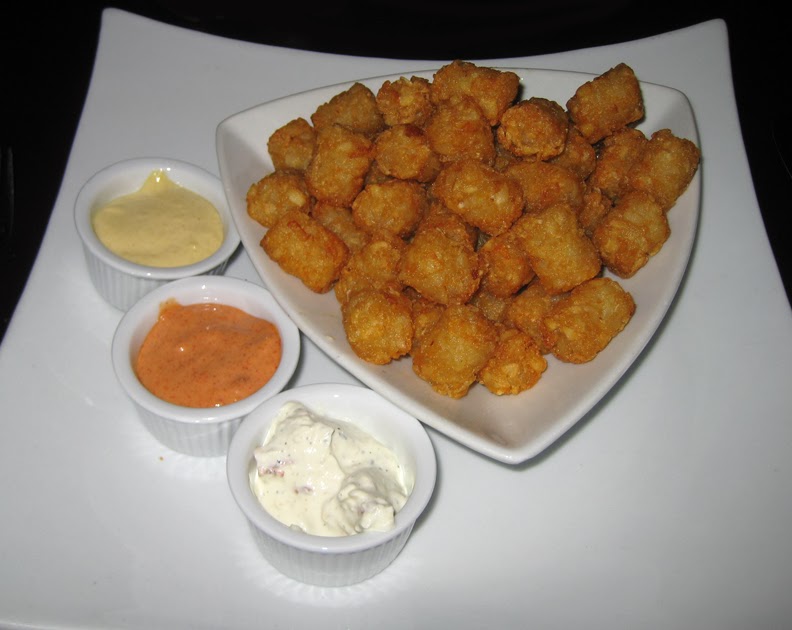 After doggie-bagging a generous portion of tots, our entrees arrived. Mr Minx went for the Tavern burger, a hefty patty of the now-ubiquitous Creekstone Farms Angus beef topped with lettuce, tomato, bacon, fried onions, and cheese on a toasted and also ubiquitous brioche-style bun. The burger was a bit firmly-packed for my taste, but it had a nice char-grilled flavor that reminded me of a good home-cooked specimen. The crisp sweet potato fries were fine, served merely salted and not gussied up with unnecessary cinnamon and sugar, as they do in some places. Part of this potato-fest ended up in the doggie bag as well. 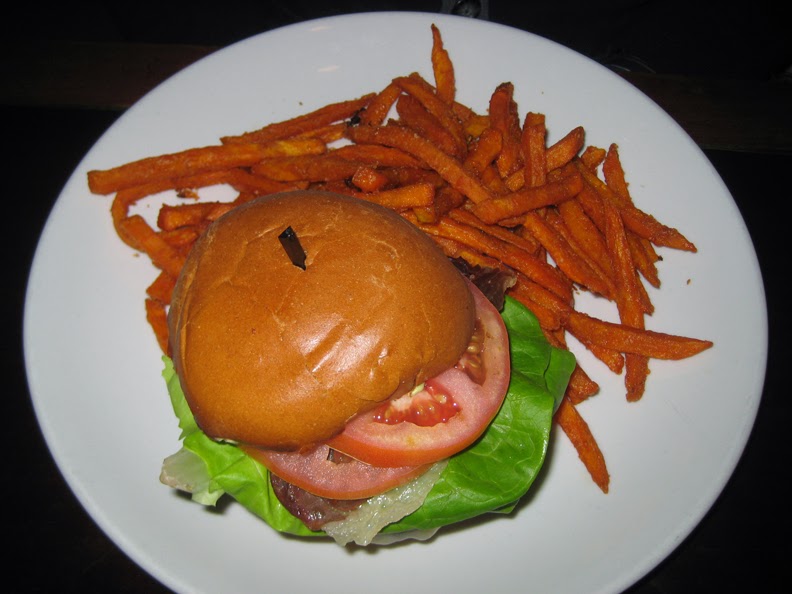 My entree was Gruyere-crusted salmon with a soy citrus glaze, fingerling potatoes, and haricots verts. I know you Italians out there are cringing at the thought of cheese-crusted seafood, but hey, I don't care. (I sprinkle Parm on my white clam sauce.) The crust was surprisingly delicate and proved to be an interesting salty texture on the perfectly-cooked salmon.

(If you're curious about trying such a combination in your home kitchen, Chef Tyson Spangler's recipe is featured in our upcoming cookbook, Baltimore Chef's Table, available in June.) 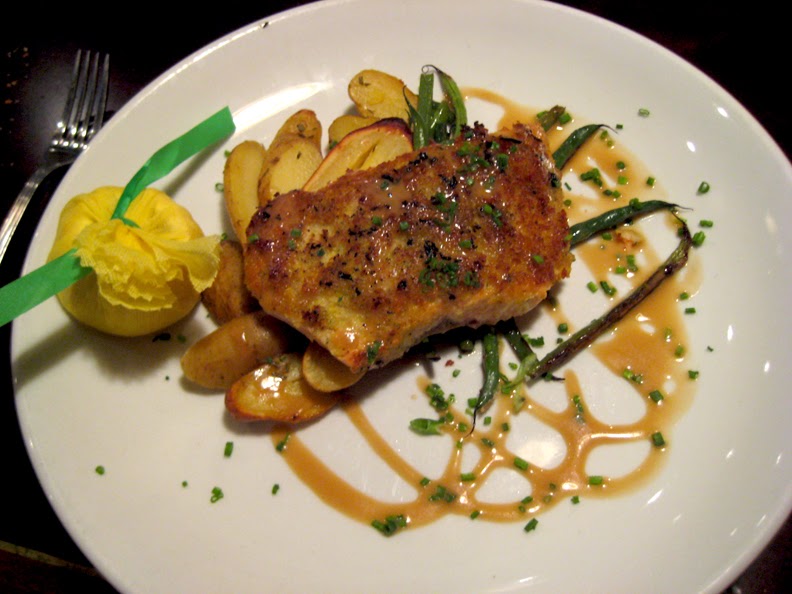 We had a choice of cheesecake or chocolate opera cake for dessert, so we tried one of each. They were good, nothing special, and probably made off-premises.

With our meal, we sipped a gingery Moscow Mule and a Rhubarb Rum Crush that didn't necessarily taste of rhubarb, but it was tangy enough.

Overall, we enjoyed our visit to Towson Tavern. We liked the casual but not unprofessional service, the atmosphere, and the food and will certainly make a point to go back.