When I was approached to review World Class Cakes: 250 Classic Recipes from Boston Cream Pie to Madeleines and Muffins, I jumped at the chance. I'm always searching the Internet for cake recipes and wishing there were one source for all of the things that I want to bake.

And now there is. 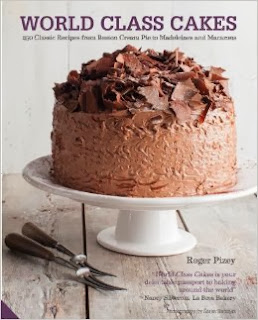 This book, by Roger Pizey, contains recipes for layer cakes, loaf cakes, cheesecakes, and little cakes like macarons and madeleines. There's even a recipe for canelés, an intensely flavored mini cake from Bordeaux. Pizey, currently the executive chef at Marco Pierre White's London restaurant, Marco, also includes the recipe for the lemon tart from another one of White's restaurants, Harvey's. And even without knowing any of this, I detected a British influence as I read through the book the first time. There are no decadent, over-the-top, American-style superindulgences in World Class Cakes, (although there is a rather nice version of Boston Cream Pie). Rather, the cakes are indeed "world class," and include treats from Brazil, Japan, and Scandinavia.

One can't review a cookbook without actually trying a couple of the recipes. While so many of them caught my eye at first--and many of them involved ingredients I usually have on hand--I settled on the simple Cardamom Coffee Cake. Baked in a bundt pan, the cake involved the basics--butter, flour, eggs--but called for superfine sugar. Actually, all of the recipes in World Class Cakes that call for white sugar call for superfine sugar, and that's really the only issue I have with the book. I usually keep a box on hand, but it's not the easiest product to find, even in our over-stocked American supermarkets. So while superfine sugar melts faster and perhaps produces a finer texture to cakes, the 50,000,000 other cake recipes that involve regular sugar can't be wrong. I used plain old granulated sugar, but if you're a stickler for following directions, whiz your sugar in a food processor or high-speed blender for a minute or so to make your own superfine. 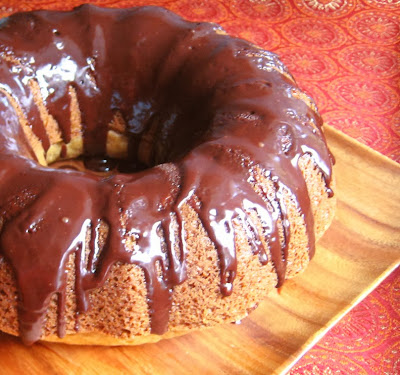 Back to that cake. As befitting its name, it was strongly cardamom-flavored and its slightly dry texture went exceptionally well with a cup of coffee. Tea, too. 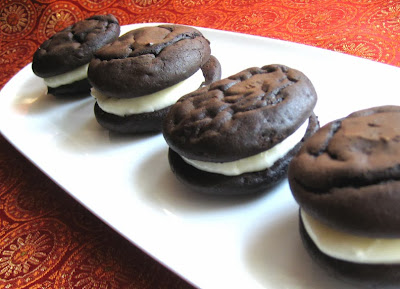 I also tried the recipe for chocolate whoopie pies, and they were a big success. The batter spread just enough to form perfect little cakelets, which I then sandwiched with marshmallow. Beware the lemon whoopie pie recipe, however--it doesn't have enough flour in it, so it will not work. If you want to make them anyway, increase the flour until it equals the amount of flour + cocoa in the chocolate pie recipe.

So--a fun book, all in all, with recipes for cakes most folks have never heard of that are pretty intriguing and seem pretty easy. And the photography and food styling is great, making everything look very accessible and not imposingly fancy. I'm sure I'll reach for my copy many times in the future.