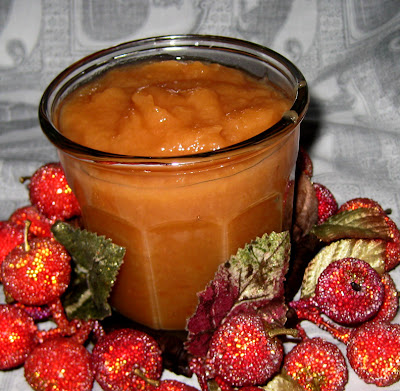 One doesn't normally see quince in just any old supermarket, but there they were, large yellow fruits that resemble a flattened pear or a pot-bellied apple, sitting forlornly in the tiny selection of exotic produce at my local Safeway. I rescued two from their inevitable fate of being tossed in the trash and took them home, where they sat on the counter, looking sadder by the day. 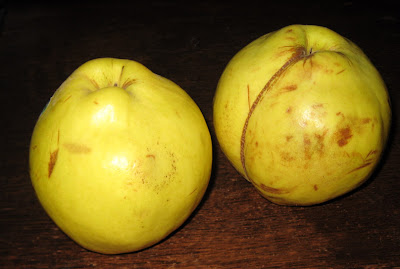 Come Saturday, I realized I had to do something with these things. But what? Quince are too sour and astringent to eat raw, so they must be cooked. After a quick perusal of teh Innernets, I found recipes for quince butter and quince jam in addition to homemade dulce de membrillo, the jelly-like paste enjoyed with cheese in many Spanish-speaking countries. I was most intrigued by a Martha Stewart recipe for jam flavored with star anise, and a butter flavored with vanilla, so I combined the two.

The resulting star-anise-and-vanilla-flavored butter is thick and dense, delicious on toast, scones, or on a cracker with a bit of Manchego cheese.

Bring the water and sugar to a boil. Add quince and star anise. Cover partially and cook over medium heat until fruit is very soft and most of the liquid has evaporated, about 1 hour. In a food processor or with a stick blender, blend fruit into a purée. Stir in vanilla. 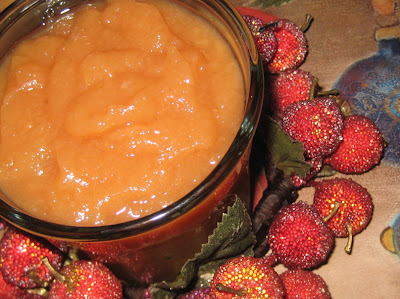