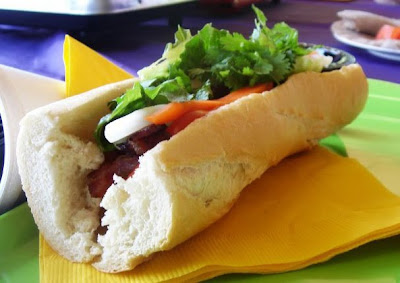 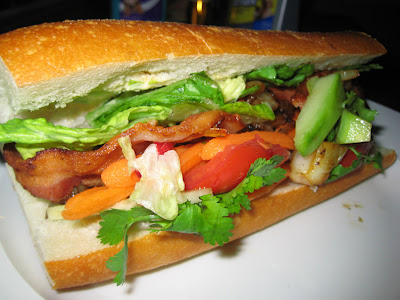 (Top photo totally stolen from competitor and victor Kit Pollard's friend Lyndsay's Facebook account. The second photo was taken at home and is one of the early iterations of the sandwich.)
Posted by theminx

Looks Yummy! Did you guys melt Saturday like we did Sunday?

OMG yes! And maybe even worse because we were running around cooking for part of the time.