I usually plan meals in advance of a trip to NY, except if I'm meeting someone there for dinner.  I trust a resident of the city to do a better job of choosing a place than I might. But I did plan my own Monday breakfast at Pondicheri. This modern Indian restaurant not far from my hotel has several interesting options for a morning repast, including stuffed South Indian dosas, omelettes and sandwiches, coconut pancakes, and masala fried chicken. I was originally going to get the keema (a minced lamb dish) and eggs, but when I realized there would be a chance of smelling like fried lamb all day, I opted instead for the saag and egg on sourdough toast.

The toast was thickly cut and topped with a generous portion of spicy creamy spinach and a just barely set sunny side up egg. It was messy and delicious. (Move over, avo toast!) The kale and cucumber salad on the side was equally tasty, but I was picking kale out of my teeth for hours afterward.... 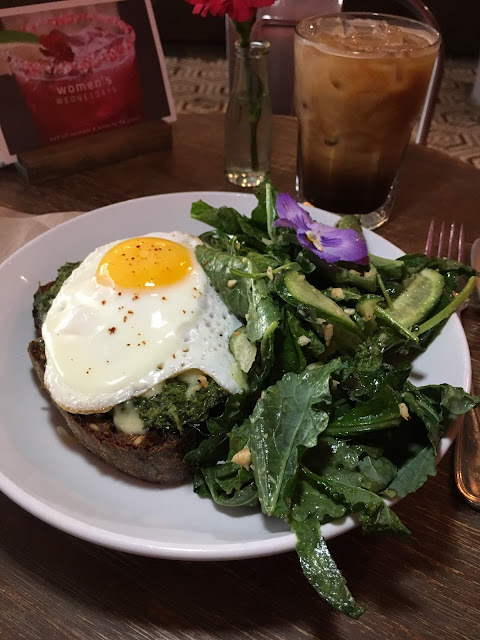 Though I was in town to attend the Fancy Food Show, I like to take a break from walking through the many aisles of specialty foods and do a bit of non-food shopping. My primary goal was to buy some dancing shoes. Mr Minx and I recently started ballroom lessons, and I have found my various non-slip-soled shoes to be an impediment to proper spins on the dance floor.

After breakfast I strolled over to a shop on Madison Street that had a small collection and nothing for my problem feet. I then hiked over to 8th Ave to Worldtone Dance. (The blocks between 7th and 8th Avenues must be the longest blocks in the city. So. Much. Walking.) Worldtone's selection was another thing entirely. The photo below shows less than half the shoes they carry for women, and they not only had shoes with some arch support, but also ones that had cushioned insoles. Unfortunately, I couldn't find a pair that had both AND low heels, so I settled for the heels and the comfort--I can add arch supports. The staff there was quite helpful and seemed happy to bring out piles of shoes for me to try on. They were also good at answering questions and instructing me on how to fasten the curious buckles that come on dance shoes. 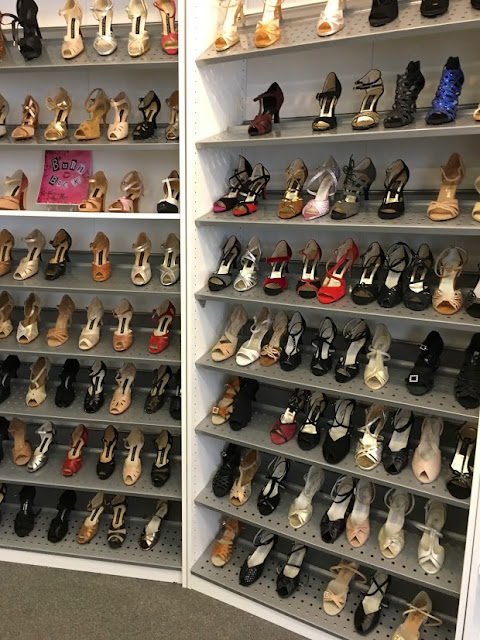 After a bit more shopping, I hit up Bergdorf's for some perfume-sniffing and got a lovely makeover from David at Estee Lauder, my dining companion of the previous evening. He can make even me look good.

Later on, my roommate Dara and I met her high school chum Michael for dinner. He had chosen Cafe Fiorello, a New York institution situated across the street from Lincoln Center. Dara and I shared a chilled octopus salad while Michael enjoyed items from the vegetable antipasti bar. 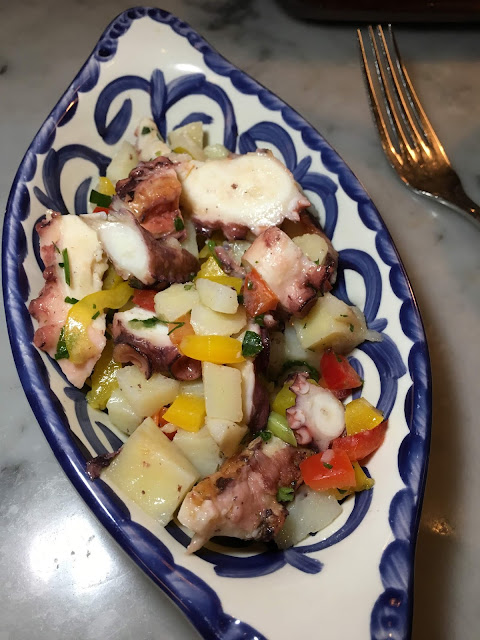 I wasn't supposed to eat pasta, allegedly being on Whole30, but Cafe Fiorello is a bit spendy. The only things I could afford were pasta-based, so I sprung for the carbonara. Topped with a whole poached egg and a generous quantity of guanciale lardons, it was a worthwhile splurge. 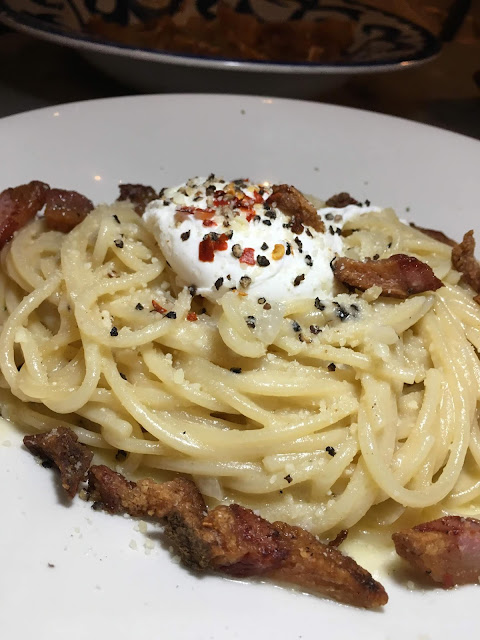 Dara was craving eclairs, and Epicerie Boulud next door had them. Since I had already blown the diet (the day before...lol), I had a yuzu tart. It was very much a lemon meringue pie, with yuzu, and a crust that was a bit difficult to puncture with a plastic fork. However, I managed to soldier on! 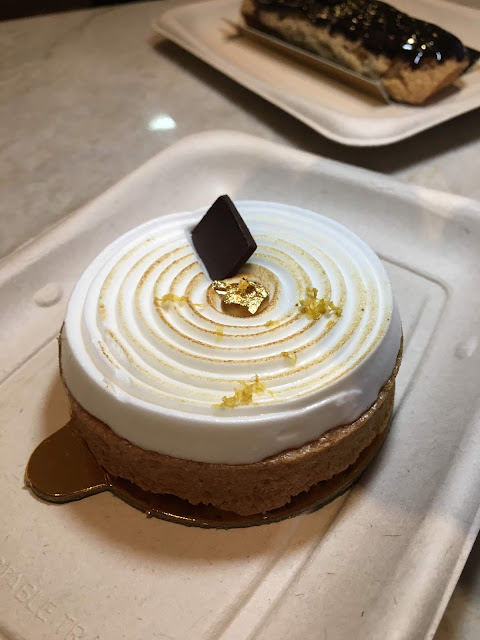