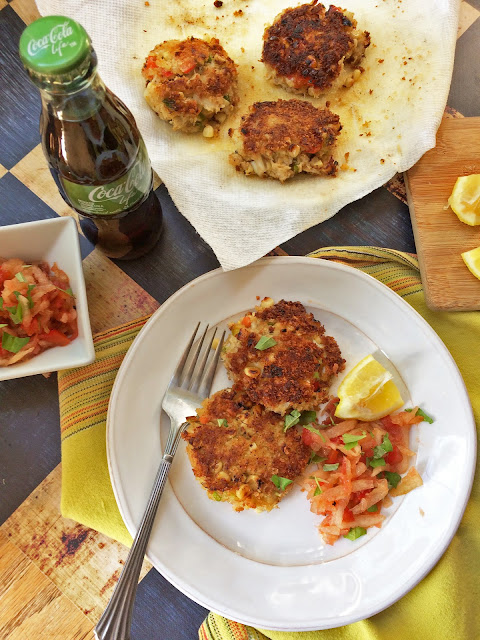 Soul Food Sessions is a non-profit out of Charlotte, North Carolina, with the goal of acknowledging and supporting people of color in the culinary arts. One of the ways they do this is by organizing pop-up dinners that not only showcase the diverse talents of the chefs involved, but also bring people together to discuss equal opportunity in the food industry. They've partnered with Coca-Cola Consolidated for their current pop-up series, The Table is Set; A four-city tour served with a Coke. The tour started in Charlotte, hits DC next week, followed by Baltimore that weekend, and finishes in Charleston, SC. Yes, I did say Baltimore was a stop on the tour, and I know you want more details on that.

One of the dishes that will be featured at the event is an appetizer created by Charlotte, North Carolina Chef, Jamie Barnes. The recipe features crisp-coated crab cakes loaded with summer vegetables and topped with a fresh and creative watermelon rind slaw. As fellow Marylanders know, crabs and crab cakes are a way of life in this state. People here are very opinionated about both, but especially crab cakes. One filled with as much vegetables as crab and without crab seasoning of any kind, plus sugar, is going to raise some eyebrows. However, I was excited to recreate this dish at home--because I'm always up for trying a new twist on familiar foods--and to serve it with the pop-up's official beverage pairing, Coca-Cola Life. 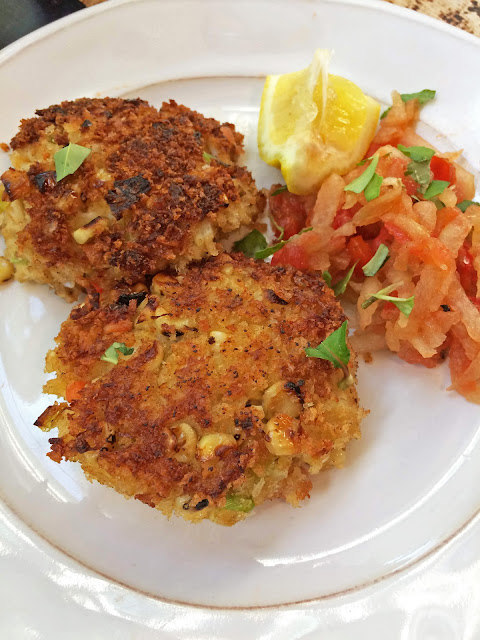 I went shopping at my local Harris Teeter store to buy all of the ingredients for the recipe: white corn; lump crab; scallions; and a cute little watermelon (that did double duty as dessert). I also picked up some Coca-Cola Life, the low-calorie, Stevia-and-sugar-sweetened Coke with a green label. The Coke Life paired well with the natural sweetness of the watermelon rind and brought out the more complex flavors of the crab cake. I also used the cola to make the dressing for the slaw (recipe below).

If you can't make it to the event, you can still make the Charred Corn Crab Cakes with Watermelon Rind Slaw at home, just as I did. A word of advice though: be careful of projectiles while standing near a pan containing hot oil and crab cakes that are full of corn. I had a couple of kernels leap out at me with a loud bang! If popcorn hadn't already been invented long ago, I'd have something great on my hands (and in my hair)! 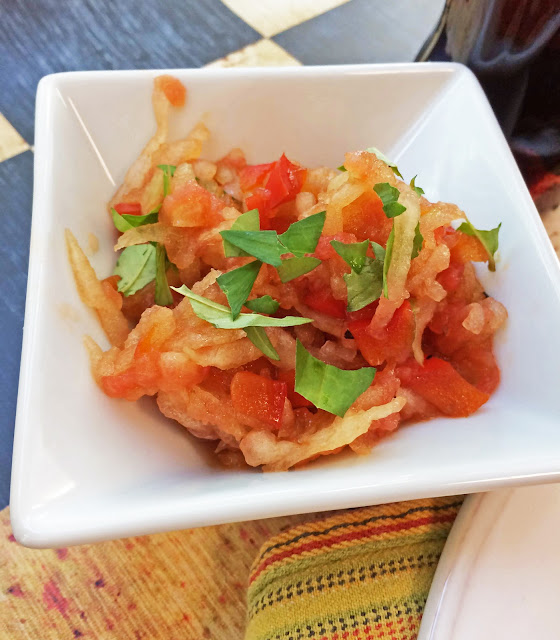 Place the bell pepper and the Coke Life into a sauce pan and bring to a boil. Turn the heat down to a simmer and cook, watching carefully, until most of the cola has evaporated and the bell peppers are coated in syrup, about 10 minutes. Remove peppers to a medium bowl and set aside to cool.

Once cool, add the remaining ingredients and season to taste. Use as dressing for watermelon rind slaw. 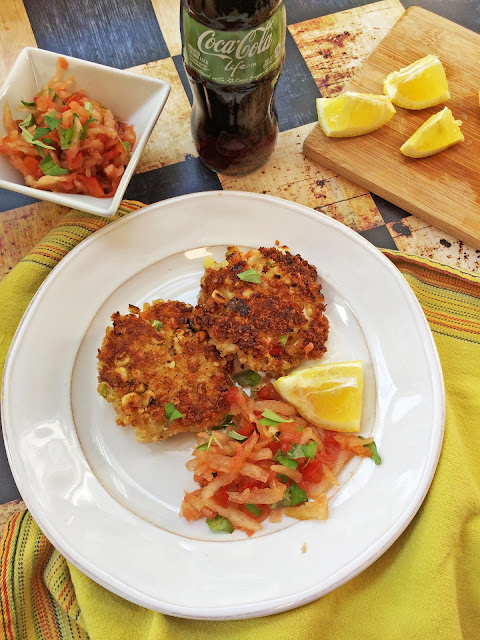