I've eaten at Avenue Kitchen and Bar several times by now, so it's high time I said something about the place.

Now, I haven't really had an entree-ish meal there at all, just small plates/appetizers/tacos. But everything I have eaten has been wonderfully fresh and georgeously plated. Just look at these carrots I enjoyed early this year. 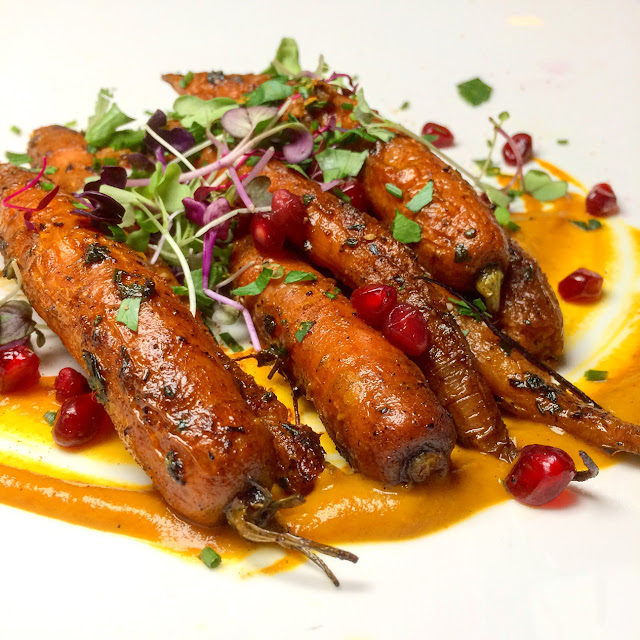 The plate was a work of art, both rustic and refined, and the flavors were just as lovely. I am crazy about carrots, and I was bananas about these. 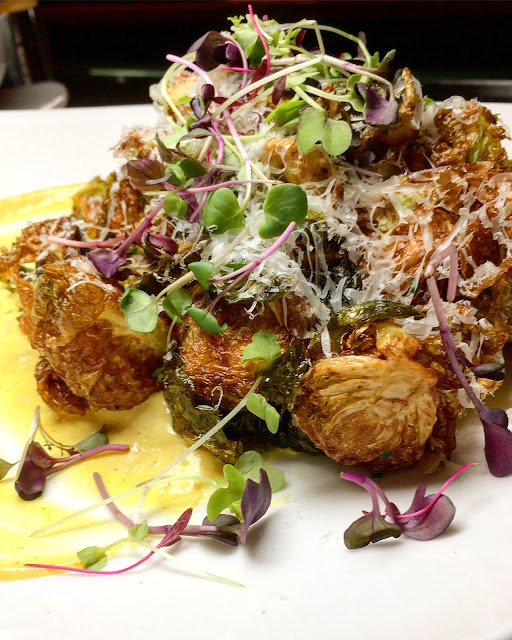 The roasted brussels sprouts I ate on the same visit were just as good, nicely crispy but also tender on the inside. 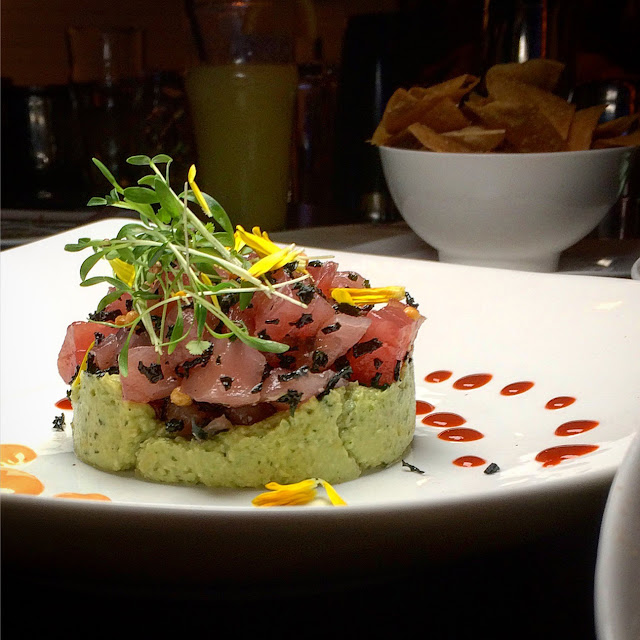 And the tuna tartare with avocado was similarly delicious. And beautiful. 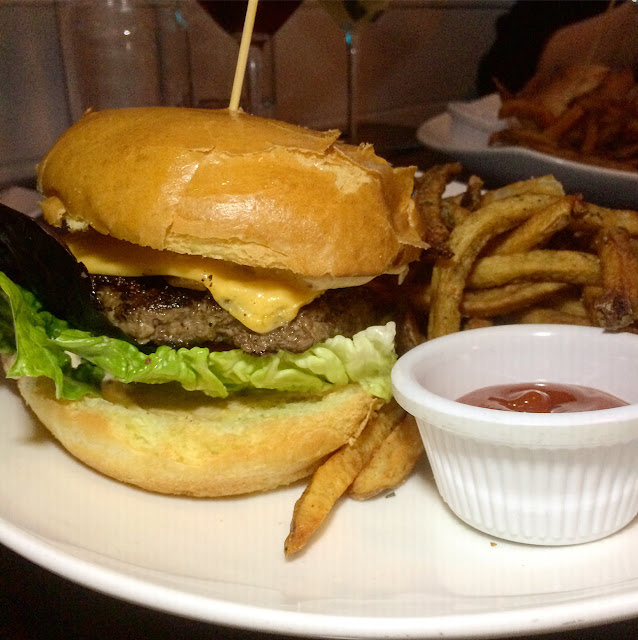 On another trip, we had dinner with friends. Mr Minx and I shared this burger, which was pretty darn good. It wasn't crowded with toppings, which let the nice beefy flavor shine. The fries were particularly tasty, which is something coming from a person who isn't all that into potatoes. 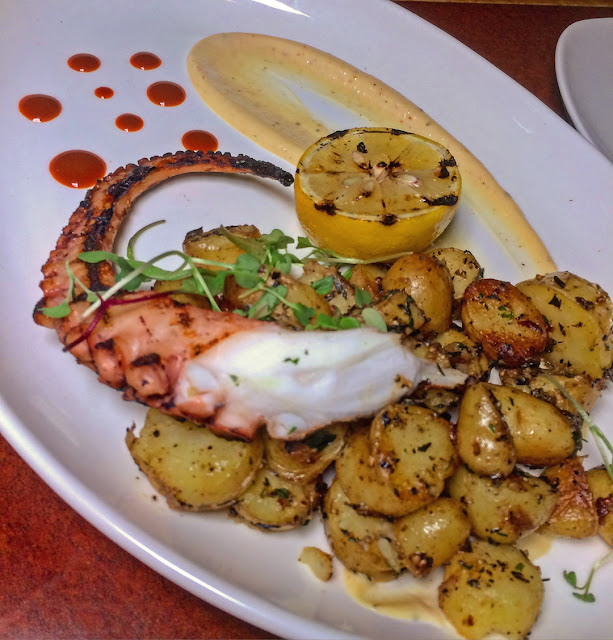 I tried the octopus with scrapple hash twice. The first time, the scrapple was much more noticeable, and both times the octopus was super tender. It's nice to find more restaurants serving octopus--and doing it right. 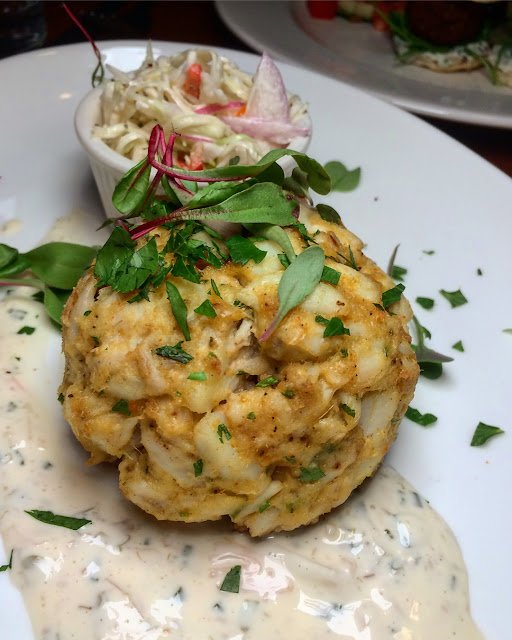 (Almost) every restaurant in Baltimore has a crab cake, and Avenue is no exception. And on Wednesday nights, their crab cake is half price, which means $15. It's generously sized, quite lumpy, and easy on the filler. They could broil it a little longer for my taste (I like 'em crispy), but I gotta say it was pretty damn fine. 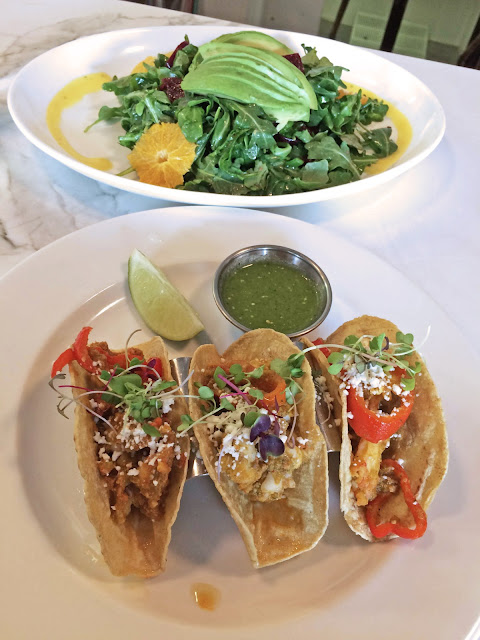 I happened to be in Hampden one recent afternoon and planned to try a new eatery for lunch. Unfortunately, it didn't open until later in the day, so I skipped over to the Avenue instead. I happily chowed down on these shrimp tacos with a salad of beets and avocado over arugula and was kinda glad I missed the other place (but will get there eventually).

Avenue Kitchen & Bar has become my go-to restaurant if I find myself in Hampden. It's the fourth restaurant to take over that space in the last 10 years or so, and I hope it's the one that stays.