Langermann's, in the old American Can Company Building, has been a favorite of ours for many years. When we were writing and promoting our first two books, Neal Langermann was a great help to us. While Chef Langermann has moved on to other endeavors, his namesake restaurant carries on with his original concept of offering a refined take on "lowcountry" southern cuisine. The Minx and I were invited back for a chance to sample some of their current menu choices.

We started off with drinks. I had an unusual gin & tonic with a pleasing orange flavor and aroma instead of the usual lime. Other guests in our party enjoyed the southern classic, Pimm's Cup. The Minx opted for a glass of French rosé, which has become her new summer drink of choice. 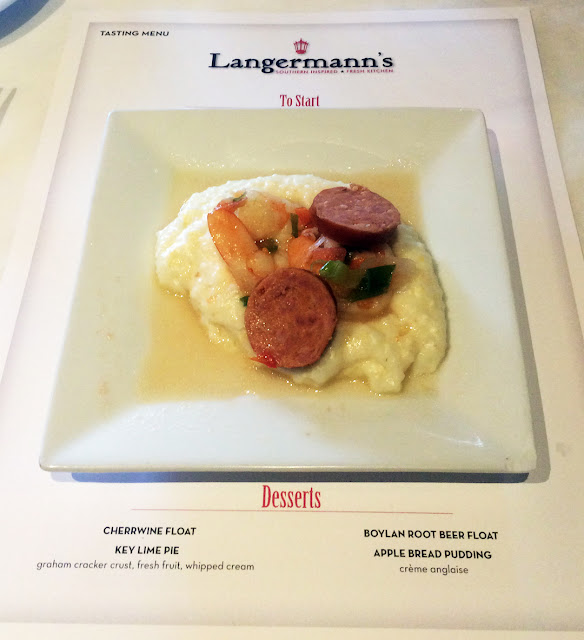 Our meal began with a quite satisfying amuse of shrimp and grits. The creamy grits--a Georgia heirloom variety, custom ground--were served in a broth of clam juice and white wine and topped with slices of mild andouille sausage in addition to the shrimp. 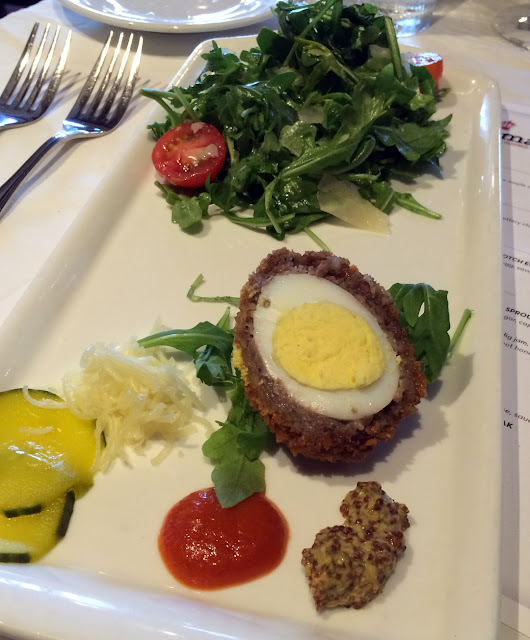 We also sampled the baby arugula salad and Scotch egg starters. With shaved Parmesan cheese, cherry tomatoes, and a lemon olive oil dressing, the salad was light and refreshing for a hot summer day. The Scotch egg was heartier, with its crisp sausage coating and accompanying sweet sriracha-style sauce and stone-ground mustard. 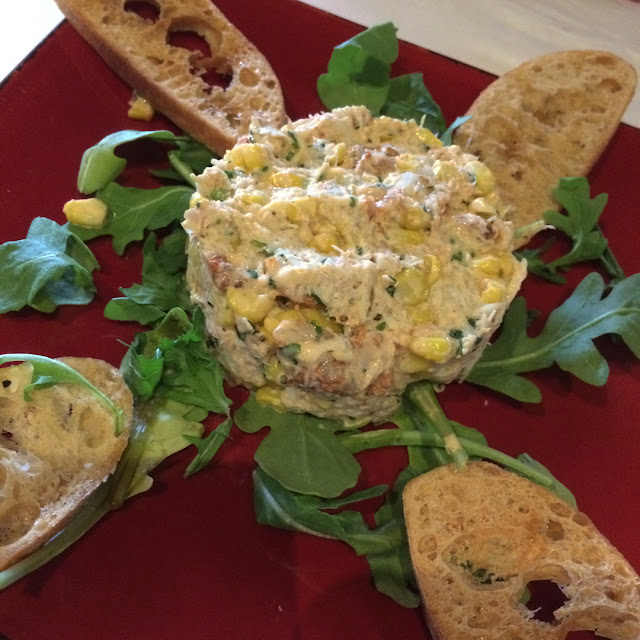 A perennial favorite at Langermann's, the Low Country Louie adds lobster and shrimp to the traditional crab salad. The Creole mayo dressing makes the salad pleasantly spicy, and the corn kernels provide a bit of texture and sweetness to the dish. 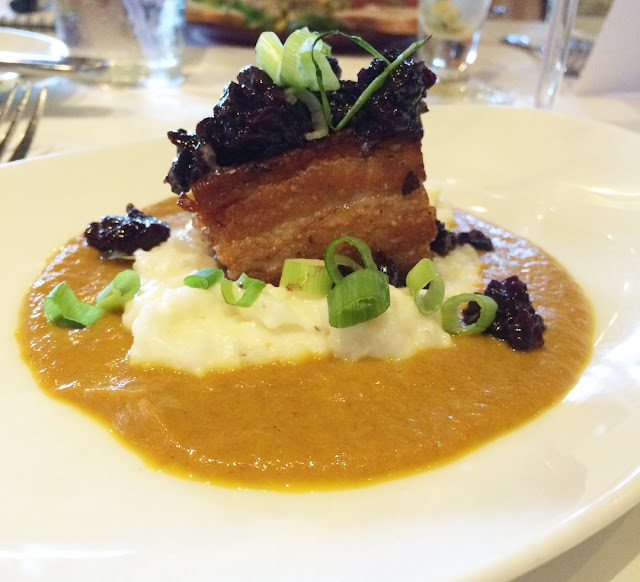 We also sampled the pork belly appetizer, served over more of those delicious grits. The meat was perfectly cooked, with a crispy top layer and melt-in-your-mouth tender pork underneath. While it was lovely on its own, the smoky tomato jam and a sauce made from a reduction of the braising liquids made the dish more special.

We also sampled a fellow diner's Pork Pops, savory spirals of roast pork and bacon with date and fig jam speared on lollipop sticks and glazed with hot honey. Maybe a bit trendy, but fun to eat and tasty to boot. 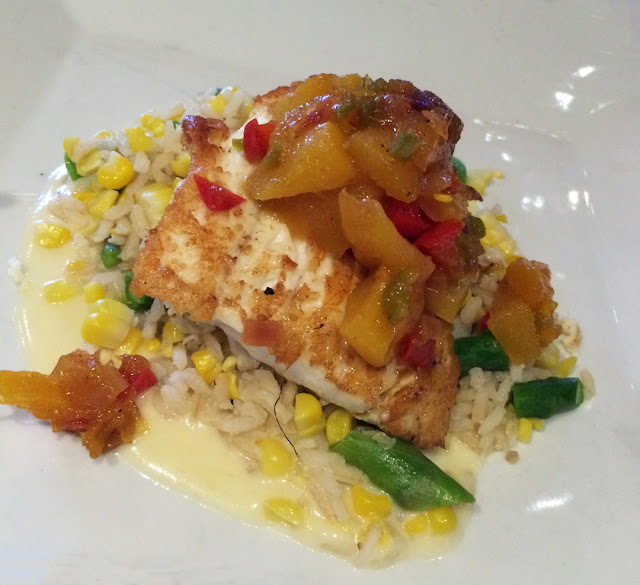 For an entree, I had a perfectly cooked piece of pan-roasted Alaskan halibut with a nice crusty top, served on a bed of corn, asparagus, and brown rice. The topping of sweet pickled peaches was unexpected, and the jury is still out on that. 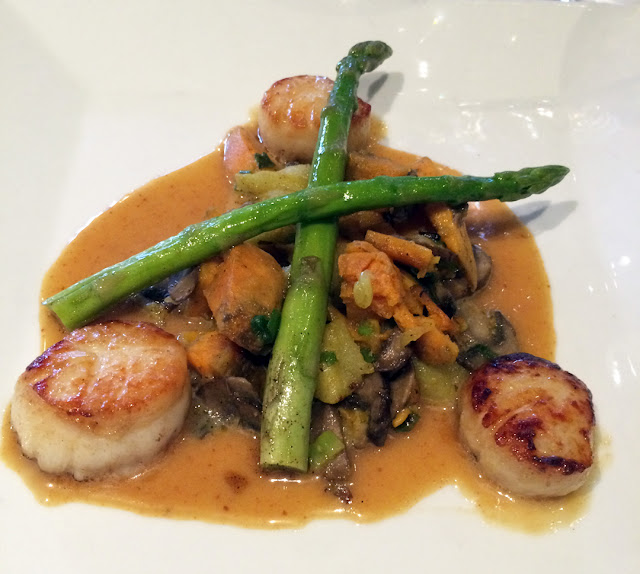 The Minx's seared diver scallops were served in a rather autumnal cider butter sauce over a hash of sweet potato and mushroom. Coupled with the steamy hot weather outside, the dish really made her long for cooler weather. And while it all worked fine with scallops, the accompaniments would have been really perfect for a fat pork chop. 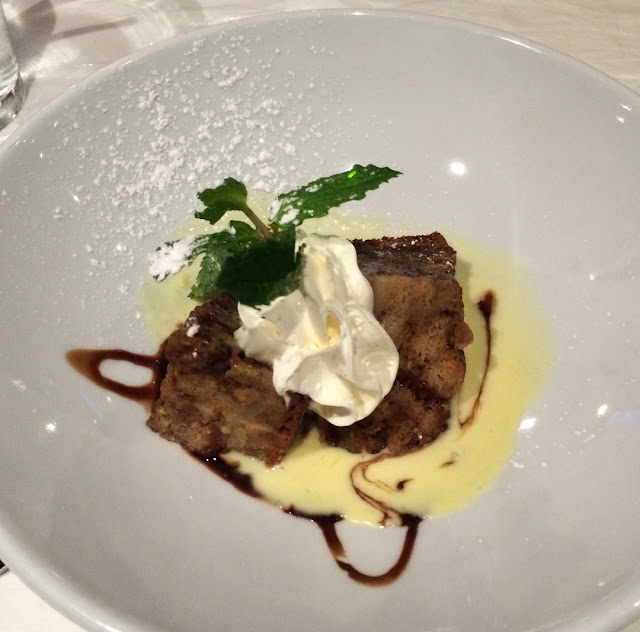 For dessert, the Minx had the rich bread pudding with creme anglaise while I opted for the light and citrussy key lime pie. Both were satisfying endings to a substantial meal. 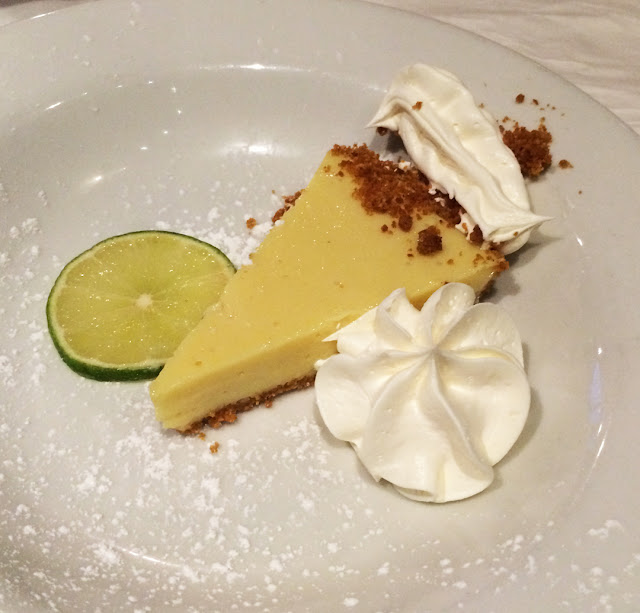 Despite all of the many new restaurants that have been popping up in Canton recently, Langermann's still seems to be going strong. The spacious dining room was fairly busy that night, and there were several patrons enjoying the bar area as well. Langermann's has outdoor patio seating, too, where one can watch the comings and goings of Cantonites up and down Boston Street--a perfect way to spend a summer evening.