Mother's Federal Hill Grille is one of those long-time hangouts that the Minx and I never got around to visiting, mostly because we don't have the opportunity to venture down to Federal Hill that often. Recently though, we were invited to try out the new Mother's North Grille just off Padonia Road, which is a quick drive up 83 North for us. Built in a former Applebee's, the decor in Mother's North Grille is sleeker and more modern than it's exposed-brick-and-wood-columns counterpart in Federal Hill. The food, however, is very much in line with the upscale pub food philosophy that all locations share.

We started with some appetizers, including their Blechman's Famous Hummus Platter. The creamy hummus is flavored with roasted garlic and paprika sesame oil. A side of kalamata olive and roasted red pepper salad compliments the hummus and there are plenty of veggies and naan to scoop up the delicious dips. 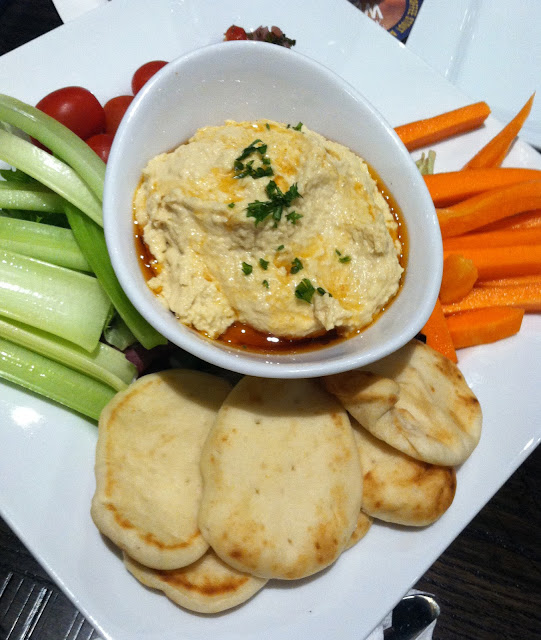 We also indulged in two styles of wings from their ample wings selection. The Old Bay® wings have a dry rub which I prefer and the spice has a nice kick to it. The Sriracha BBQ wings also had the right amount of spice, but I'm glad the waitress brought us wet-naps since the sauce is pretty sticky. 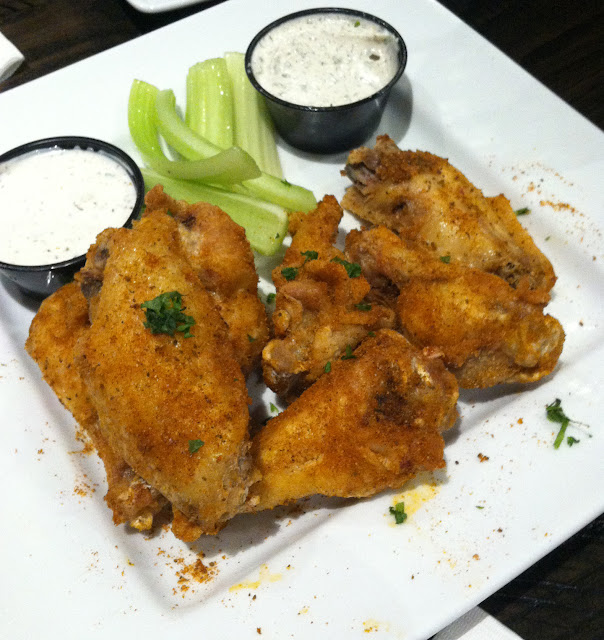 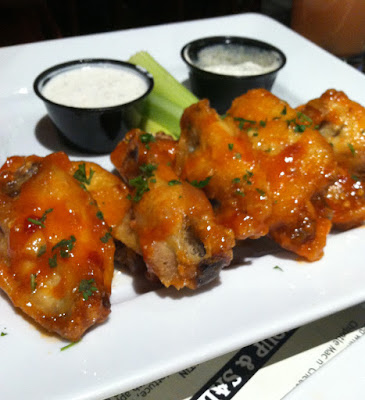 One of our tablemates ordered the Double Phat Crab Cake Dinner. While it normally comes with two meaty cakes, she went for the single cake option after our filling appetizers. The cake is loaded with jumbo lump crabmeat and very little filler and is lightly broiled. 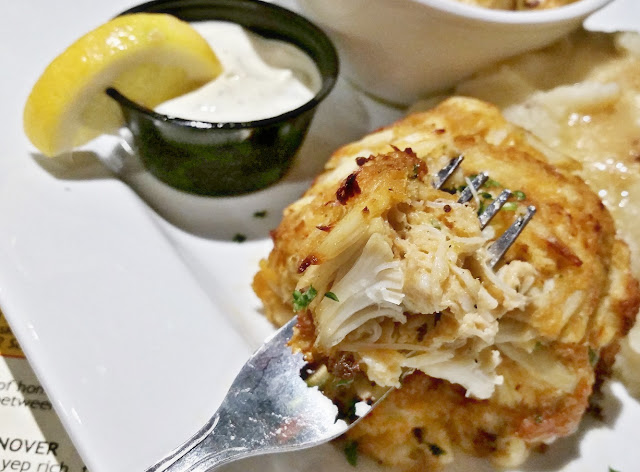 The fresh fish options vary daily based on what can be obtained. Salmon and swordfish were the two choices the Minx and I went for. I took my salmon sesame seared with a soy glaze, while the Minx's swordfish was blackened and served with a Cajun remoulade. Both flavor profiles worked well with our respective seafood, the blackening seasoning being a particular standout. 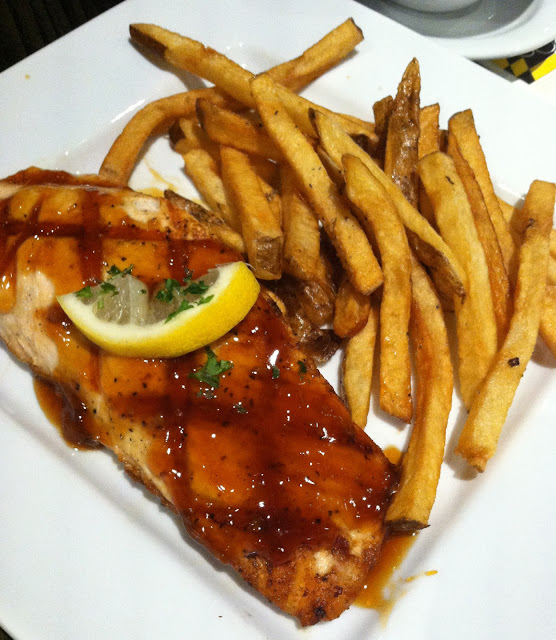 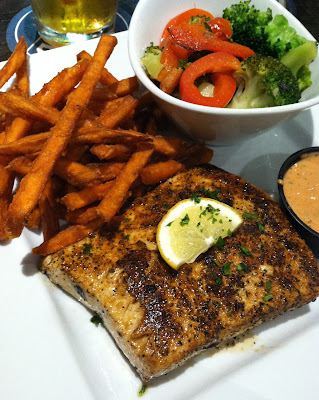 The Minx was dieting and decided to forgo dessert, but I couldn't resist trying their homemade ice cream created from a recipe passed down from the owner's grandfather. I selected the chocolate, which is always available, and one of their flavors of the day, red velvet. As I had hoped, the ice cream was rich and creamy, and the chocolate really tasted of chocolate. I know that may sound funny, but some chocolate ice creams I've encountered taste like some abstract notion of chocolate rather than the real thing. This was the real thing. Red velvet is a fairly subtle flavor, but I think this ice cream got it right. 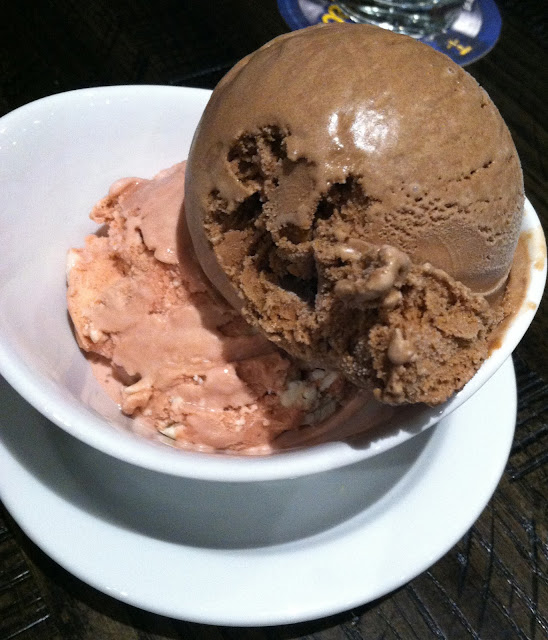 I'm happy to see that some of downtown's long standing establishments are starting to venture into the 'burbs. First Birroteca set up an outpost in Belair, then Bagby's Pizza opens a location in Pikesville, and now we have a Mother's in Timonium. I hope this becomes a trend. It's always nice to have some downtown flair in the strip malls of Baltimore County.