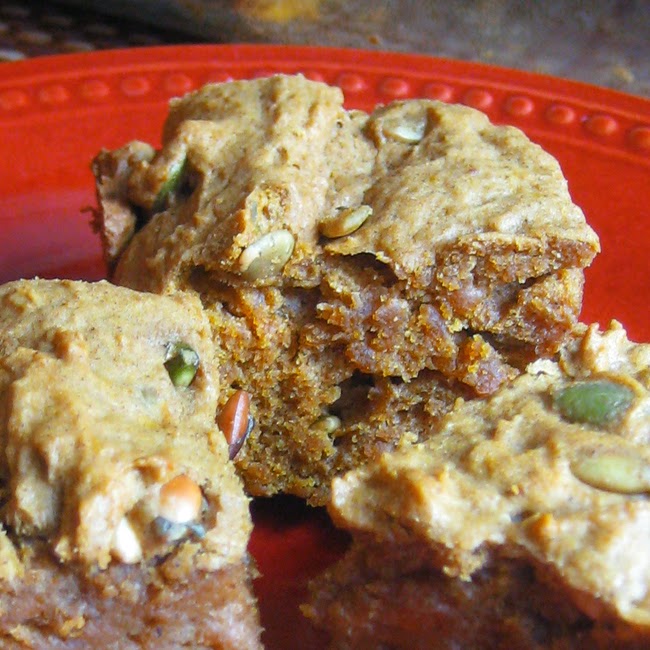 Have you all noticed that Autumn is the time for pumpkin spice everything? Starbucks kicked off the Pumpkin Spice season in August, with the release of their pumpkin spice latte. I'm not normally a PSL gal--I prefer the more Christmas-y gingerbread or peppermint mocha flavors--but I jumped on the bandwagon when I discovered that PSLs are really quite tasty when iced. A jumbo one of those really hit the spot on the long-ass drive back from Pittsburgh.

Once Starbucks opened the floodgates, a plethora of pumpkin products hit the grocery store shelves. Everything from coffee creamer to yogurt got the pumpkin spice treatment, and it's a wee bit excessive. I've tried the yogurt and thought it was just ok. The Weis brand ice cream was decent enough (and Weis ice cream isn't particularly good, IMHO), just pumpkin-y enough. The other stuff I won't try for you, but feel free to leave a comment if you have.

My contribution to the season is a pumpkin spice cake. It's somewhat like a blondie, but moister, and, filled with pumpkin and all of the spices that make pumpkin pie so good--cloves, cinnamon, allspice, nutmeg, and ginger. I also added some toasted pumpkin seeds for crunch.

This pumpkin spice cake makes a nice snack on its own, but is especially good with a scoop of pumpkin spice ice cream. Hell, drink a PSL on the side, too, if you want. Just don't blame me when you start turning orange like a human jack-o-lantern. 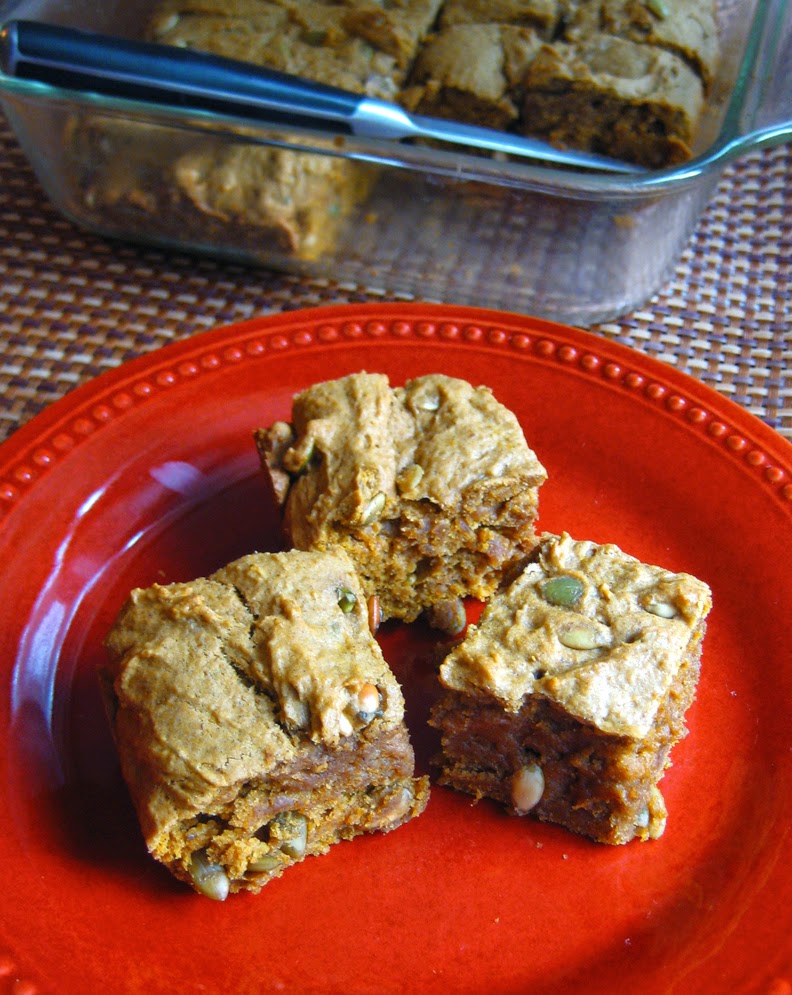 Preheat oven to 350 degrees F. Grease a 8x8-inch baking pan and set aside.

In a large bowl, combine the melted butter and brown sugar until completely smooth. Whisk in the egg until fully incorporated, then add the pumpkin, spices, and salt, stirring well. Add the flour and baking soda and stir until no white bits of flour are visible. Fold in the pumpkin seeds.

Spread into prepared baking dish and bake until a toothpick inserted into the center comes out with a few moist crumbs, about 30 minutes. Cool to room temperature before cutting into squares and serving. Cover and refrigerate uneaten cake.