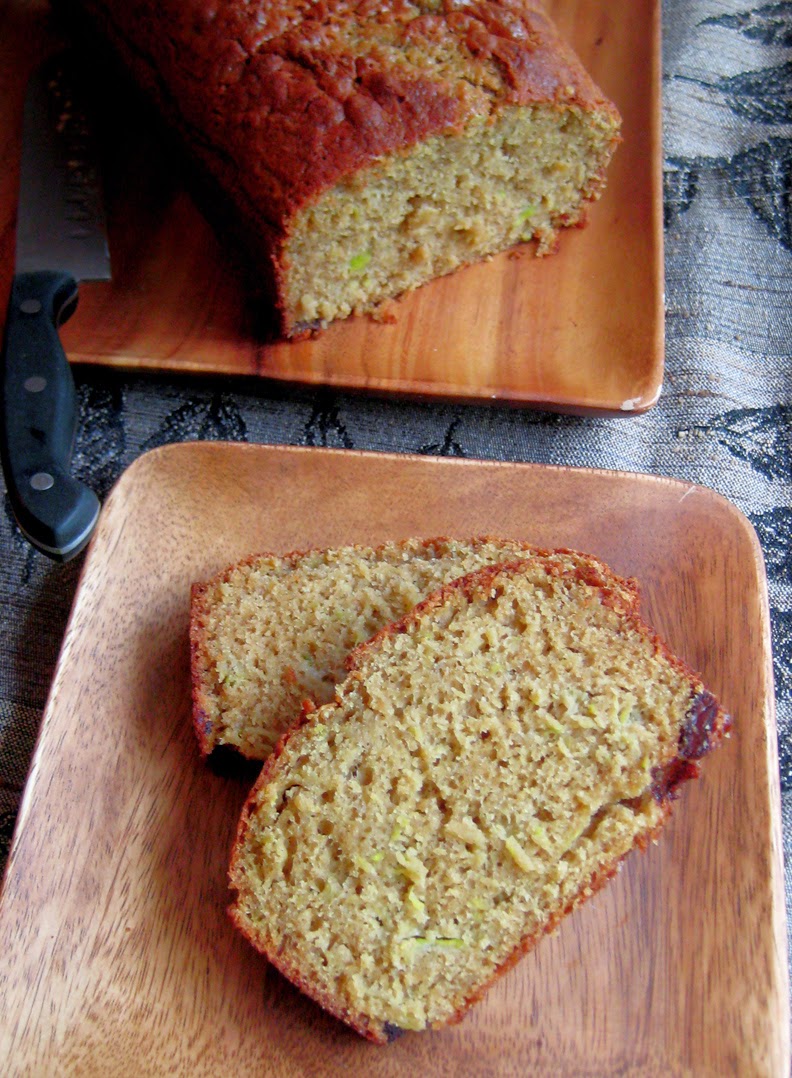 So we joined an on-demand CSA at the end of August, because our little backyard garden wasn't producing the way we wanted. Perhaps our lovely temperate summer had something to do with it. We aren't used to low humidity, and neither were our zucchini, eggplant, and other veg. We got a couple of nicely sized zucchini in our first box. Just two, nothing extraordinary. Personally, I love zucchini any way I can get it - raw, grilled, stewed, etc., but Mr Minx appreciates its squishy cooked texture about as much as I like lima beans. (I hate lima beans.) So rather than torture him with it, I decided to use the zucchini in a quick bread.

Before I had the chance to look for a zucchini bread recipe, Melissa Clark posted one on her Facebook page. Or she posted a list of ingredients. I saw that I had just about everything on her list and went from there. Here's my interpretation, which makes a lightly-sweet bread that is super-moist and has a nice springy texture. It's great as a snack, and for breakfast.

Zucchini Bread, adapted from a recipe by Melissa Clark

In a stand mixer (or use a large bowl and a hand mixer), combine the sugars and olive oil at medium speed. Add the eggs, one at a time, beating well after each.

Squeeze the zucchini dry and add to the batter. Pour into a greased 9 x 5 loaf pan. Bake for 45 minutes, until a toothpick inserted in the center comes out with only a few moist crumbs.

Allow to cool in the pan for 15 minutes before inverting the bread onto a rack to cool completely.