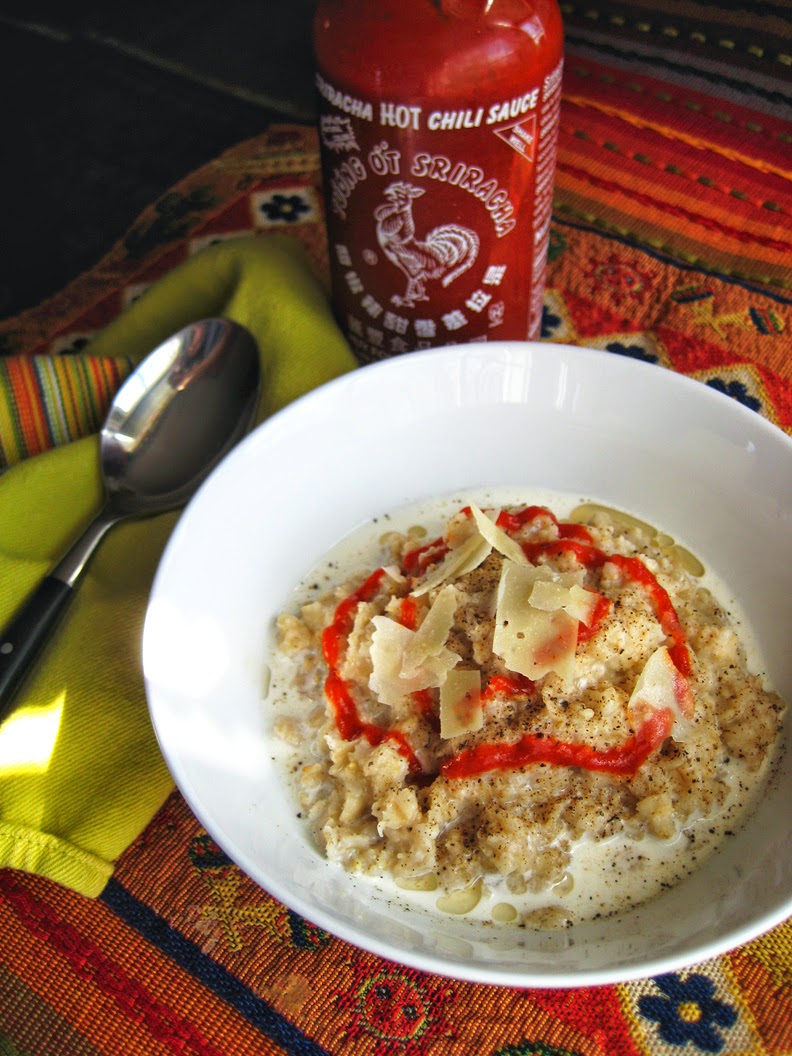 I have never been a big fan of oatmeal. The snotty, somewhat gelatinous texture always turned me off. Fortunately, my mother never liked it, either, so she didn't force us kids to eat it. In fact, Cream of Wheat ruled in our house, at least until I hit school age. Because I usually had a hard time waking up in the morning, instant oatmeal was occasionally called into play to get me fed and out the door, pronto. (We tried instant Cream of Wheat, too, but that was like eating sawdust soaked in hot water. Truly horrible stuff. My mind can still conjure up the malevolent taste of the apple cinnamon flavor.)

I managed to go decades without ever touching oatmeal again, but when the spectre of high cholesterol loomed, I thought I'd give the stuff another chance. Mr Minx was also of the yay Cream of Wheat/nay oatmeal way of thinking, but he was willing to give it a try as well.

The snotty texture of oatmeal is due to the whole boiling and stirring technique of cooking. With those two elements eliminated, the stuff is actually quite palatable. Turns out, oatmeal just needs to rehydrate, and that can be done quite efficiently with the heat off. Just bring water to a boil, turn off the heat, and stir in the oats. Allow them to rest for 10 or 15 minutes and they will absorb all of the water without getting slimy.

I first tried savory oatmeal at Blue Grass Tavern. It was served as an accompaniment to a sausage-stuffed quail topped with a poached egg and hot sauce. A riff on breakfast, if you will. I liked it, but wasn't sure if I should try it at home. But I realized I was getting tired of the usual weekend breakfast of either oatmeal with Nutella or oatmeal with maple syrup. Out went the sweet stuff and in went some cheese and hot sauce. The usual pat of butter was replaced with a spoonful of bacon fat. And it was delicious. 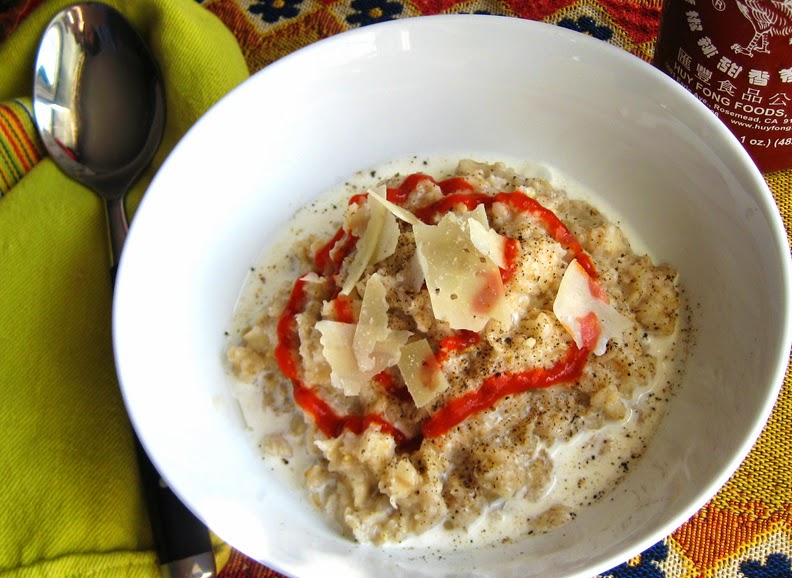 Place 1 cup of water in a saucepot and bring to a boil. Turn off heat and stir in oats. Cover pot and walk away for about 10 minutes. If the oats haven't absorbed all the water after that time, give them another few minutes.

While oats are "cooking," place bacon fat or butter and cheese in a bowl. Top with hot oats and stir well. Season with sriracha, salt, and pepper to taste, and add a bit of milk to the bowl to loosen the texture a bit.