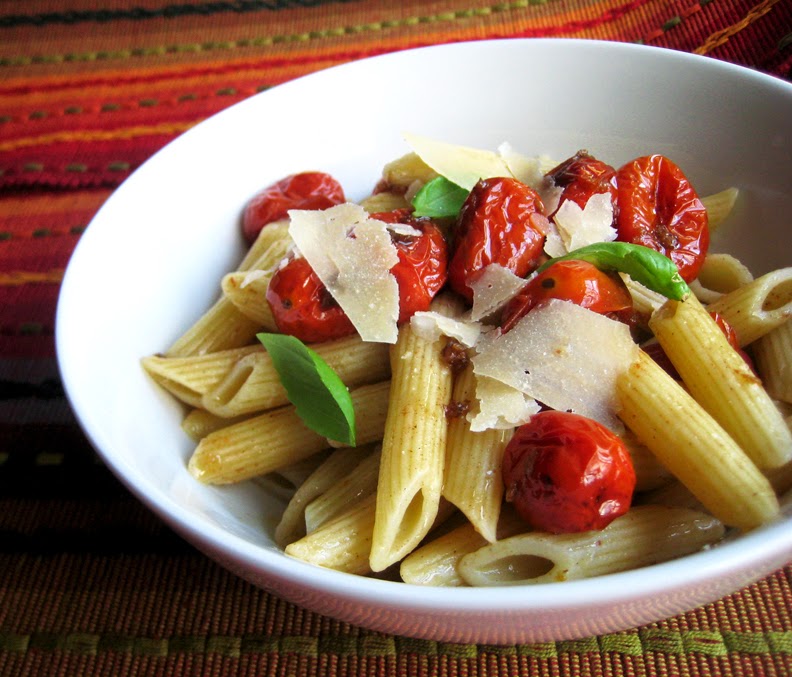 For the second issue in a row, I found a recipe in Martha Stewart Living that I simply had to make. It seemed pretty easy: toss tiny tomatoes with some oil, vinegar, and seasonings, and roast in a moderate oven for an hour. I planned to make it one Saturday afternoon, but then I got called away on...fun.

At about 4pm, realizing I wouldn't make it home in time I put the sauce together before our usual early dinnertime, I called Mr Minx. I was at an animal rescue, you see, petting fuzzy puppies, and couldn't drag myself away. I eventually did, and Mr Minx had the sauce in the oven when I got home. All I needed to do was start the pasta.

Super easy. And the taste? Delicious. The tomatoes were soft but not mushy and had an intensified flavor from being in the oven. The olive oil, vinegar, and brown sugar combo was the perfect sauce. And there were leftovers, which were combined with anchovies, capers, and olives to make an equally delicious puttanesca sauce.

Preheat oven to 325 degrees. Put tomatoes and garlic in a glass 9" square baking dish. Combine oil, vinegar, brown sugar, and salt in a bowl and drizzle over tomatoes.

Bake until tomatoes are softened and caramelized, about 1 hour. Toss with your favorite pasta. 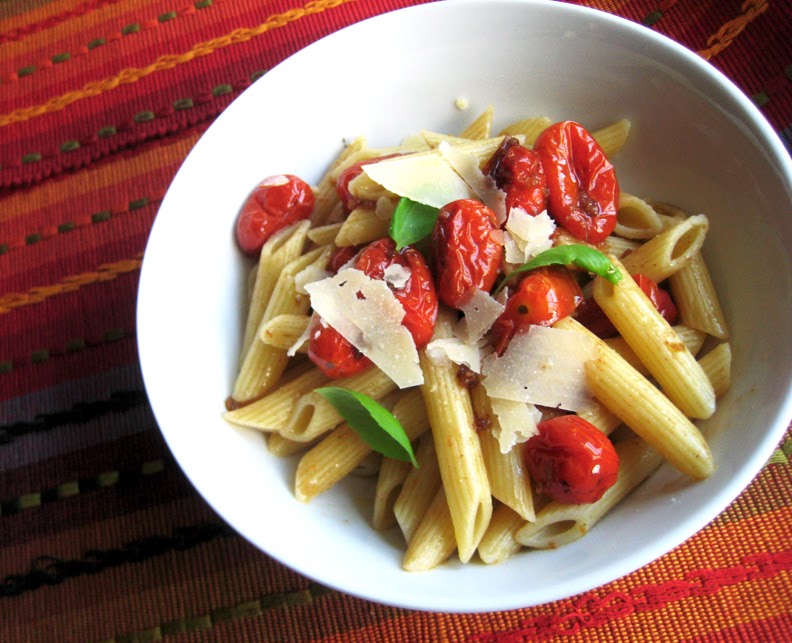