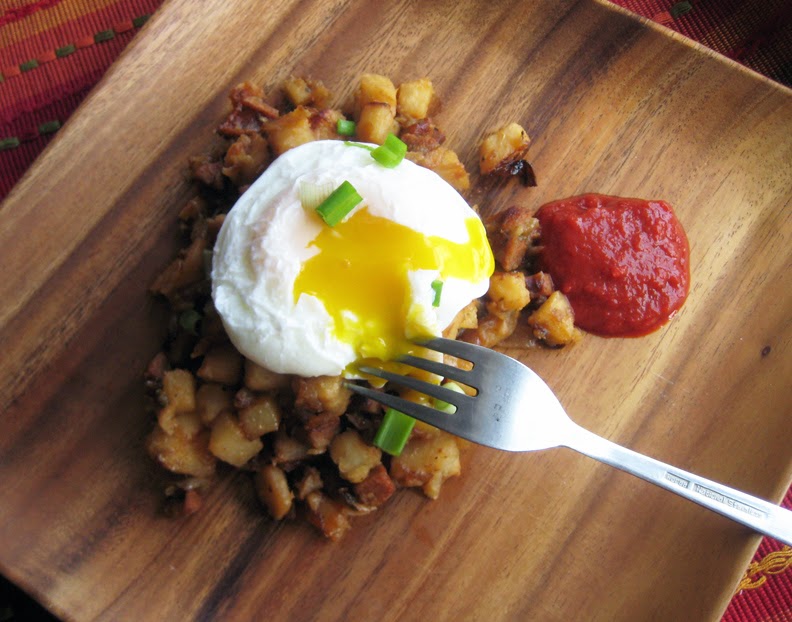 Sometimes one has to make do with what one has. And sometimes it's not all that much.

Usually I plan weekend dinners a couple of days in advance. Until the time comes that I don't. Sometimes I get so busy, things get away from me, you know? And it's usually those times that I open the fridge and find....nothing. Or in this case, one celery root and two andouille-style chicken sausages.

I love celery root, but usually eat it raw, shredded into a nice remoulade sauce, or mashed with potatoes. Bo-ring. I wanted to do something different with it, and the andouille sausage prompted me to make something with a New Orleans bent. Down there, the flavors of celery + bell peppers + onion = the Trinity. I had something celery flavored in the celery root, so I needed the onion and pepper part. We didn't have any fresh bell peppers, nor did we even have a jar of roasted red peppers hanging around. What we did have was a big jar of pickled peppers. 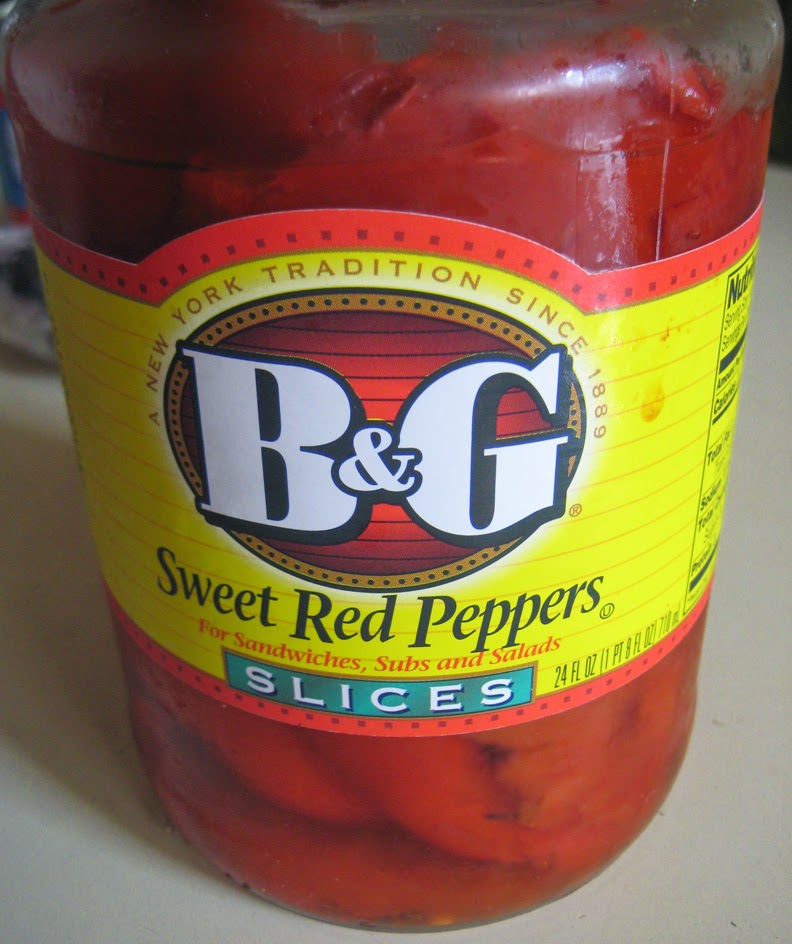 At this point, I had decided to make a hash with the celery root and andouille and some onion, but those peppers wouldn't work there. Instead, I decided to make a ketchup of sorts with a bit of tomato paste, to add a bit of bright acid to the dish. And of course hash needs a poached egg!

To make the ketchup: Place the equivalent of a whole pepper into the bowl of a food processor or mini prep. Add a couple tablespoons of tomato paste and puree. Taste for seasoning and add salt. Add a generous squirt of sriracha too, to spice it up a bit. Remove to a covered container and refrigerate until ready to use.

To make hash: Heat bacon fat or oil in a large skillet over medium high heat. Add the onion, celery root, and potato and stir to coat all of the vegetables with the fat. Turn heat down to medium low, cover the pan, and cook until vegetables are browned and tender, stirring occasionally, about 15 minutes. Add sausage and cook an additional 5 minutes.

Serve topped with a soft-boiled or poached egg, a sprinkle of chopped scallions or parsley, and some of the ketchup on the side. 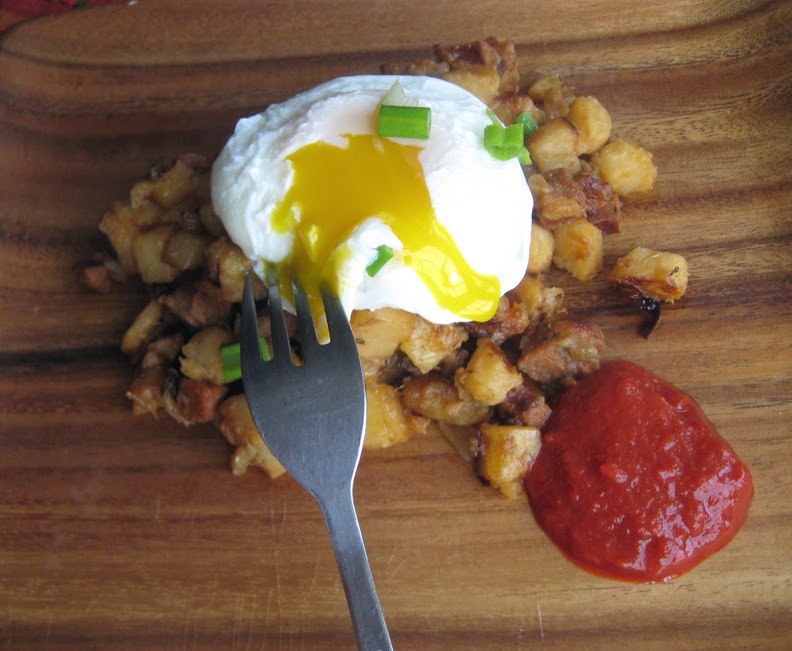