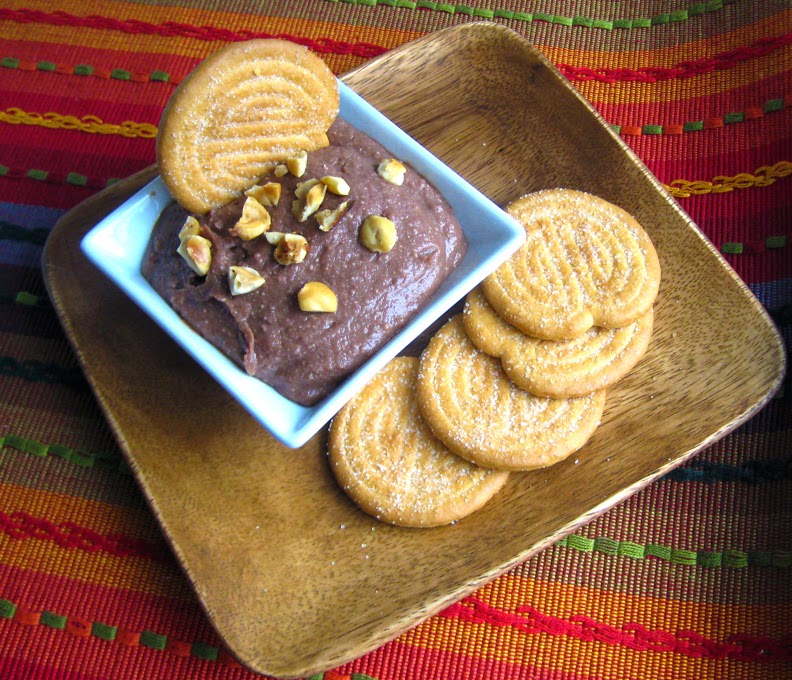 A recent dinner out inspired me to whip up this little treat. We were served mini cannoli stuffed with Nutella-flavored ricotta, and I thought, why bother with the cannoli shells?

I was originally going to make it for last weekend's Stitch 'n' Bitch, but everyone bailed on me. I made it anyway, and we ate it all ourselves.

A little tip for food geeks and people watching their weight. (Which is everyone, except me.) The more powdered sugar one adds to the dip, the better and thicker the texture. But sugar, of course, has calories. Ultratex 3, a thickening agent derived from tapioca, can deliver the same texture with far fewer calories. Unlike other starches, it doesn't need to be heated first and doesn't leave a starchy or gummy mouthfeel. Two teaspoons of Ultratex 3 is plenty for this amount of dip, allowing you to decrease the amount of sugar used to 1/4 cup.

Combine the ricotta, Nutella, vanilla, and cinnamon in a bowl. Stir in powdered sugar until it reaches a dippable texture--neither runny nor thick, somewhat like cooked pudding.

Speaking of pudding, one can certainly skip the dippers and serve this as a pudding.