It's hard to believe that we haven't been able to dine in a restaurant for 8 weeks already. And things were looking up this year! Last year it appeared that we were overlooked for most media feedings, at least in local restaurants. (Chains like Fogo de Chao still liked us though.) This year seemed like it was going to be so much better. In March alone, I was to judge two food events and we had at least 5 invitations to media dinners. Then we were asked to stay home in order to flatten the curve, which doesn't really seem to be happening. While states are starting to re-open businesses, I'm betting that situation is going to revert pretty quickly once infections start increasing again.

In the meantime, we're trying to keep local businesses afloat by getting carry-out or delivery at least once a week. Here are some of the things we've enjoyed over the last 8 weeks. 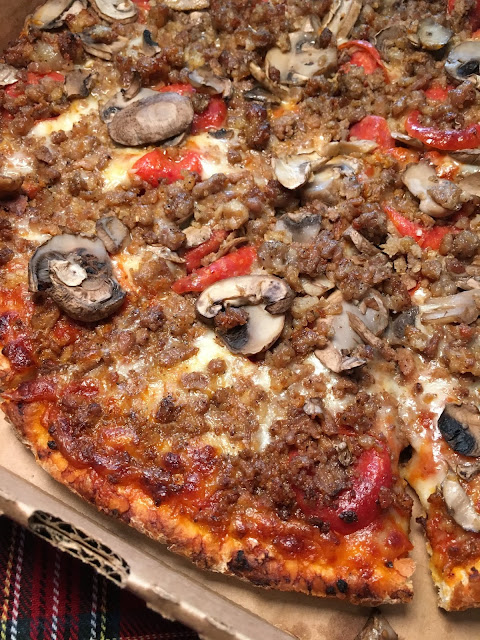 We had to be in Dundalk in Week 1, and any trip to that part of town deserves a pizza from Squires. We also got crab soup. At this point, we already realized that it might be smart to order enough food to last for more than one meal. At least a dinner and a couple of lunches. 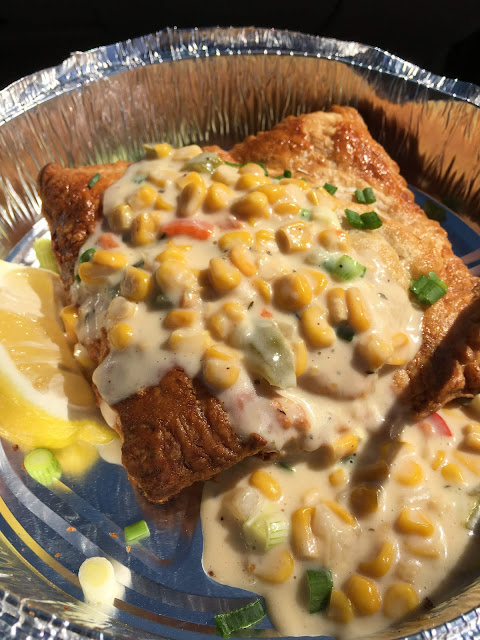 The following weekend, we visited our friends at Cajun Kate's in Wilmington. We brought home 8 quarts of various gumbos and some red beans, and enjoyed this catfish turnover with maque choux and deep fried mac and cheese in the car while we were there. 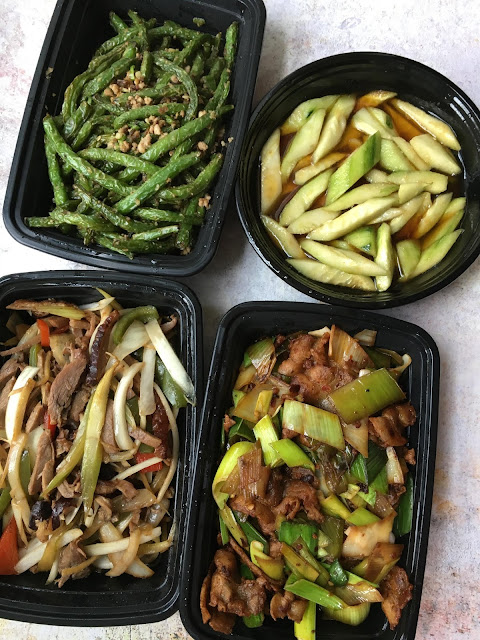 Red Pepper Sichuan in Towson got the call the following week. This was at least 3 meals. 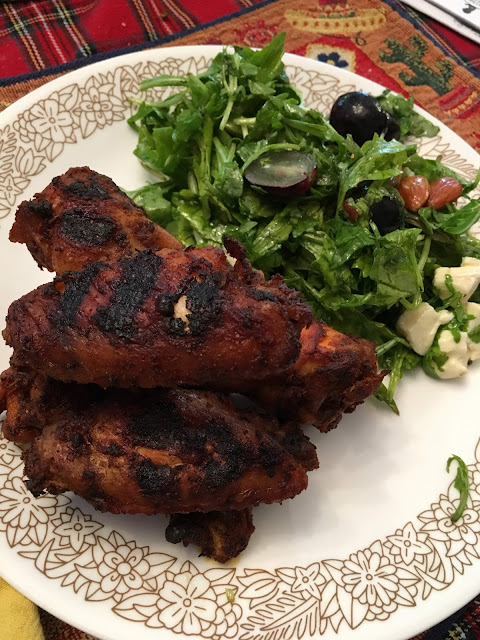 After that was pizza, wings, and a Lorenzo salad from Earth, Wood, & Fire. Two dinners and a lunch. 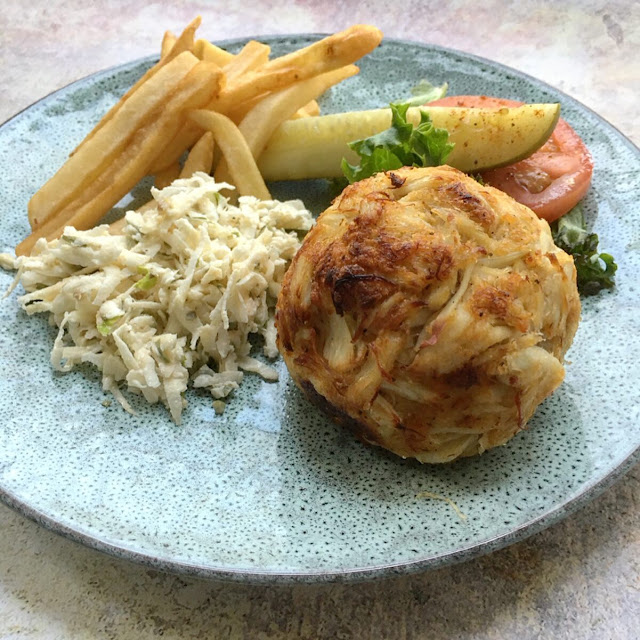 Koco's pub came next, for crab cakes that we supplemented with homemade celeri remoulade. Just because. We also got crab soup for a later lunch. 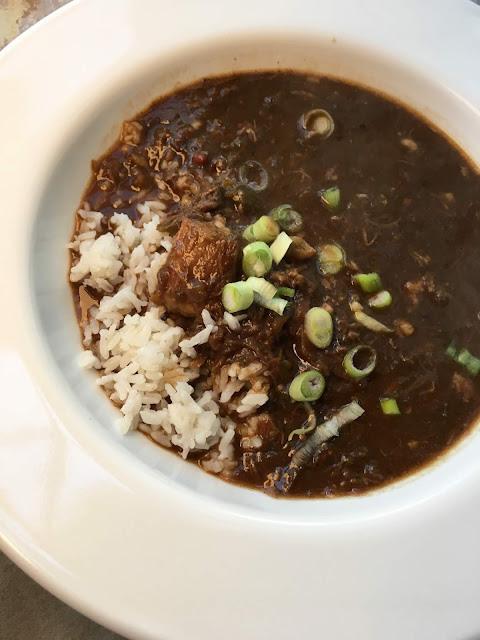 One of our quarts of Cajun Kate's pork gumbo was called into service later that week. Thankfully we were able to get in and out of Delaware before Maryland put the kibosh on out-of-state trips. 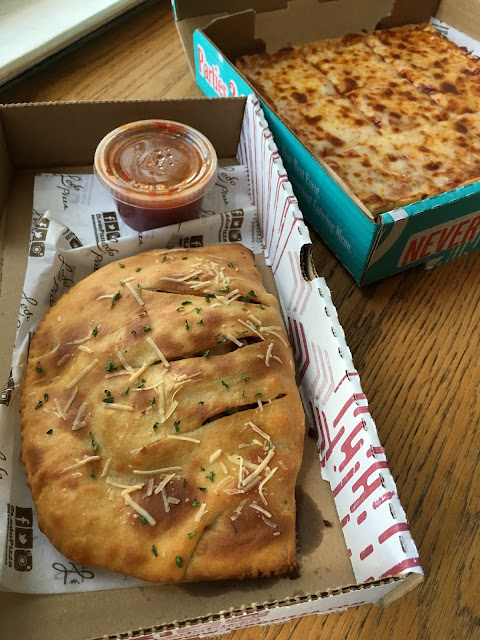 We were contacted by Ledo Pizza and asked to promote their $5 calzones on Instagram. They threw in one of their famous square pizzas too. Neither of us had tried Ledo in the past, and we thought their unusual flaky crust was quite good. Two dinners and a lunch. 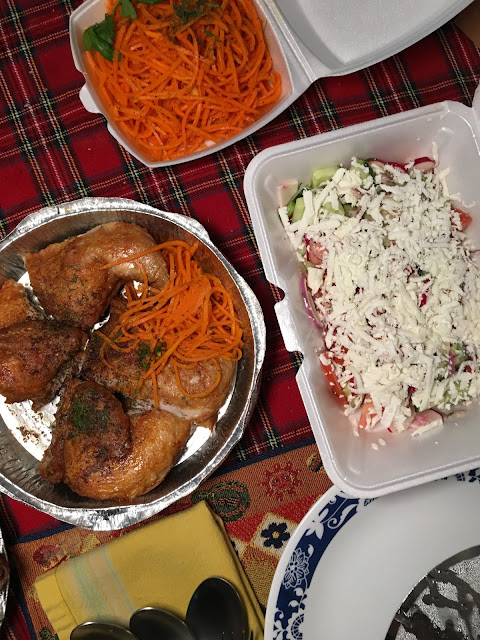 Silk Road Bistro's Uzbek cuisine, including chicken tabaka, kebabs, and a couple of salads, served us well for two dinners and three lunches. 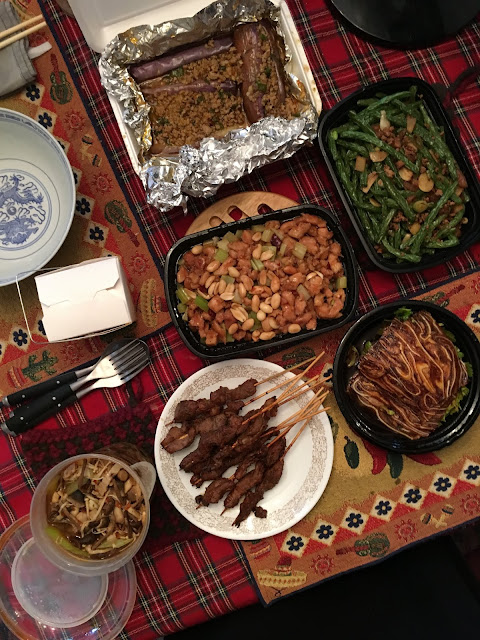 My brother tipped me off to a place called Asian Kebab and Hot Pot in Lutherville. The place is owned by the former owners of one of our fave Chinese restaurants, Hunan Taste, that closed in 2018. The menu is different, featuring hot pot and kebabs rather than Hunan food, but still quite good. We'll put this place into our permanent rotation, hoping that they stay afloat. 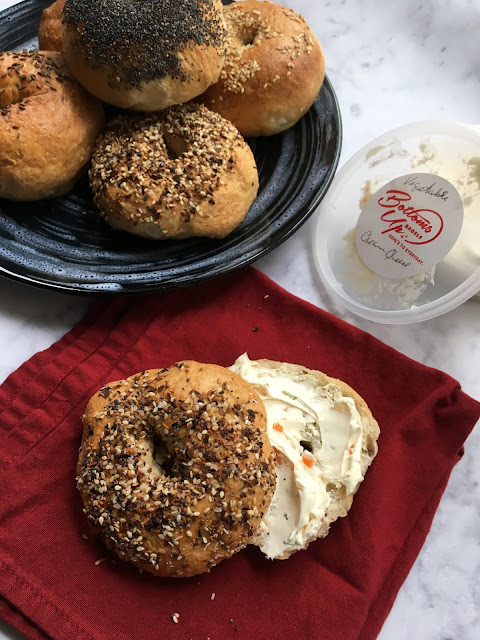 We ordered a dozen bagels and some veggie cream cheese from Bottom's Up Bagels and were pleased to finally find a place that made a proper chewy bagel. We put most of them in the freezer to enjoy later (and we're down to our last 3 already!) 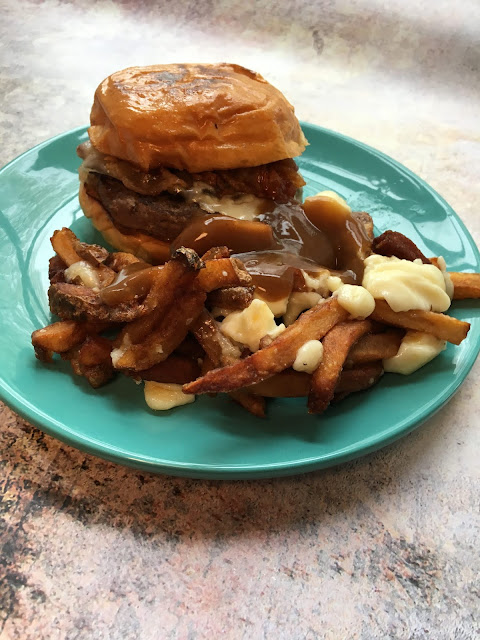 Mr Minx was craving burgers, so we grabbed a couple and some poutine from Clark Burger. I think these burgers taste better at home than perched on an uncomfortable stool in their tiny joint on York Road. While this was only one dinner's worth of food, sometimes ya gotta make sacrifices. 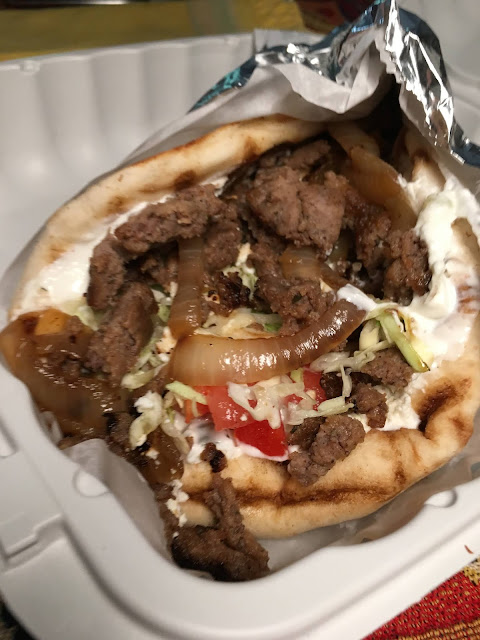 Gypsy's Truckstaurant supplied us with wings, a lamb gyro, and crab cake tacos. for a dinner and a lunch. 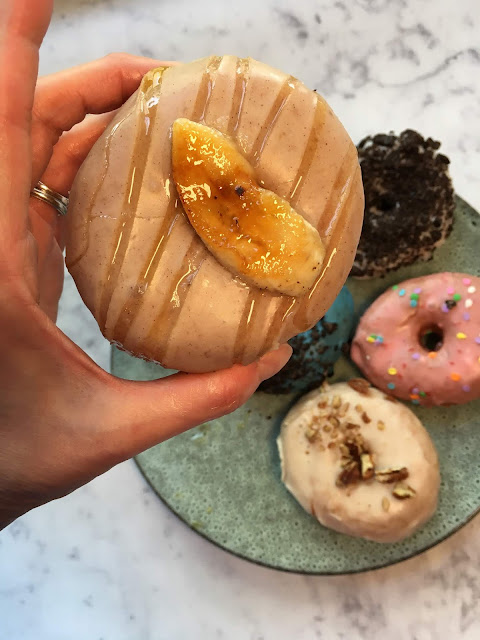 We even scored half dozen free donuts from Donut Alliance. The bananas foster one in my hand was my fave, though I also really enjoyed the birthday cake one. The icings have real flavor, unlike those at some other places that will remain nameless. And yes, we ate all 6 on the same day. Donuts get stale, you know.

What have you been eating these last 8 weeks?