Not sure if anyone knows, but I've been writing a restaurant column for the City Walker App Blog. The purpose of the app itself is to give visitors a local's-eye-view of a city, so they are able to experience it in the same way residents do--on foot. (Not that anyone actually walks anywhere anymore.) The blog offers a bit more detail; I have endeavored to take users on a stroll through the city while pointing out restaurants along the way. In addition to the walking posts, I have been writing others that put certain favorite restaurants of mine in a spotlight. I thought I could share those here with you.
----------------------------------------------------
Baltimore is not known for its vegan restaurants. That’s not to say it’s not a vegan-friendly city; there are a handful of notable places that serve vegan cuisine. Some are completely vegan. And several of them are even planning a Vegan Restaurant Week from August 18th - 26th (check out https://www.mdveganeats.com for more info). I’m not vegan, or even vegetarian, but have always felt that a well-rounded food scene is beneficial for the city’s residents and visitors alike. Plus I understand that the high level of meat consumption in the US is not doing anybody any favors, physically on an individual level and climate-wise on a global scale. 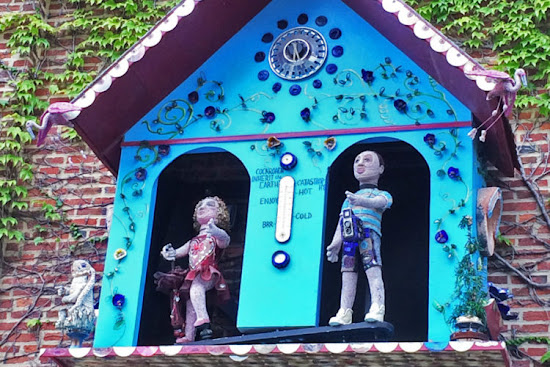 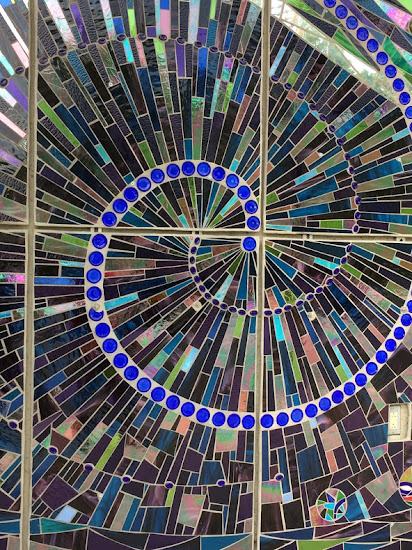 Encantada, in the American Visionary Art Museum (AVAM) is a restaurant that pleases both vegans and consumers of animal products alike. But first, let’s talk a little bit about AVAM. If you haven’t been there, you must go. Seriously. It’s the most interesting, fun, mind-boggling, amazing art museum in the city (and we have two pretty fabulous museums in the Walters and the Baltimore Museum of Art). The term “visionary,” when applied to art, refers to works created by persons with no formal art training who are guided solely by their own inner voice. These folks may or may not march to the beat of a different drum in their public lives, but whatever it is that influences their work, it doesn’t follow the constraints of “learned” forms of art like went-to-art-school art or even the traditions of folk art. Think 25-foot-long ship models made entirely of toothpicks, or complex masks created from knitted and crocheted yarn. Amazing stuff. I consider AVAM to be in the top five places to visit in Baltimore (the others being the National Aquarium, Oriole Park at Camden Yards, Walters Art Museum, and Fells Point). 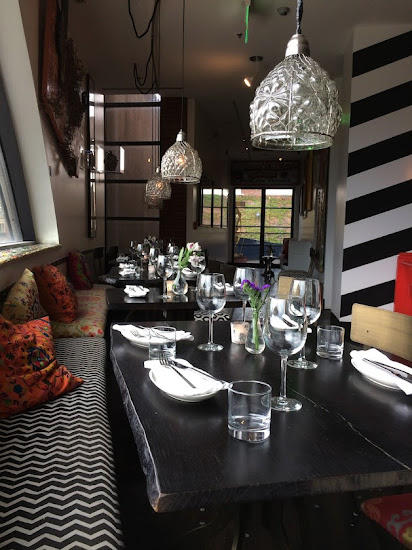 Now, on to the restaurant. The word “encantada” means “charmed, enchanted, bewitched,” which seems appropriate for a restaurant located in such a delightful museum. Apropos of its setting, the decor at Encantada is, shall we say, eclectic. Furniture and fabrics are purposely mismatched, walls may sport royal blue and black vertical stripes, or black and white diagonal ones. Art from the museum is hung here and there, adding still more color to the elegant cacophony of the restaurant’s interior. The menu is much more focused. The food at Encantada is grounded in the restaurant’s partnerships with local farmers, watermen, and ranchers to provide the freshest seasonal meat and produce. The animal proteins used by the restaurant have been raised humanely without GMOs, and while that still might not please PETA, it makes us carnivores feel a bit less guilty about indulging in meat. Vegetarians and vegans will be happy, however, that vegetables and grains play far more important roles at Encantada than at many other restaurants where they may be relegated to mere “side dishes.”

One can enjoy Encantada’s vegetable-forward menu at brunch, lunch, dinner, and happy hour. Conveniently, brunch is offered both Saturday and Sunday, with $15 bottomless bloody marys, mimosas, and beers from Evolution, a craft brewery based in Salisbury on Maryland’s Eastern Shore. Vegan options include a bbq tofu benedict with avocado, crispy kale, and grilled tomato, and a spicy “chicken” sandwich made with seitan. Actual chicken is fried and coated in harissa honey and served with french toast in another dish that’s a riff on the now-popular chicken and waffles, and a burger with a runny egg is available, too.

The dinner menu is divided up into small and large plates, but it’s probably easiest to think of them as apps and entrees. On the current menu, all of the small plates are vegetarian or vegan apart from the “N’awlins BBQ Shrimp,” which of course is not. 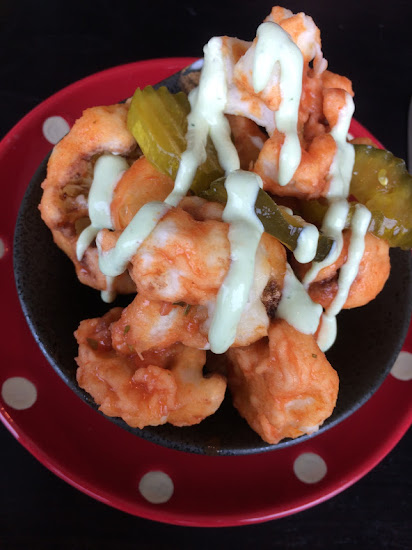 One of the more popular vegan small plates, available for brunch, lunch, and dinner, is the Nashville cauliflower, made with Tennessee-style hot sauce and served with vegan ranch dressing and bread-and-butter pickles. It shows that whatever chicken can do, cauliflower can also do (and possibly do it better). The deviled turnips are another popular dish; it’s been on the menu from day one. They’re actually a play on deviled eggs--small white turnips standing in for the egg white, a filling of chickpea mash, and a dusting of smoked paprika. Cute and tasty, but egg-like in appearance only. 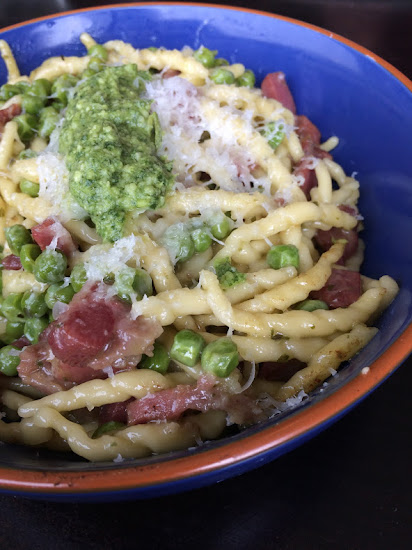 Entrees include more meaty selections, things like NY sirloin and duck breast, some fish options too. But even carnivores will enjoy the pasta with mushroom bolognese, its depth of flavor due to the umami-rich mushrooms. On a recent visit during Restaurant Week, we tried a housemade trofie (a hand-rolled twisted pasta) with pesto, peas, and optional guanciale (cured pork jowl or cheek) that was simply outstanding. You can’t go wrong with ordering a side of heirloom carrots, either; though the preparation is always slightly different, they are usually topped with toasted hazelnuts, which really make the dish.

Finally, don’t pass up on cocktails before, during, or after your meal. The Cheshire Cat is a particularly refreshing gin-and-cucumber beverage with a touch of lemongrass, mint, and lime, with a fun blue ice cube that gradually turns the drink purple as it melts. I also like “It’s About Fig & Thyme” and “Berryland Smash,” both tasty concoctions that are worth trying.