Sometimes, when things don't go exactly as planned, one has to make adjustments. This is as true of cooking as anything else.

This post was originally published on March 28, 2014.
------------------
Pulled Pork with Peaches
The February issue of Saveur magazine has several interesting recipes for peaches, which seems odd when there's snow on the ground. But canned peaches can be just as tasty; indeed the focus of the article was canning. And while I don't do any canning myself, Del Monte, Libby's, etc., does.

When I spotted a relatively inexpensive pork shoulder at the grocery store, I decided we needed to try the peach-braised pulled pork. 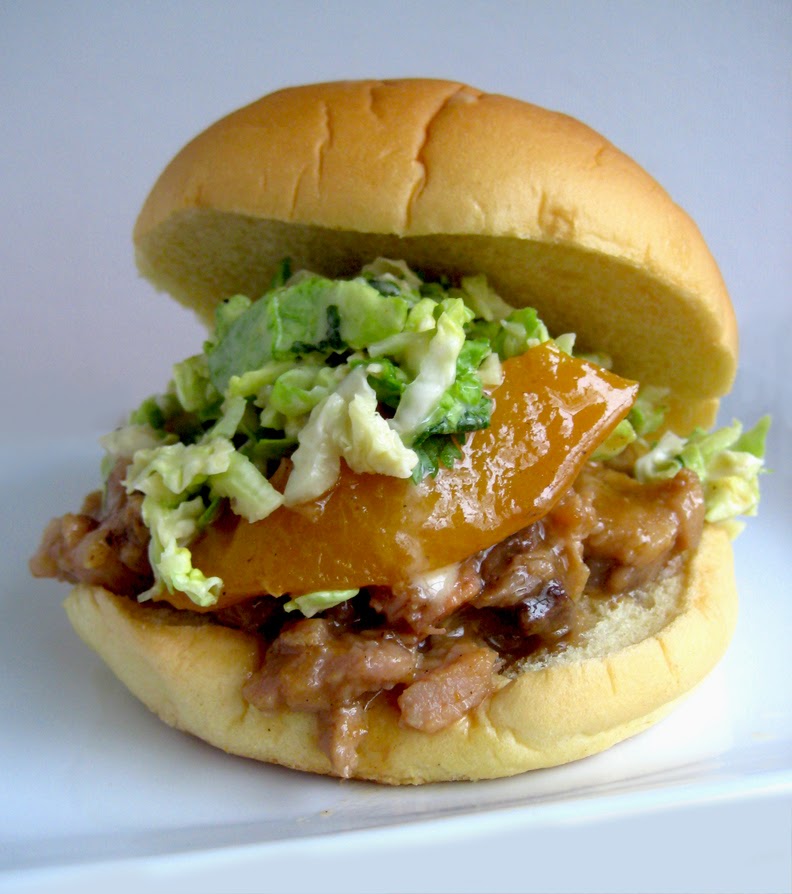 Once home, I realized the recipe called for a 3 lb boneless shoulder, and we had just purchased one that weighed 8.5 lbs, bone-in. It also called for whole cloves, smoked paprika, and lager beer. We had ground cloves, no paprika, and a couple bottles of my brother-in-law's home brewed ale. So I do what I always do--make substitutions. Allspice works just as well as cloves when it comes to matching with peaches, and as long as the beer wasn't stout, it would be fine. As for the paprika--I could have sworn I had a big bag of it in the cupboard, but I suppose I'll have to order more from Penzey's or the Spice House. There's really no substitute, so I just skipped it completely.