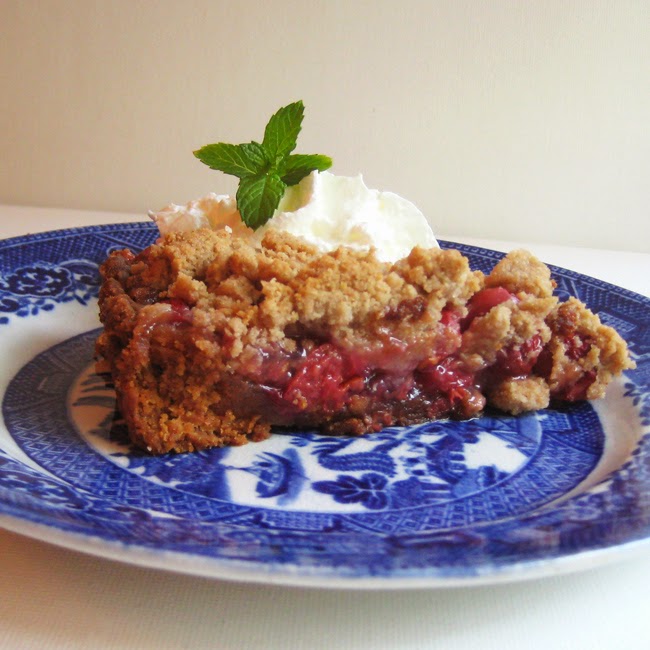 My brother purchased two pies, one cherry and one apple, to serve as dessert on the 4th of July. While the cherry pie was tasty, it had an edge of artificiality, despite coming from a local bakery. The glaze was just too gloppy and red, as if the filling had originated in a can. I was pretty sure I could do a better job baking a cherry pie myself.

Just days later, kismet revealed quarts of gorgeous sour cherries at the farmers' market. I snapped one up and immediately began searching for pie recipes online. Smitten Kitchen's crumb-topped pie appealed, because it didn't require a top crust. (While I normally don't mind admitting to using store-bought crusts, I thought a home-made cherry pie deserved a home-made crust. I just didn't want to make two of them. Or, heaven forbid, a lattice.)  In another stroke of luck, I received an e-mail from Saveur magazine, touting their new brown butter blackberry tart recipe. The crust recipe seemed easy and didn't require any rolling out, so I resolved to use it. I ignored the fact that the shell was intended to be used for an unbaked pie. 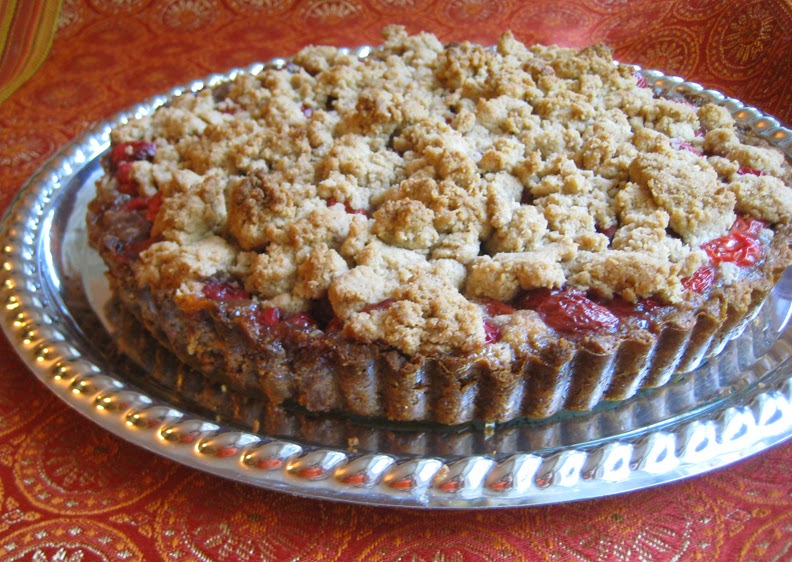 While the crust recipe seemed pretty simple to begin with, I simplified it even further. The original recipe called for butter, water, oil, and sugar to be placed in a heatproof bowl and baked for 20 minutes until the butter began to brown. Why not put them in a saucepan and cook for fewer minutes?

I made the rest of the pie (filling and crumb topping) pretty much according to the original recipe. Because the crust was intended for use with a non-baked (pre-cooked), custard-type filling, the texture is pretty different from that of a regular pie crust. No matter, the combination of brown butter flavored crust + lightly sweet cherries was pretty swell. And the crust held up well enough for me to take the tart out of the tart pan without it falling apart.

Mmm...cherry pie. It was lovely, and much better than the gloppy bakery pie.

Make the crust: Heat oven to 400°. Stir butter, water, oil, sugar, and salt in a medium saucepan. Cook over medium heat until butter begins to brown, 5-8 minutes. Stir in flour until dough comes together. Press dough into bottom and up sides of 9" tart pan with removable bottom. Prick dough all over with a fork. Bake for 10-12 minutes until browned; let cool.

Make the crumble: Combine all ingredients in a bowl and stir until everything is coated with the butter.

Make the cherry filling: In a large bowl, mix the cherries with the sugar, cornstarch, and kosher salt.

To assemble the pie:  Reduce oven heat to 350°F. Pour the cherries into the pie shell. Sprinkle the crumble over the cherries. Place the pie plate on a foil-lined cookie sheet. Bake for 50 minutes, or until the juices are bubbling and thick. Remove to a rack to cool to room temperature before serving. 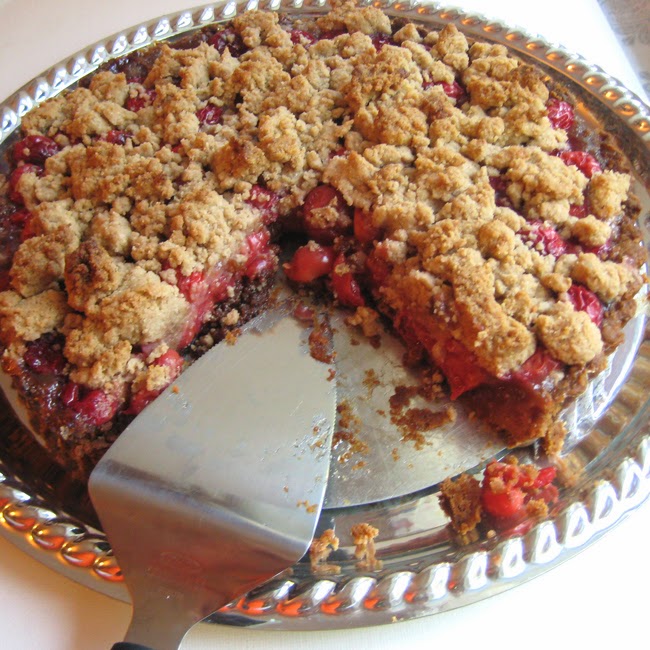