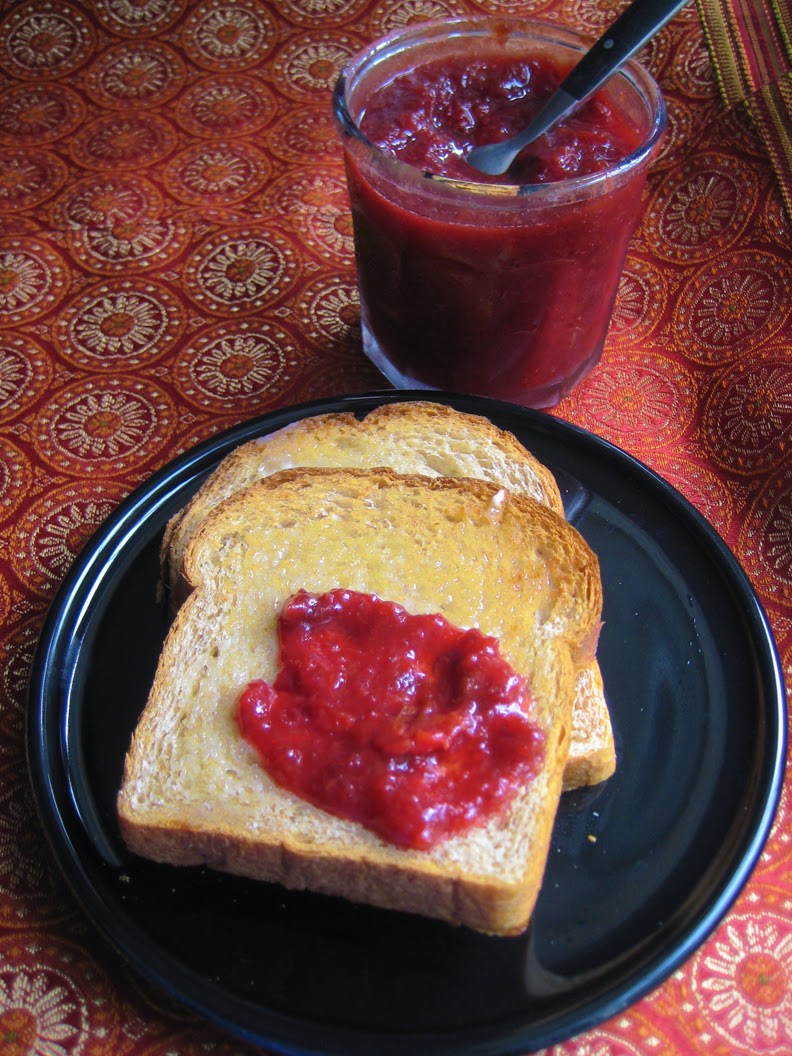 After I made that cherry pie, I knew I had to get more sour cherries while they were in season. I snagged the last quart at the local farmers' market and waited until the weekend to do something with the tiny red beauties. Originally, I figured a quart would be enough to make a clafouti and a bit of jam or preserves, but because I waited a few days to pit the late-season cherries, some of them had started to rot. I ended up with a scant three cups of pitted cherries and gave Mr Minx the choice of using them in either the clafouti or the jam. He figured the latter would be more versatile, and so did I.

I didn't want to make a full-on jam. It was too hot to boil anything for 40 minutes, so I cooked the mixture for about half that, only until the cherries were nice and tender. I then took a stick blender and gave it a whiz, breaking down the fruit into a very chunky puree. Technically not a puree.

The result was thick enough to spread on toast, and that's good enough for us.

Bring all ingredients to a boil over high heat. Turn back heat a little and cook at a rapid simmer for about 20 minutes. Remove from heat and whiz with a stick blender until the fruit is mostly broken down/the liquid is less liquid-y looking. Pour into a jar with a lid. 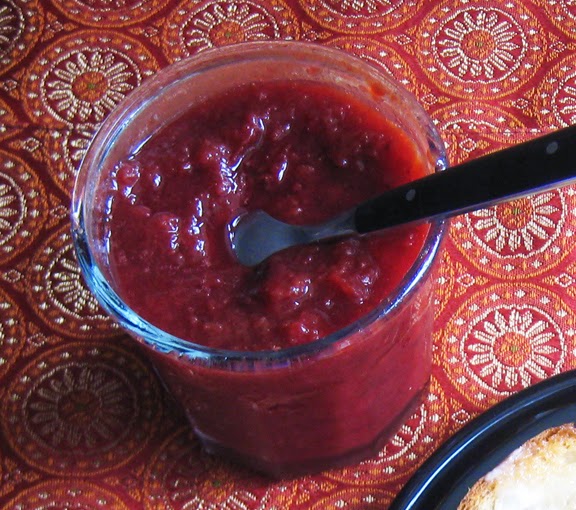