Everybody's favorite Irish pub, Slainte, now has a food truck. Makes sense, as sister restaurant Kooper's has had one (Chowhound Burger Wagon) for years now, and as far as I can tell, it's very popular. Slainte on Wheels offers a completely different selection of foodstuffs from the burger wagon. 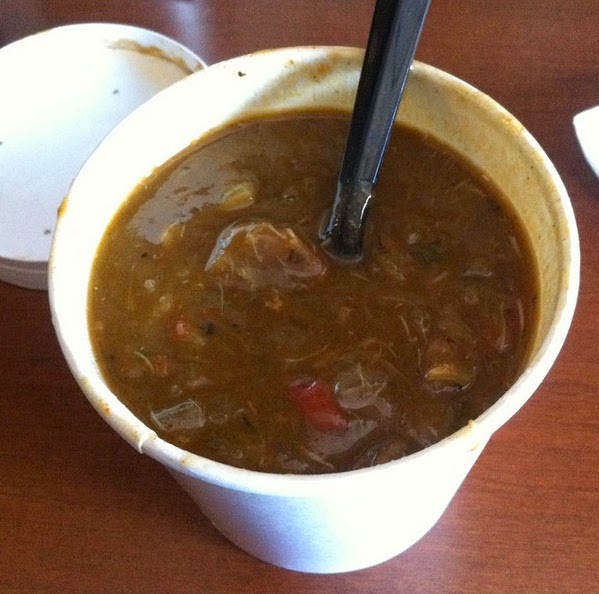 There's Slainte's famous gumbo, for one thing. Yes, gumbo on an Irish food truck is weird, but I promise you that it's very very good. It's the same gumbo served at Slainte and all three Kooper's Tavern locations, a spicy, hearty, and very warming combination of seafood and vegetables. I think it's the best gumbo in town. 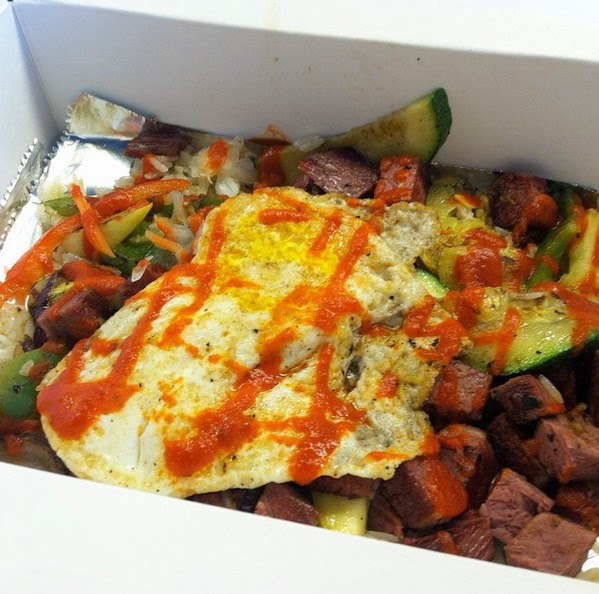 There's also the Irish bibimbap, which wowed Guy Fieri on an episode of Diners, Drive-Ins, and Dives (Clearly the country has run out of all three, so Guy is going to non-diners, non-drive-ins, and non-dives now.) Rice, stir fried veg, cubes of corned beef, pickled cabbage, and a fried egg drizzled in sriracha make up a decidedly non-Korean version of this tasty Korean rice dish. A sweet element and a bit of sesame oil might take Slainte's version closer to Asia, but it's tasty nonetheless, with a generous amount of protein.

There's more of that good corned beef in a spicy version of a classic Reuben sandwich. And what Irish restaurant worth its salt doesn't feature potatoes? Wedge-shaped "chips" play a role in two dishes billed as "munchies," one topped with curry sauce and another with cottage pie filling and cheddar cheese. They also come as a side to Natty Boh-battered cod, and to Irish bangers (sausages) with onion gravy. An arugula salad and black bean falafel wrap round out the menu so the vegetarians have some choices, too.

It's always good to have another food truck on the street, and one that serves a couple of more unusual items. Like that mighty fine gumbo. Makes me wish it were Friday (the day Slainte on Wheels is in my 'hood) so I can have some of that for lunch today....