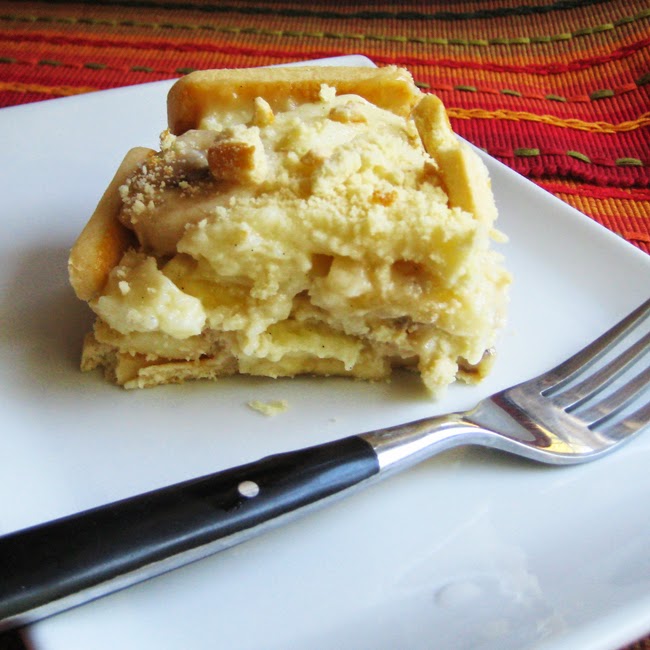 I've never made banana pudding before, and I've probably only eaten it a handful of times in my life. But I like the idea. Bananas, cookies, and pudding - what's not to like? It's a southern thing, and despite being south of the Mason-Dixon line, we don't see a lot of it in Baltimore. One of my co-workers brought it to a work party a few years ago, and despite my lack of experience with the dish, I thought it was the best I've ever eaten. Her secret: she used Pepperidge Farm Chessman cookies instead of the usual 'Nilla Wafers.

When I saw that the ShopRite had certain flavors of Pepperidge Farm cookies on sale, one of which was those Chessmen, I grabbed three bags and decided I needed to use them in a banana pudding. I asked my coworker for her recipe. To my great dismay, she said she used one from that racist, southern-fried, capped-tooth, diabetes medicine-huckster, Paula Deen. Regular readers will know that she's not one of my favorite people, so I wasn't going to use her recipe. Co-worker did say she uses cheesecake-flavored Jell-O pudding instead of Deen's French Vanilla, and Cool Whip instead of cream cheese. So really, she doesn't use her recipe at all, except for those cookies.

I wasn't going to use any artificially-flavored pudding mix. I was going to make my own.

There are cornstarch-based puddings and egg-based puddings. Mine is a combination of both, more of a vanilla pastry cream than a pudding, making the resulting dish rather like a banana cream pie with a cookie crust.

I made my pudding a day in advance. The Chessmen cookies are thick, and I wanted them to soften up a bit. If you want crunchy cookies, serve your pudding shortly after assembling. 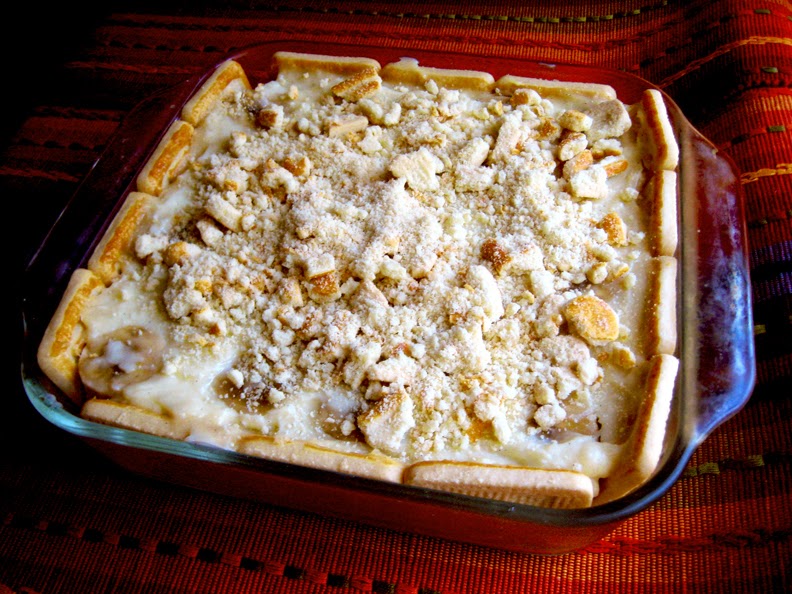 In a medium saucepan, bring 2 cups of the milk to a boil. Combine sugar, cornstarch, and salt in a medium heatproof bowl and then gradually whisk in the remaining 2/3 cup of cold milk. Whisk in the eggs. Once milk is boiling, whisk it gradually into the cornstarch mixture.

Pour the mixture into the saucepan used to heat the milk and put over medium heat. Bring to a simmer, stirring constantly. Cook for an additional few minutes, until the pudding gets thick (it will happen all of a sudden) then remove from heat and add the vanilla. Set aside.

Place a layer of Chessman cookies in the bottom of an 8" x 8" or 9" x 9" square pan. Prop cookies up around the edge of the pan as well, creating a "crust." Slice the bananas and add a layer of them on top of the cookies. Pour over 1/3 of the pudding and spread to cover the bananas. Repeat cookie, banana, and pudding layers. Add another layer of bananas and the final layer of pudding.

Cover pan with plastic wrap and refrigerate overnight. There should be 6-8 cookies remaining. Crush these into large crumbs and sprinkle over the pudding before serving. Top with whipped cream, if desired.