While Whole30 has been largely successful for me, I have definitely modified it to my tastes. One of the big no-nos is using a legal food, eggs for example, to replicate a non-legal food, like a taco shell. That is apparently "not in the spirit of the diet." I call bullshit, because the spirit of the diet lies in the dieter, not in the list of forbidden foods. While I have gotten used to eating potatoes as my primary starch, one can't really wrap a taco in them, or use them particularly successfully to sop up egg yolk, etc. I understand that grains are forbidden on Whole30, and I do my best to avoid all of them, including ground corn, so I won't eat a corn tortilla (though I will eat fresh corn), or rice, but I draw the line at giving up clever facsimiles made from "legal" substances.
Not long ago, I read about Crepini wraps, made from egg and cauliflower, in a specialty food magazine. I inquired about samples, and two days later received both large and small wraps in my mailbox. I figure the large ones could be used for bigger sandwich-style things, and the smaller ones as taco shells. 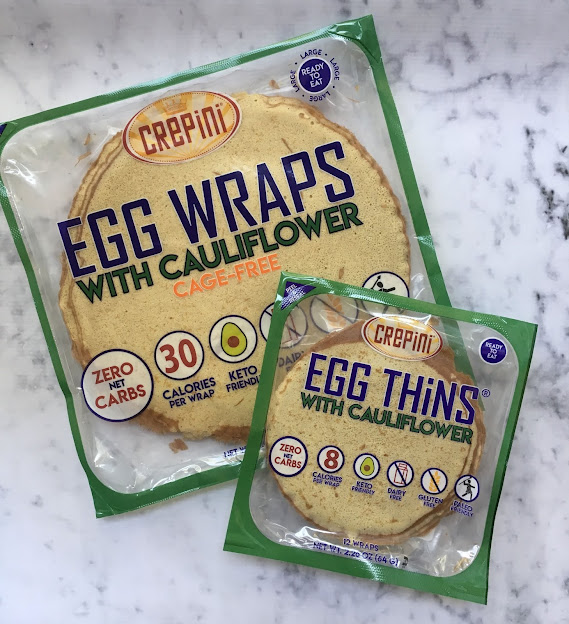 They smelled a little farty when I opened the package, but that's the whole cauliflower thing. The flavor, however, is pretty neutral, like a flour crepe, and pretty close to the same texture. They are super thin, but not super delicate. Still, I found that I liked to double the large ones before wrapping up any goodies and tripling the small ones for tacos. I mean, 24 calories is still much fewer than the amount in a corn tortilla, right?
I tried the large ones with grilled sausages (while hubby ate a hot dog bun), with eggs as a breakfast burrito, and on their own as "bread." The small ones made lots of tasty tacos. 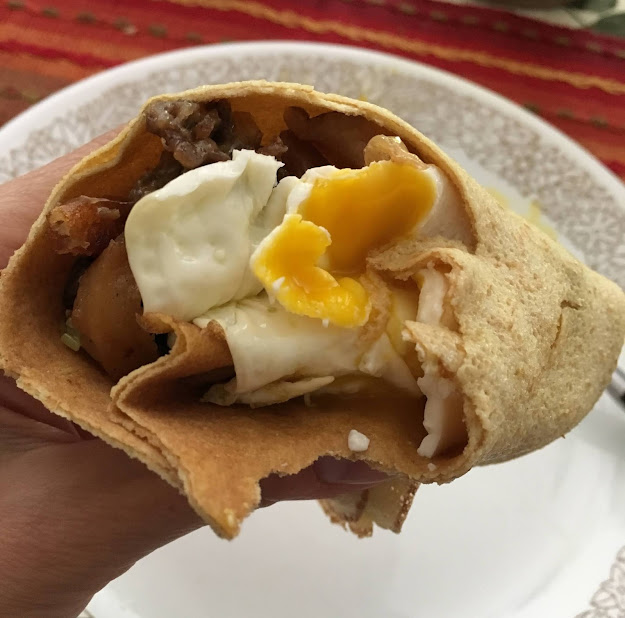 While Crepini Egg Thins aren't a perfect substitute for bread, etc., they are pretty damn good. I am quite pleased that I discovered them and will be buying them regularly in the future. 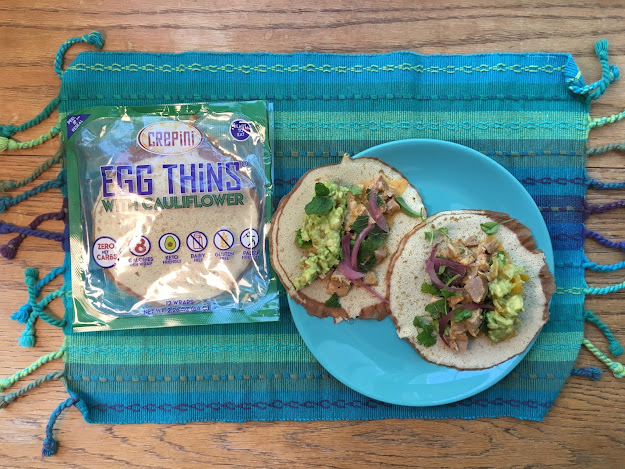 Thanks, Crepini, for the free samples!