I realize as I read over my last two recaps that I tend to be quite wordy. Hey, I'm a writer - I like words. Today, however, I will attempt to be more brief. For one thing, I am teleworking and typing all fucking day long to begin with. I don't need to type more words! For another, I've been boring myself halfway through, so I know you can't be having a good time out there.

In order to be as brief as possible, I will attempt to write this recap without referring to the copious notes I took while watching. So if I get things wrong, well, my memory isn't as good as it once was.

We start the episode in the Top Chef Kitchen. Padma is wearing a mustard-colored jumpsuit and I fear we are going to get some shots of her butt at some point. She is a beautiful 49-year-old woman with a beautiful body, but pants are never flattering on her ass. Maybe it looks better naked? I don't know and I don't care. (And I hope she won't sic her lawyers on me again.)

In any case, she calls out two surprise judges for the Quickfire Challenge: the multihyphenate actors-comedians-writers Randall Park and Ali Wong. The cheftestants go wild. Or they get mildly excited. Vietnamese Nini and Chinese Lee Anne are pretty happy to see Asian (Korean and Chinese-Vietnamese, respectively) representation in the house. The challenge itself is kinda meh though. The cheftestants are tasked with making the "best damn fried rice," but they must utilize oddball ingredients chosen by Park and Wong. How odd? Odd as in peanut butter, frog's legs, jelly beans, and bleu cheese. The winner of this Quickfire will gain immunity from elimination in the second challenge of the episode.

I suppose a good chef should be able to make a universally beloved and seemingly simple dish like fried rice. Personally, I think it's deceptively simple. It's hard to get the rice the proper texture. Soggy fried rice is sad. My boyfriend Bryan has respect for fried rice but admits he hasn't made it often. Likely he realizes it's gonna be soggy, and decides to disguise it as porridge from the getgo. He tops it with crispy rice just so he can say he actually followed the challenge. 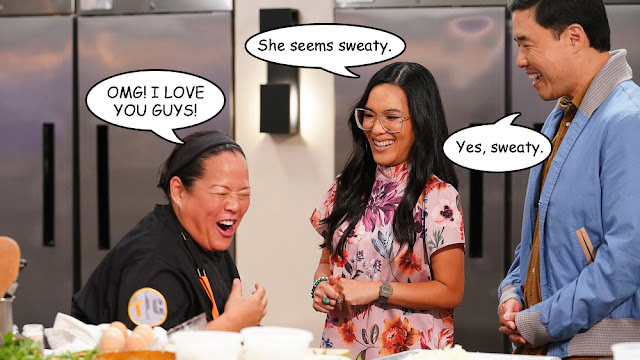 Lee Anne, in between jumping up and down and hugging the guest judges, declares fried rice a "lifestyle." The rest of the chefs rummage through red hots and jelly and do the best they can under the circumstances. Nini grabs a watermelon for no good reason and decides to pickle it and pretend its tuna. I'm sure it will fool the judges, as long as they don't put it in their mouths. Kevin is making a redneck rice with wieners, bourbon, and Cheetos that makes me throw up in my mouth a bit. Eric (who I have decided is almost as hot as Bryan) mixes peanut butter in his rice, which makes sense considering he cooks a lot of African food and peanuts are a staple. He also uses jelly, which loses me. Malarkey uses vadouvan, a French-style curry powder, to flavor his. Of course he does.

Eventually all rice has been fried and the judges taste. More than one chef used frog's legs, which doesn't seem that weird, actually. They just look funny. Park and Wong pick Nina's watermelon (which watered down her rice) and Jamie's SPAM surprise as the worst. (C'mon, it's SPAM.) Jamie's canned meat product is cut in such big chunks and is so salty that it takes over and ruins the dish. He's the loser. Kevin's weird-ass bourbon and Cheetos rice hits all the right stoner notes for the judges and he gets the win. And immunity. Let's not forget that.

For the Elimination Challenge, the chefs have to go to the Getty Museum and look at art for inspiration. They draw knives to put them into teams, though they are working individually. One person from each team will be eligible to be winner, one will be safe, and one will be on the line for dismissal.

Neoclassical - Karen, Eric, Jenn, and Kevin (who chose this group as part of his QF win perks)

Most of the chefs know nothing about art. They ponder paintings and take away things like "art is colorful" and "this shit all looks alike," and "didn't they paint anything other than Baby Jesus and his mom?" Then they head to Vibiana, an event venue in LA, formerly the Cathedral of St Vibiana of the Roman Catholic Archdiocese of Los Angeles (I said I wouldn't use my notes, not that I wouldn't look things up on the Internet). The guest judge is Ludo Lefevre, whose French accent still makes him almost impossible to understand. There are other diners at the party, none of whom I know except for chef Ray Garcia. I don't actually know him know him, but I had just seen him on the episode of Ugly Delicious that we watched before TC came on. So basically I was somewhat aware of his existence.

The Renaissance group serves first. Lee Ann was inspired by a painting of Madonna and Child and does a metaphorical twist using duck and eggs and a thousand sauces with multiple colors of beets and whatnot. Too many elements that took too long to plate and ended up looking a bit of a mess. Malarkey was inspired by paintings of saints and chose to create a "halo of halibut." I think he was going with his own theme this week: vadouvan, cuz he used it in both challenges. Nini was inspired by the concept of renaissance in general. She's from New Orleans, which had to rebirth itself after Hurricane Katrina. Her gumbo was tasty but not very pretty. 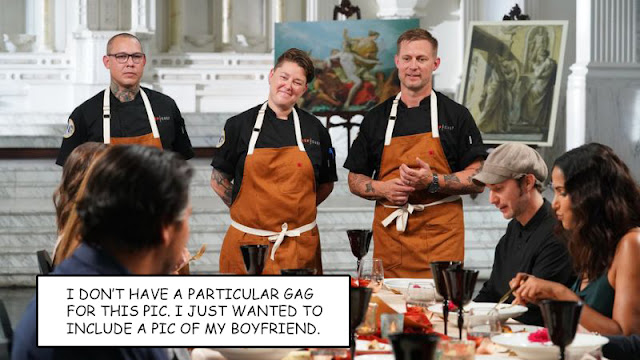 Baroque came next. Lisa was inspired by the conflict she saw in paintings so she used her own conflict - Jewish but wanting to be Mexican - to create a brisket dish. It seemed like a brunch hash to a couple judges. Bryan only noticed colors, so he made a pretty and colorful dish that tasted good but really didn't represent the art of the period. Jamie makes a sous vide chicken breast which somehow comes out overcooked; also his jus didn't make it onto the plate. I forget what his influence was. Dryness, maybe?

The Rococo dishes are all uniformly gorgeous. Melissa presented a lobster wonton in a broth full of colorful vegetables, inspired by the excess of the period. Gregory chose to riff on the Asian influences in Rococo design by cooking short ribs with miso. Stephanie was inspired by the supple bellies on display to make tortellini stuffed with mortadella. Sounds like my belly after lunch, but more wrinkly than supple. I'M SORRY. YOU DIDN'T NEED TO KNOW THAT. Her dish was tasty, but undercooked.

Finally, the Neoclassical team brought out their goods. Karen's braised chicken, which was supposed to be simple, lacked flavor and visual appeal. Jenn made a simple fish dish which is tasty but is "just fish and sauce," according to Tom. Eric prepared a lovely and austere dish of halibut in a broth which really did represent the period and made Gail "feel something." (My guess is indigestion, after eating 13 dishes.) Finally, Kevin's dish of lamb with carrot tops had too many carrot tops and was unbalanced. Good thing he had immunity. 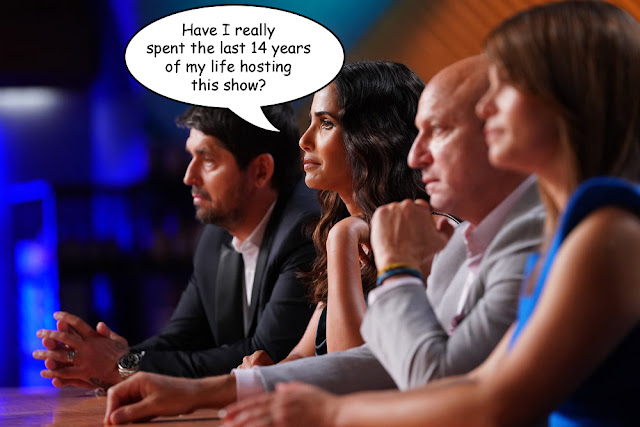 Judges' Table: Bryan, Melissa, Eric, and Malarkey were tops in their groups, with the win going to Melissa and her gorgeous lobster pasta. Lee Anne, Jamie, Stephanie, and Karen were on the bottom. I thought Stephanie was pretty safe, being that her only infraction seemed to be undercooking her supple bellies. Karen was pissed that Kevin was safe and didn't want to go home because he had immunity. Lee Anne was sweating it. But Jamie's horribly overcooked chicken got him sent home instead.

Next week: Another recap! Hopefully!