Though I ended up making most meals this year, I wasn't particularly creative. Mr Minx gets home from work about 90 minutes after I do, which should leave me plenty of time to cook. But once I walk home from the bus stop, then take the dog for his walk, I am not really in the mood to get creative. It's great when I've remembered to defrost something pre-made, like a quart of Cajun Kate's gumbo, or some chili, but most of the time I'm ordering Indian food and reheating it. I feel like I'm in a real culinary rut. I have done a decent amount of baking this year, despite being on Whole30 from about May on. I can't eat the goodies that come out of the oven, and Mr Minx shouldn't, so I've been passing them on to a friend with a sweet tooth. He gets snacks (but hopefully not diabetes) and I get to bake, so win-win.

I do end up cooking every Sunday though, and have tried the vaguely creative thing here and there. Like the golabki I made in July. I'd never made them before, and I don't remember my Grandmother making them at all (though she apparently did before I was born), so I didn't have a go-to recipe. My cousin Dianne had sent me a few, so I took what I thought were the best parts of all of them and then added my own spin. I think they turned out pretty well, and the recipe made enough that I was able to put three more dinners-worth in the freezer for other times. 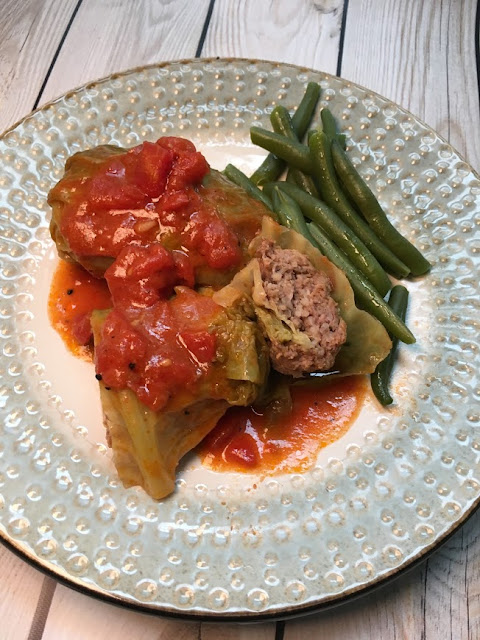 I always think my crab cakes are pretty good, and was able to make those a few times this year. I like using leftover meat from steamed crabs, but have even stooped to using imported crab. The best ones, of course, use the meat from Callinectes sapidus, as these did. 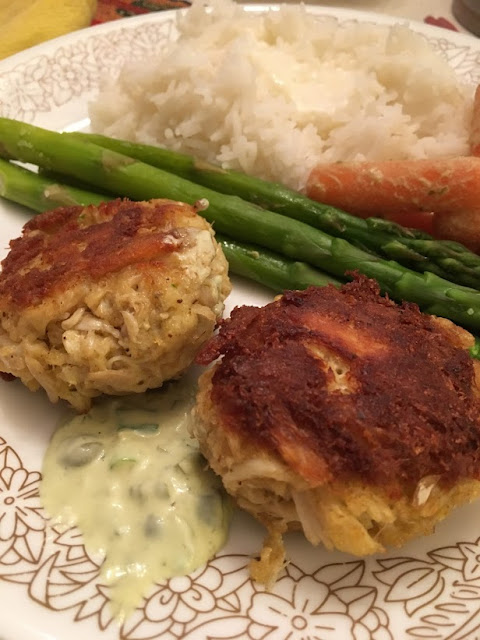 For Valentine's Day, my sweetheart made me a heart-shaped meatloaf. Mr Minx's meatloaf is the best. He uses the recipe from The Joy of Cooking, but adds a festive tunnel of cheese. Doesn't this look great? 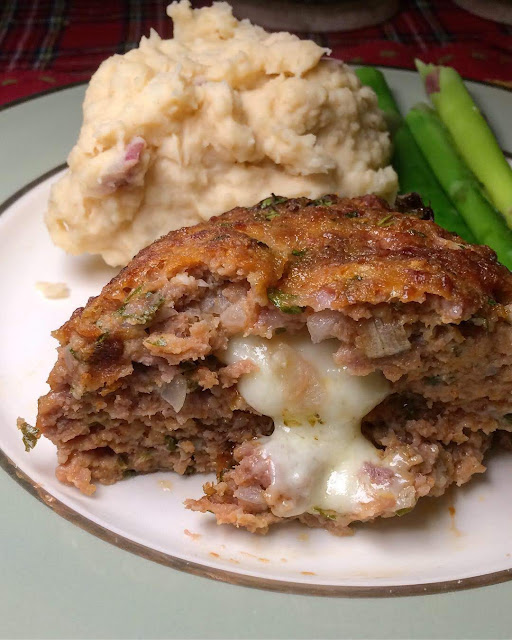 Shakshuka is a hot thing these days. Typically a tomato-and-bell pepper stew, it's often topped with eggs and served for brunch in the US. I am partial to the Lebanese version, shakshouky, which contains eggplant but not tomatoes and pomegranate molasses. In the dish pictured, I combined the two recipes to make my own, delicious, thing. 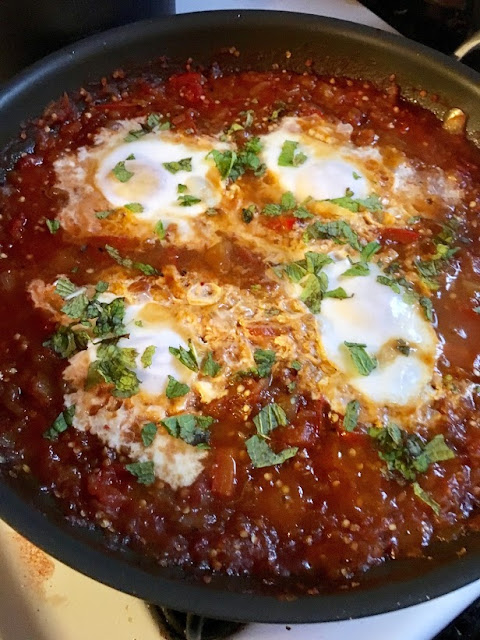 Some years ago, I had a creamy tomatillo soup at SoBo cafe. I reverse-engineered it in 2014, and then I made it again in 2019, this time adding toasted pumpkin seeds and sauteed shrimp. And perhaps too much yogurt, but it was still a great light dinner on a hot summer night. 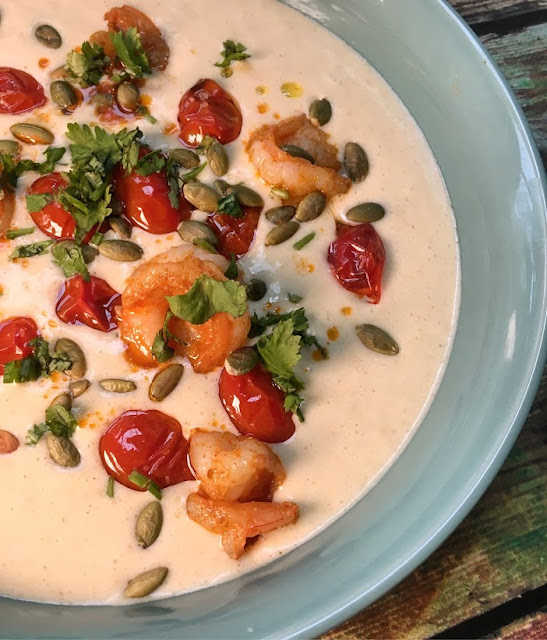 Last, but certainly not least, as they are my primary substitute for pasta these days: zoodles. I bought a spiralizer so I can make them myself, but sometimes I resort to using a Y-peeler to cut thin pappardelle-like strips from green or yellow squash. Topped with fresh ripe tomatoes from the garden, toasted pumpkin seeds, fresh pesto, cheese, and parsley, zucchini noodles are like the best cross between a pasta dish and a hearty salad. I hope to eat a lot more of them in 2020. 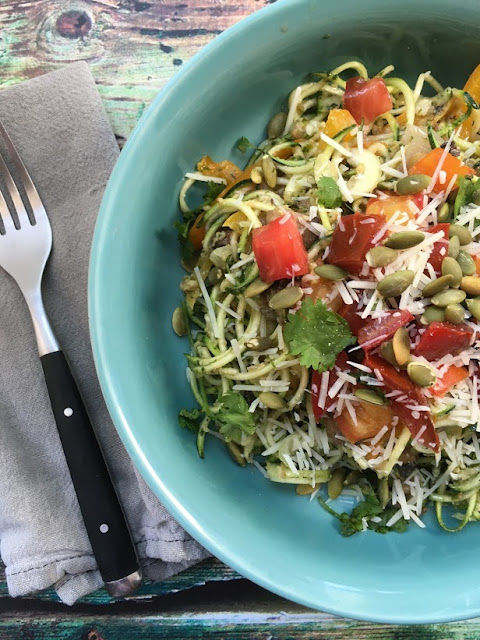 And that's it. See? Boring and mostly uncreative. But tasty.