Not all that long ago there weren't any good places to eat around the Charles Theater. (Before you start to argue, even the 80s doesn't seem all that long ago to me.) Once the theater expanded in the 90s, we got Tapas Teatro. Eventually Sofi's Crepes came along. And a couple of years ago the Cheapeake Restaurant re-opened to great fanfare after being closed for over two decades. And then it closed right back up again. Thankfully, Helmand Karzai, whose family owns Tapas Teatro, the Helmand, and b Bistro, came in to make the historic space really work. The new restaurant became Pen & Quill, after the original Chesapeake's cocktail bar. Helmand's wife Naomi became bar manager while her sister, Bella Kline, took over the kitchen as executive chef. These changes have made the northeast corner of Charles and Lanvale the place to be once again .

We were invited to partake of a media dinner to taste Chef Bella's food. Though young, she's got serious French technique and the creativity to pair it with unusual ingredients. Some of the items we tasted were on the winter menu, but there were also some dishes she was trying out for spring. No matter the season, all were enjoyable. 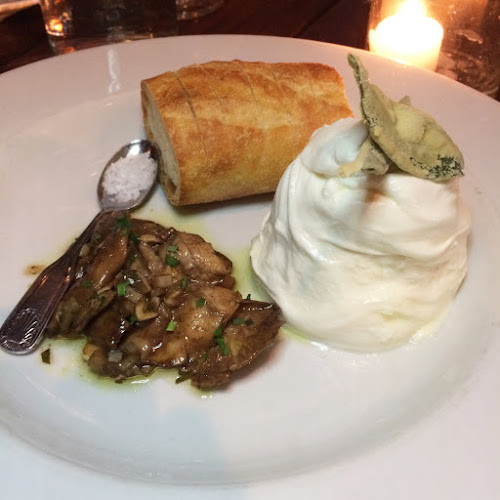 We started off in the lounge with three kinds of oysters on the half shell, accompanied by a charcuterie plate boasting a terrific house-made sausage of pork spiced merguez-style with cumin, coriander, and chiles. We continued our meal in the cute private dining room that would be perfect for a large family dinner or a small party.

The first course included house-made burrata, a mountain of mozzarella filled with mascarpone and cream. Marinated mushrooms cut the richness, and a thoughtful spoon of salt was included so diners could adjust seasoning to their liking. We thought it was perfect as is. 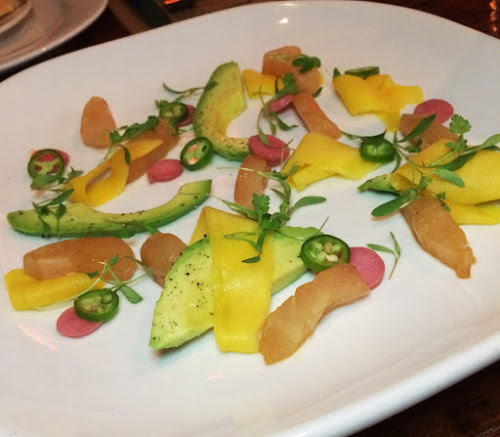 One of the dishes for spring is the hamachi crudo, a plate of clean flavors including radish, mango, serrano pepper, and avocado. The serrano and tuna are a match made in heaven, at least to The Minx's palate. This dish would be a refreshing choice for a warm day. 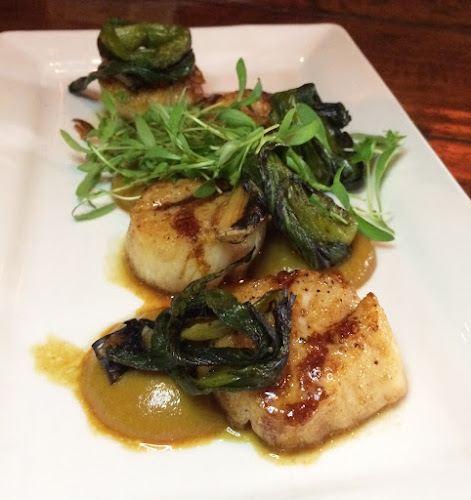 An example of Chef Kline's ability to mix classic technique with unusual ingredients is her dish of perfectly seared scallops accompanied by banana ketchup. While nobody in their right mind would put tomato ketchup anywhere near a scallop, the banana-forward sauce was only lightly sweet and added a nice taste of the tropics to this dish, which also boasted grilled scallions and a soy glaze. We also had a lovely dish of fried polenta with baba ganoush, fresh artichoke hearts, and marinated feta over baby greens. A salad yet not a salad, hearty but light, a dish sure to please most vegetarians.

Another vegetarian dish was the smoked beet reuben. It's is exactly what you would expect: the traditional elements of braised sauerkraut, Russian dressing, and Swiss cheese on grilled rye bread, but with smoked beets replacing the usual corned beef. It sounds strange, but somehow it works quite well. The Minx was crazy about it. 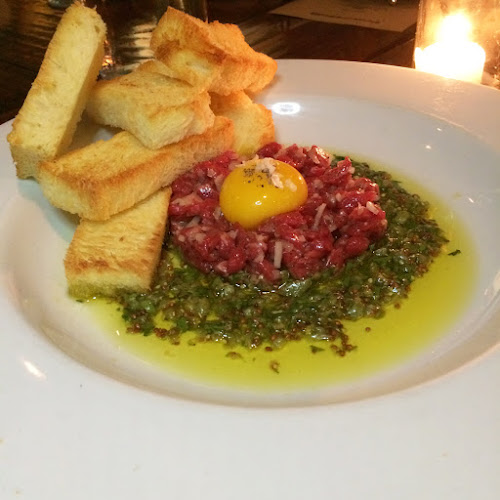 The beef tartare was unctuous and very fresh-tasting, served with soft brioche toasts and a broken gribiche (traditionally, a gribiche is a mayo-based sauce reminiscent of a remoulade or tartar sauce, but with hard cooked egg in place of raw egg). The chef's "everything" spices brought a great deal of flavor to the plate as well. 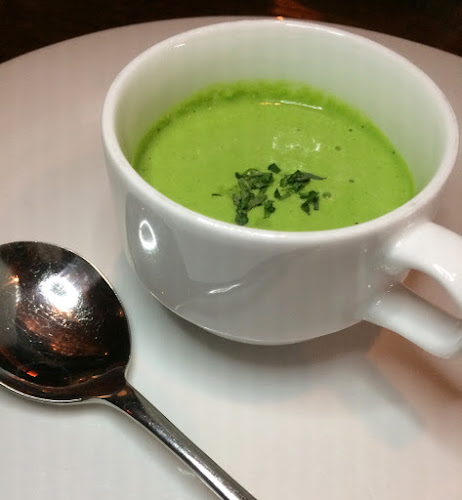 A creamy take on a green gazpacho included "all the green vegetables" and was delightfully smooth and flavorful. 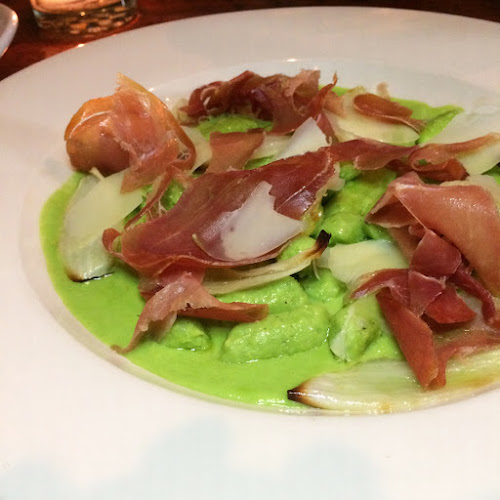 We also tried the parsley Parisian gnocchi--bright green pillows of parsley and Parmesan goodness topped with Serrano ham. The green soubise was rich and possessed a strong onion flavor, which was reinforced by the addition of smoked Vidalia onion. 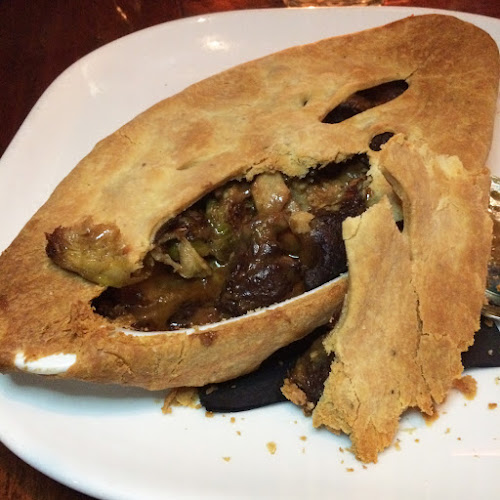 As if we weren't already quite full, we were presented with a lamb and garlic pie filled with vegetables and topped with a savory pepper crust. In addition to the tender lamb, it was fun to decipher the selection of veg inside, which included Brussels sprouts and potatoes. I love this kind of rustic cooking and found this to be my favorite dish of the meal.

We were really impressed with Bella Kline's dishes and are happy that the old Chesapeake Restaurant building is finally being put to good use. The bar looks like a fun place to hang out, and the drinks list includes local brews, a careful selection of wines, and some creative cocktails. We only tried a gingery Pimm's cup, but would love to go back for more. We'd also like to try Bella's steamed buns and amazing-looking fried chicken sandwich.