The Minx and I each had dined at the old Phillips location in Harborplace on numerous occasions going back to the restaurant's opening in the 80s and including a couple of times in recent years. Since they moved to Power Plant, however, we've never had the opportunity to check out the new digs. So when they invited us to a media dinner to sample their current menu, we jumped at the chance. 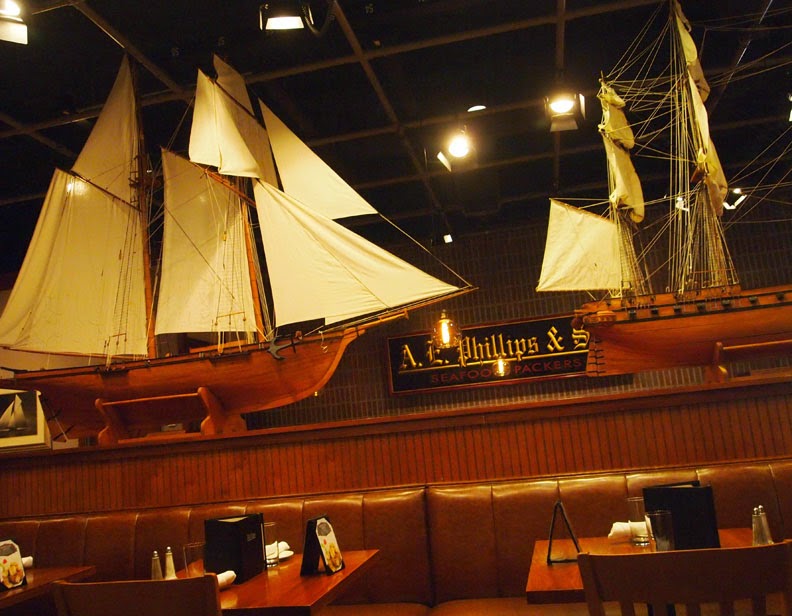 The first thing that struck me as we were escorted to our table was that the decor is more refined than the 80s mall version of a seafood joint that the old Phillips had. Dark wood, plush booths and banquettes, and chandeliers indicate that they want to be taken seriously as a fine dining establishment. The giant sailing ships are a nice touch as well. 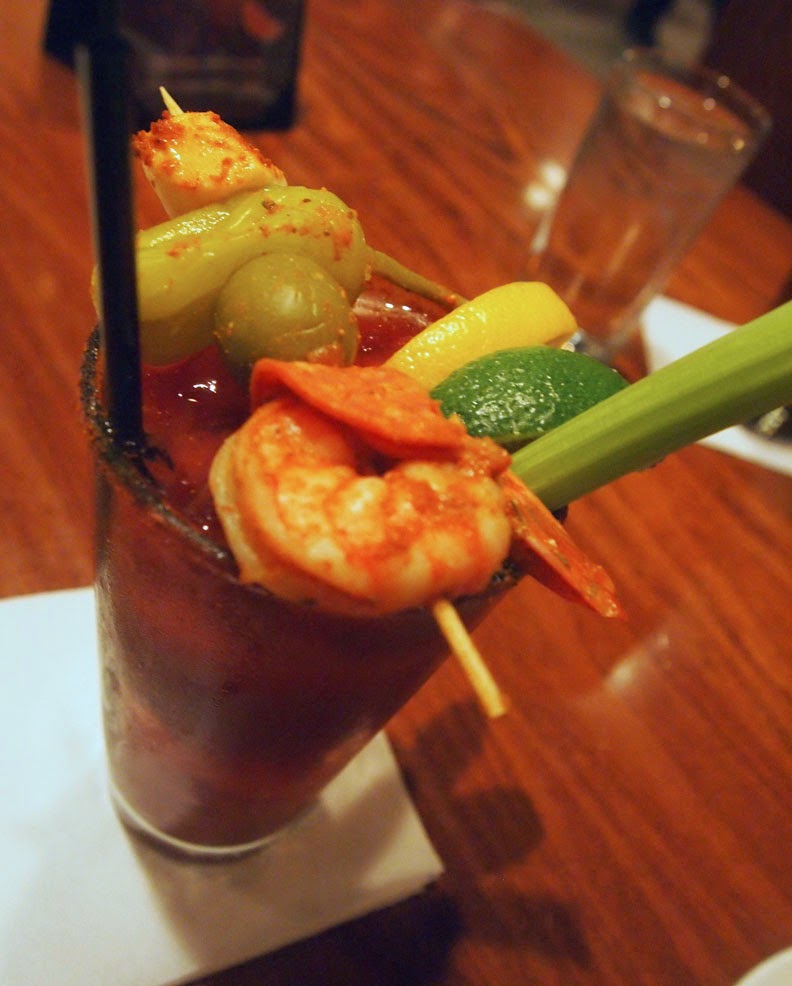 We started with drinks and, although it was dinner time, the Minx opted for the Bloody Mary. I chose the Phillips Amber Ale made by Heavy Seas under the Clipper City brand. The Bloody Mary was rather mild without the usual overwhelming flavor of Worcestershire sauce, and only lightly spicy. But there was a bonus skewer of shrimp, olive, pepperoncino, pepperoni, and cheese to nibble on, making the drink somewhat of an amuse bouche. My ale was light and smooth, no doubt brewed to go well with crabs and other seafood. 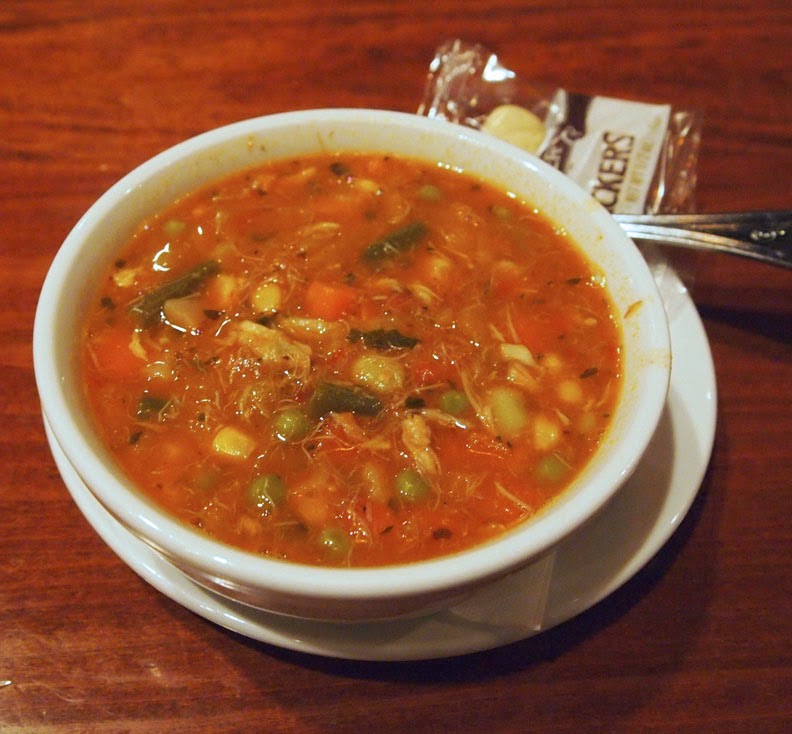 In ordering, we wanted to try a blend of traditional and newer dishes, so we started with a bowl of the crab vegetable soup. My mom had a few dishes that she made particularly well and crab soup was one of them. This crab soup tasted just like hers, so I was quite pleased. Not too spicy so the flavors of the vegetables and the crab (both in ample quantities) could shine through. 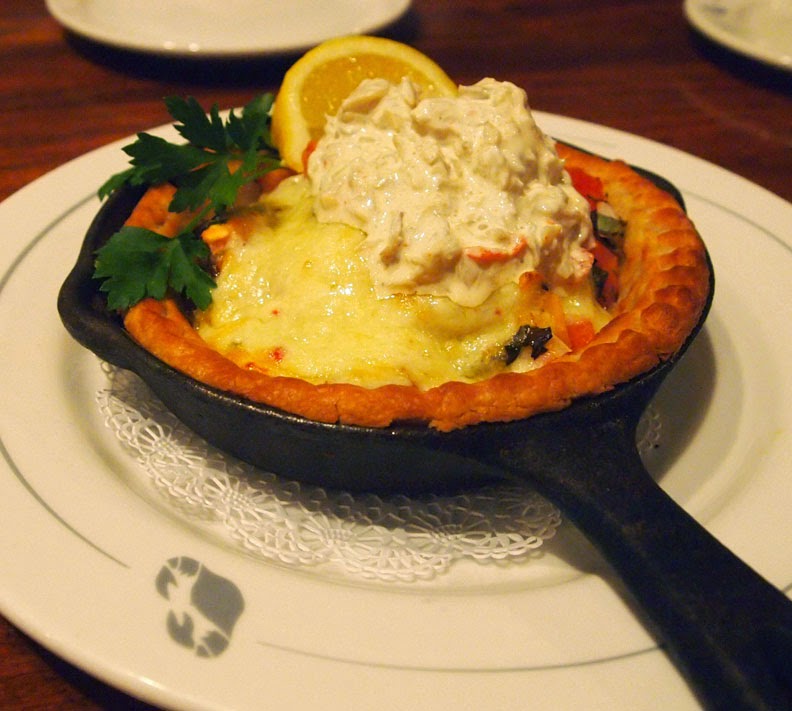 In the new category, we tried the warm tomato pie. I was envisioning some sort of tomato aspic in a pie shell, but this buttery-crusted pie contained chunks of fresh tomato baked just long enough to warm them. The tomatoes are topped with a roasted pepper aioli and dolloped with what the menu called "sherried crab" but was in actuality a cold crab dip, creating a rather nice blend of textures, flavors, and temperatures. 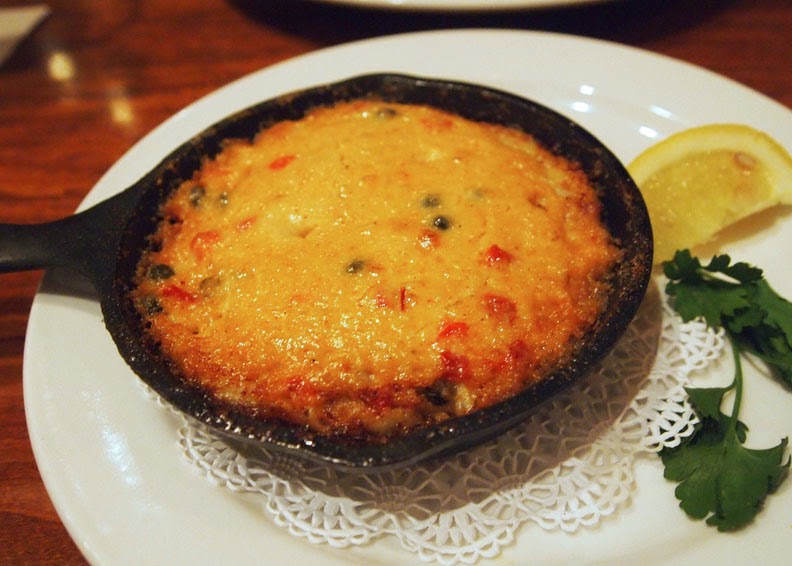 For our entrees, we thought the grilled rockfish with crab imperial was a traditional Baltimore choice. Rather than placing the crab imperial on top of the fish, it was served in a separate mini-skillet. I dolloped the creamy side dish on top of the fish anyway. It just seemed right. The rockfish itself was quite substantial and perfectly cooked. I also appreciated that the crab imperial was not overly mayonnaisy like some preparations I've had. It was nice and creamy with a bit of crust from broiling the top. Although Phillips is all about the seafood, I have to say the vegetable (asparagus and potatoes with the platter, snow peas, baby carrots, red onion, and potatoes with the rockfish) were exceptional. Lightly sauteed, they retained a nice bit of crunch; the potatoes had tender, almost creamy, insides and crisp skins. 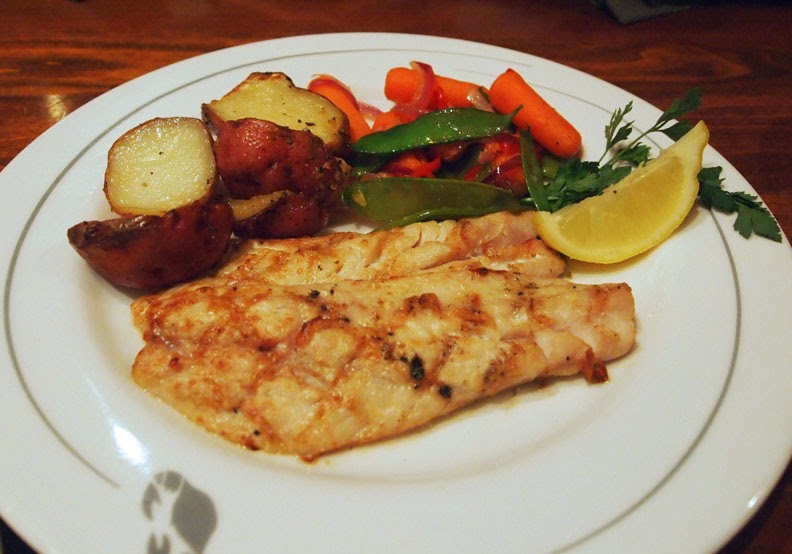 The Minx thought we should also try the classic seafood platter featuring salmon, crab cake, and a shrimp skewer. The shrimp had a mild sweetness to them and the salmon was moist and tender. The crab cake on the platter is not jumbo lump crab meat like their Ultimate Crab Cake preparation, but a more traditional style cake with backfin. Still, if I was wandering around the Inner Harbor all afternoon and stopped in to Phillips for a hearty meal, this would really please my soul. 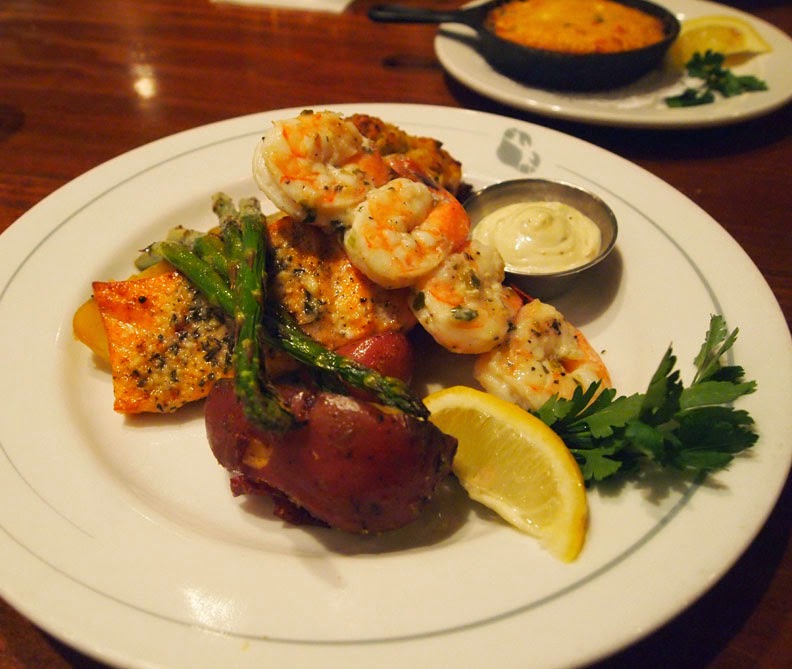 We were too full to order dessert, but our waitress tempted us by bringing over the dessert tray anyway. We eventually acquiesced and ordered a slice of their lemon cream Smith Island cake to go. Made on Smith Island, this variation on the classic is bright and rich at the same time. Thin layers of yellow cake are mortared together with lemon curd and topped with a cream cheese icing. We ate it as a snack just before going to sleep. Not a bad way to end the day. 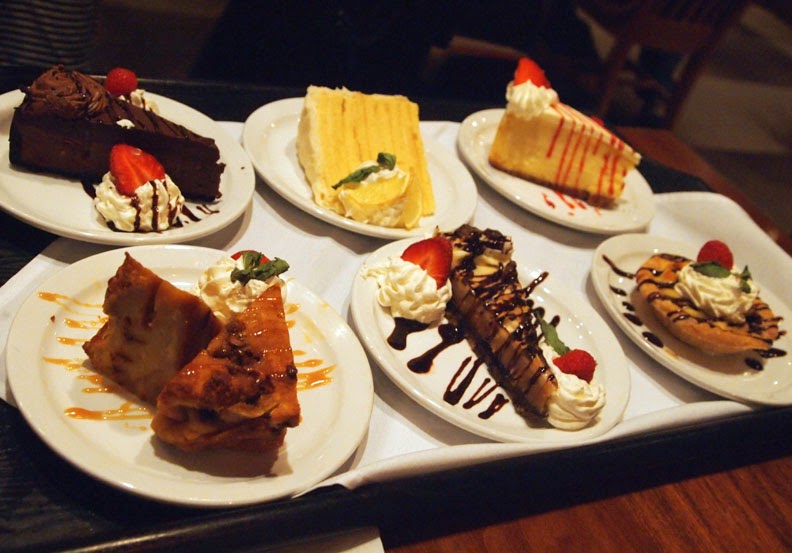 Phillips Restaurant has weathered the myriad of changes that have occurred in the Inner Harbor over the past 35 years and it has managed to stay up-to-date while honoring the traditional seafood dishes that have made it a Maryland culinary staple. Their current menu of food and libations reflects the trends of today without alienating those who are looking for a crab cake or some raw oysters on the half shell. And despite being a Wednesday in March, the dining room was packed with additional patrons waiting in the lounge, even at 6:30.