I don't know why I got it my head to make tapas for Memorial Day. Not exactly traditional, is it? I thought it would be a good excuse to get out the grill and cook up the leg of lamb that's been in our freezer for a while. Not that lamb needs excuses. Nor is tapas the most popular way to accompany it. But once I get something in my head....

Since Mr Minx had to fiddle with charcoal and all that, I thought it would make it worth his while to toss some chicken breasts on it too, to eat later in the week. Then I invited my brother, which killed the leftovers idea. 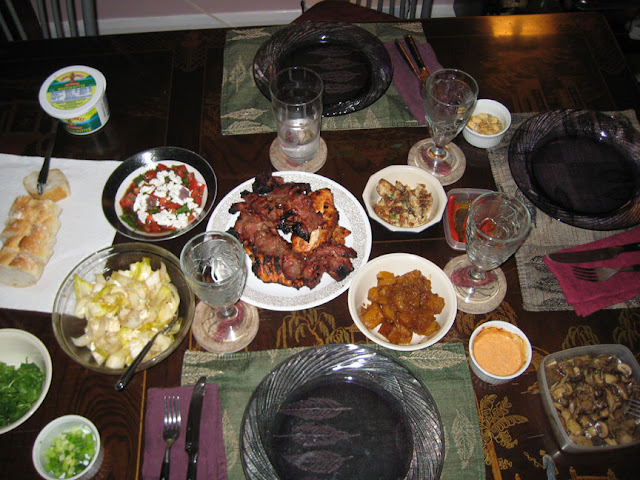 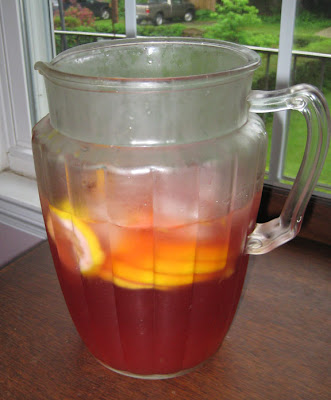 I tried to get a good combination of textures, flavors, and temperatures going and think I was pretty successful. 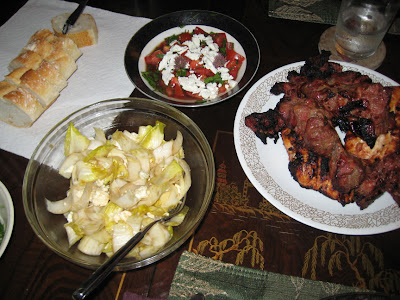 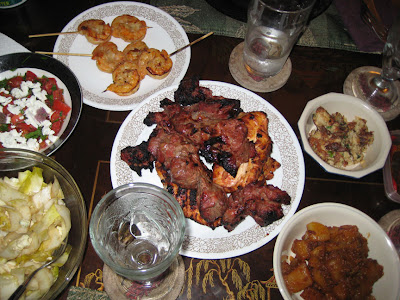 The potato recipe called for Spanish chorizo, which I could not find at Giant. Go figure. However, I always have Mexican chorizo in the freezer so used one of those. Being raw, they have a very different texture, and are flavored primarily with annatto. Unfortunately, the pimenton called for in the recipe was quite masked by the annatto. The potatoes were tasty anyway, but I will endeavor to make them with the proper chorizo next time.

The marinated mushroom recipe came from a little tapas cookbook called Tapas Fantasicas that I got for Christmas a couple years back. Sherry vinegar is very...pungent...so I was worried that the mushrooms would be too tart. I used a combination of baby bellas and shiitakes, and it really was quite delicious. I'd make them again.