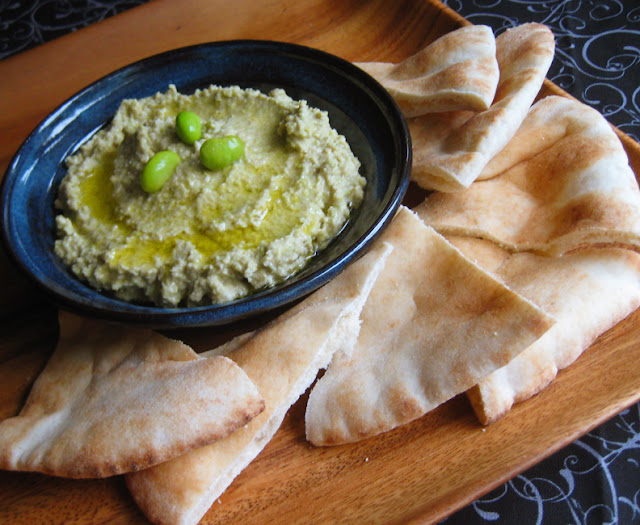 I've been on a hummus kick lately, have you noticed? I really do love the stuff and would eat it more often if it wasn't normally made with chickpeas. Those little bastards give me such intestinal distress, I can't even look at them without getting gassy. In their place, I've been making hummus with just about every other bean under the sun, mostly with success.