So Anne Thornton has apparently been canned from the Food Network for plagiarizing recipes. She denies it. While some of Anne's ingredient lists largely resemble those used in recipes penned by other people, she does usually change a few ingredients and re-words the method. (Check out David Leibovitz' article on recipe attribution.) Do you think she deserved to be fired?

*Check out the original video clip for this recipe. Notice that she does dictate the ingredients for Toll House cookies. Now check out the official recipe on the Food Network site - it's been altered quite a bit. What gives? 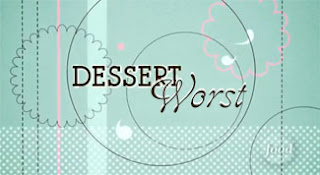 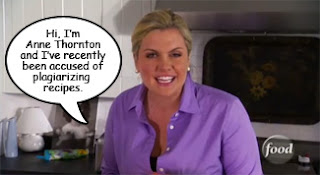 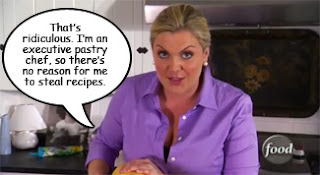 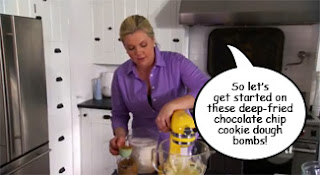 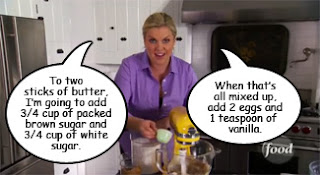 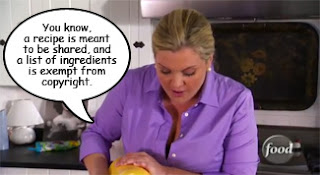 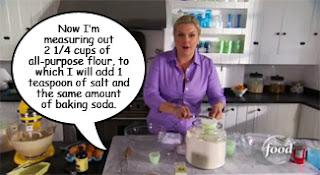 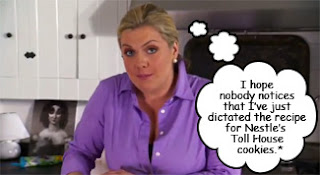 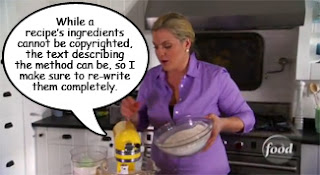 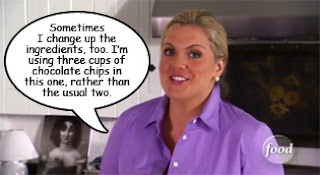 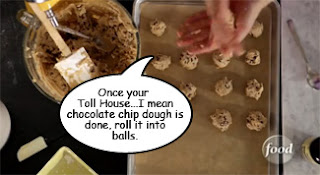 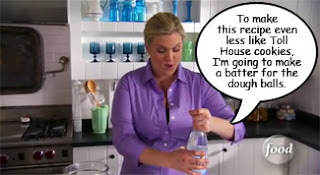 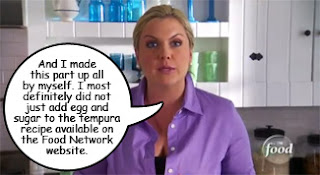 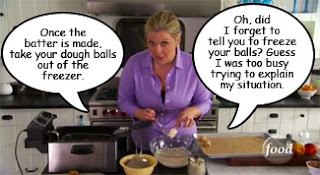 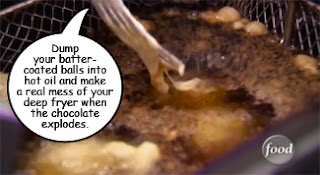 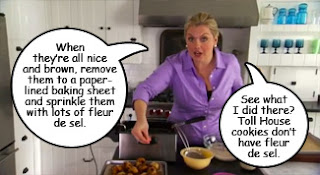 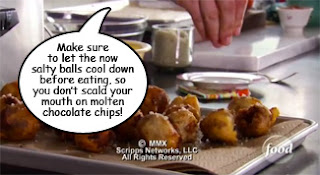