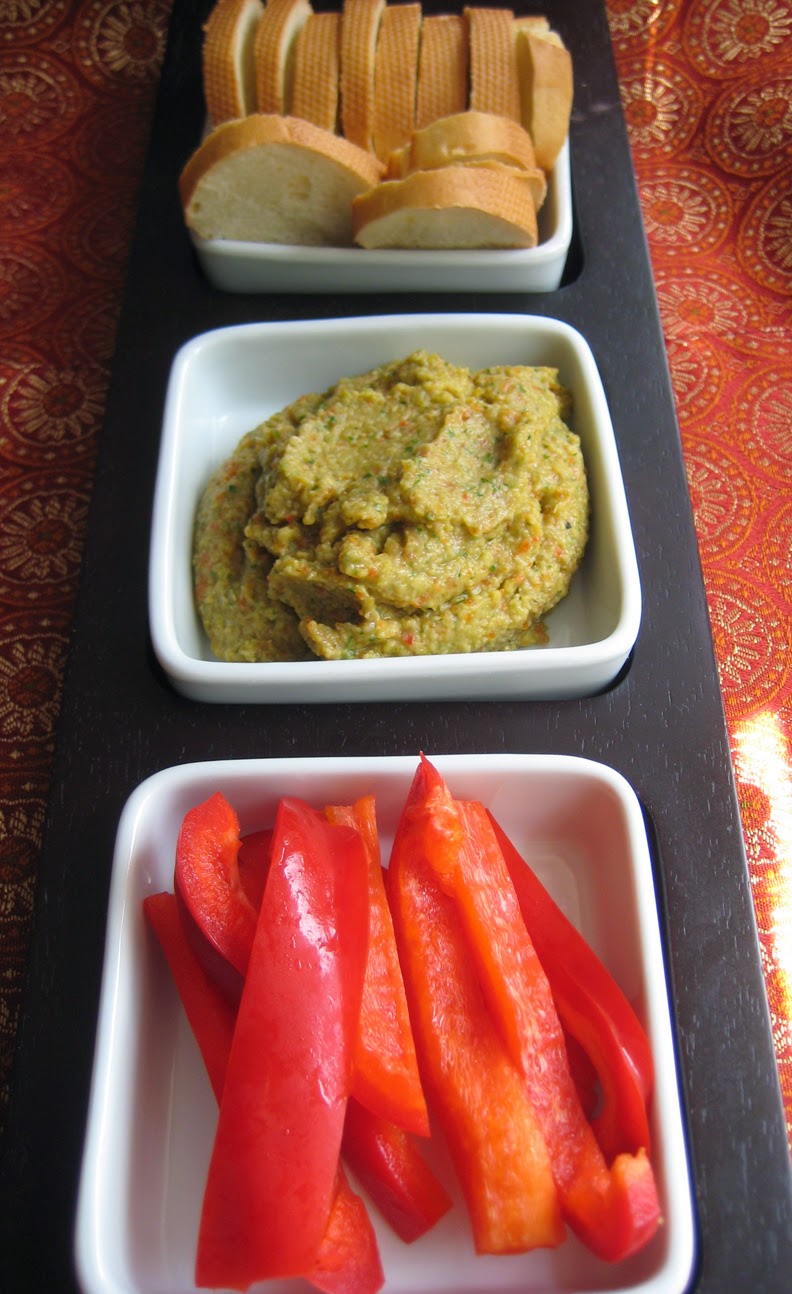 Anyone in Baltimore remember Paolo's? When the Harborplace location opened, it became one of my favorite downtown restaurants. I was first introduced to (the now impossibly dated) raspberry vinaigrette at Paolo's, and the concept of tapenade as "butter." Back then, most restaurants offered butter with their bread--the whole olive oil thing hadn't quite caught on yet in Baltimore. Paolo's served bread sticks and a tasty green olive-based tapenade.

I loved that tapenade, and usually requested more. One of the restaurant's hosts worked with a theater company that I also did some work for, and I was happy to see him bring a veritable vat of green olive tapenade to a company party. Thinking back (waaay back), I probably parked myself in front of it and ignored the other guests (most of whom I didn't particularly like--I think that was true of 90% of the members of this particular group).

Flash forward about a decade to the early 2000s, when Mr Minx and I had dinner at the Towson Paolo's. During our meal, we noticed something rank-smelling. We checked on the table and under the table before realizing it was the crab on his pasta dish. We never went back. Rotten crab aside, I still enjoyed the tapenade. And the raspberry vinaigrette. (I still like both.)

For some reason, that tapenade popped into my mind, and I decided to email my contact at Paolo's parent company for the recipe. Before I did that, I checked the restaurant's Web site (there are still Paolo's in DC and Reston) and found it there. It seemed like a good thing to make for a Stitch-n-Bitch snack. So I did. I reduced the recipe by half and still ended up with a quart. The original also called for chickpeas, which don't sit well with me, so I used cannellini beans instead. 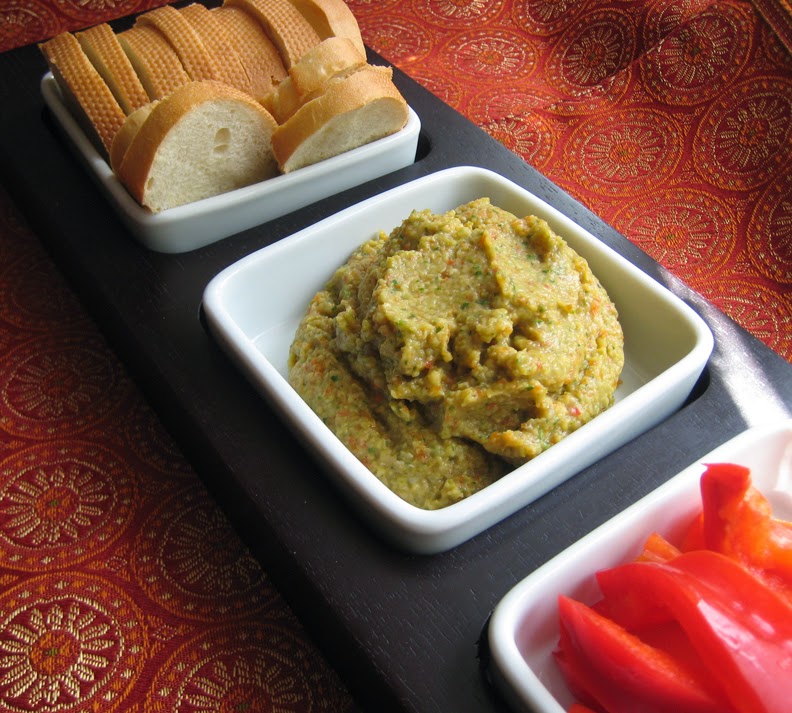 It wasn't quite as I remembered it--I think the chickpeas are probably crucial--but it was really good. I enjoyed it, and my fellow stitch-n-bitcher enjoyed it too.

Split eggplant in half. Place cut-side-down on a microwave safe plate. Cover with plastic wrap. Microwave on high for 10-15 minutes, until soft and deflated. Remove from microwave and allow to cool.

When cool, scoop eggplant flesh into the bowl of a food processor. Add the beans, olives, bell pepper, parsley, garlic, and half the olive oil. Pulse to a puree. Add the remaining olive oil and season with pepper. Pulse to combine.

Serve with crostini or crusty bread.