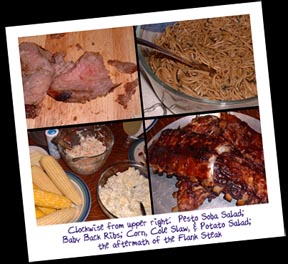 It was a lot more work than taking Dad out for dinner, but in the long run, it was worth it!
Posted by theminx