I had long heard that Flushing, Queens, was Mecca for Chinese food lovers, a paradise of mom-and-pop dumpling shops, full-scale restaurants, and shopping center food courts hawking hand-pulled noodles made on the premises. I had been to Flushing once before, to dine at Guan Fu with my friend Daisy. Now that I was an old hand at riding the 7 train, I thought I'd take Mr Minx with me for a dumpling adventure.

I had found an article that suggested several dumpling-centric restaurants on and around Flushing's Main Street, and I dutifully noted names and addresses in a file on my phone. Thus armed, we were ready to feast.

Only, the majority of signs in Flushing are in Chinese. As are the people. I have never felt so white. But we pressed on to the first place on the list, which we could not find. We stood in front of the building, looked everywhere for an indication of a basement restaurant, then gave up and went to the second place on the list, White Bear. Thankfully, they had a dual language sign. The #6, wontons in mild chile oil with pickled mustard greens was the suggested dish; indeed every person that entered the shop ordered it. 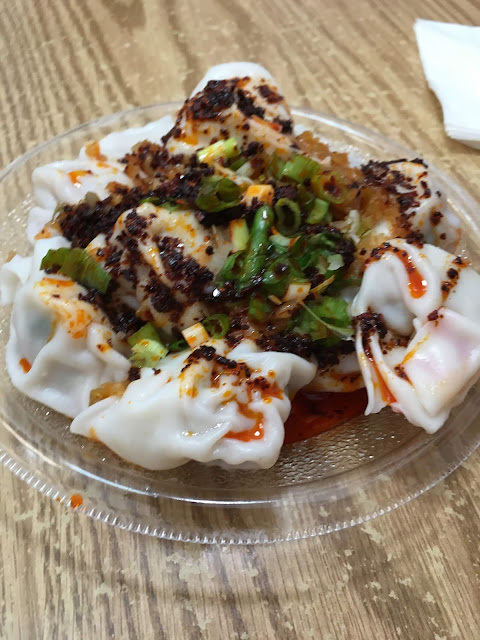 While the oil and chiles were plentiful, they were also quite mild, which made these juicy pork dumplings a pleasure to eat. And they came 10 for $6, which made my wallet sigh with relief.

The next place on the list specialized in xiao long bao, or soup dumplings, but it had closed. With our one-out-of-three success rate, we immediately gave up wandering up and down the street and headed straight for the New World Mall. I was pretty sure we'd find multiple goodies in which to indulge there. And we did.

A working knowledge of Chinese would have really come in handy. Thankfully there was the occasional English word here and there on signs. Lanzhou Handmade Noodles was our next stop for stir-fried noods with lamb. It seemed that most folks were ordering their noodles in some sort of soup, but I figured that would be difficult to share without it getting messy. The portion we got was huge (especially for $10), and while the noodles were perfect, the dish as a whole was a little bland. I should have gone back for tiny cups of chiles and mustard greens, but we were stuck in the middle of a shared table, between couples and families with babies, and I didn't feel like struggling my way back through the pack. 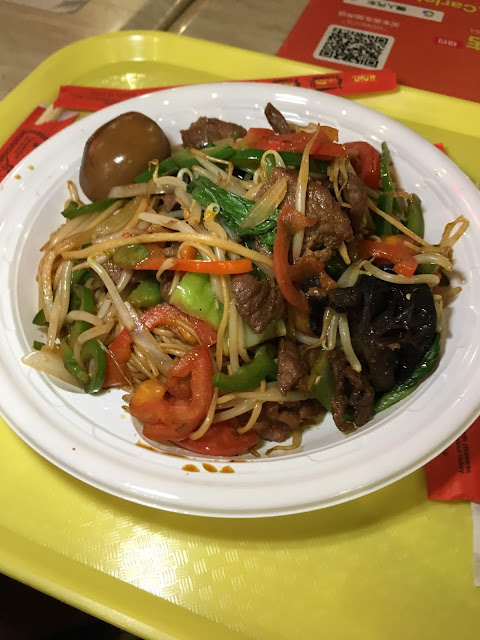 Bubble tea was next on the agenda, since by that time we were thirsty and running out of our supply of bottled water. We usually go to Gong Cha, since there's one near the hotel we usually stay in, so I chose to try Kung Fu Tea instead. The flavors are much the same between the two, with options for tea with or without boba (large chewy tapioca balls), with or without milk, and in varying flavors. I got the wintermelon for Mr Minx, and a matcha black sesame for me. The sign clearly states that consumers can choose the amount of sugar and ice for their drinks, but for some reason the chick behind the counter didn't let me. I never have that issue at Gong Cha, so I will stick with them in the future. 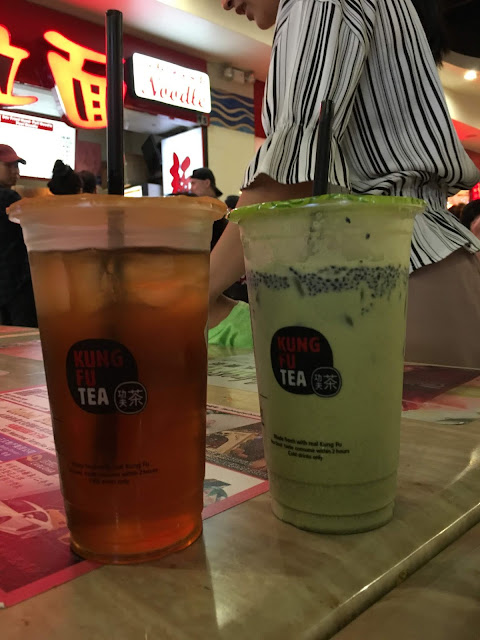 Then I spotted Fish Dumplings. Or rather, I spotted a sign with large Chinese characters above small letters that read "dumplings," and made a bee-line. There were two women behind the counter, one taking orders and the other making the wrappers in a way that suggested that she had been doing it since practically birth. I wish I had videoed the whole process, as it was fascinating. We ordered pork and cabbage dumplings with chile oil, and for the hell of it, some filled with lamb and carrot. 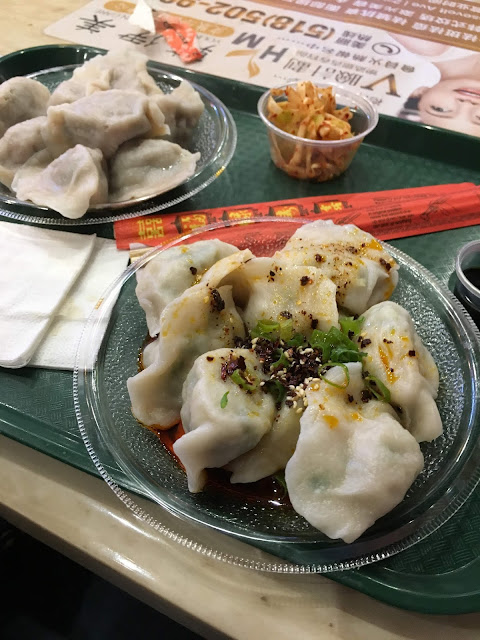 While the pork dumplings were fine, they were boring compared to the lamb-filled ones. They didn't look like much from the outside, but inside they were juicy, lamb-y, and so well-seasoned, they didn't need a dunk in black vinegar or soy sauce. So fab, I wished I had ordered two of those and skipped the pork.

The pork dumplings weren't nearly as good as the ones from White Bear, to be honest. 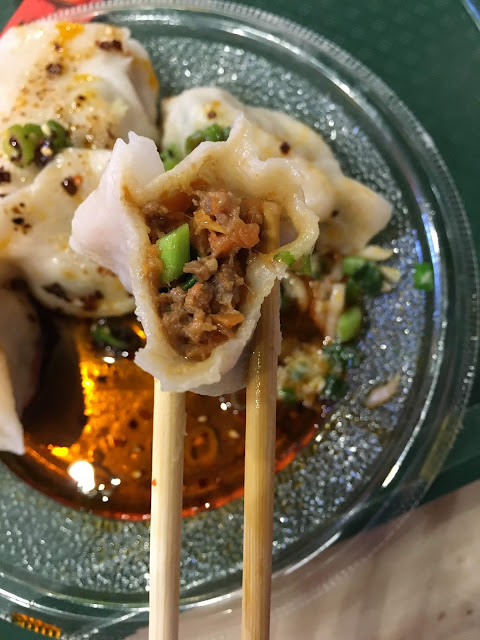 After three orders of dumplings and one of noodles, we decided to head back to Manhattan and have a nap. We weren't scheduled to have dinner until 10pm, so at around 7 we stumbled down the street to Sauce Pizza, which I swear wasn't there when I was in NY in June. 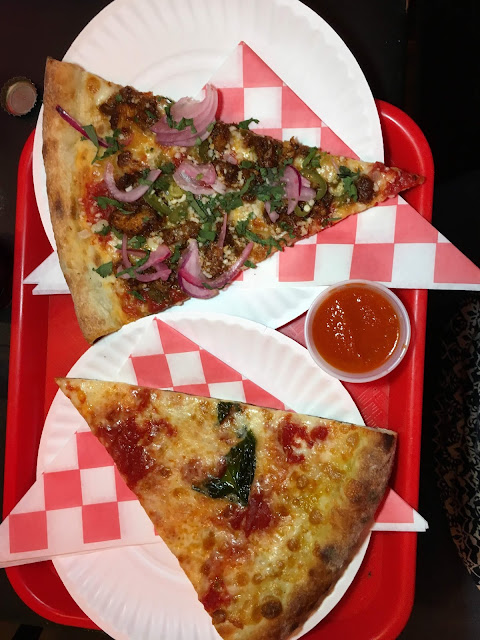 I ordered an al pastor slice (yes, that is a common taco filling) and Mr Minx had an upside down (cheese first, then sauce). We also got a BOGO bonus of cheese slices. It was all good, with tasty toppings and thin foldable crusts. I'm glad there's good pizza in "my" NY neighborhood now.